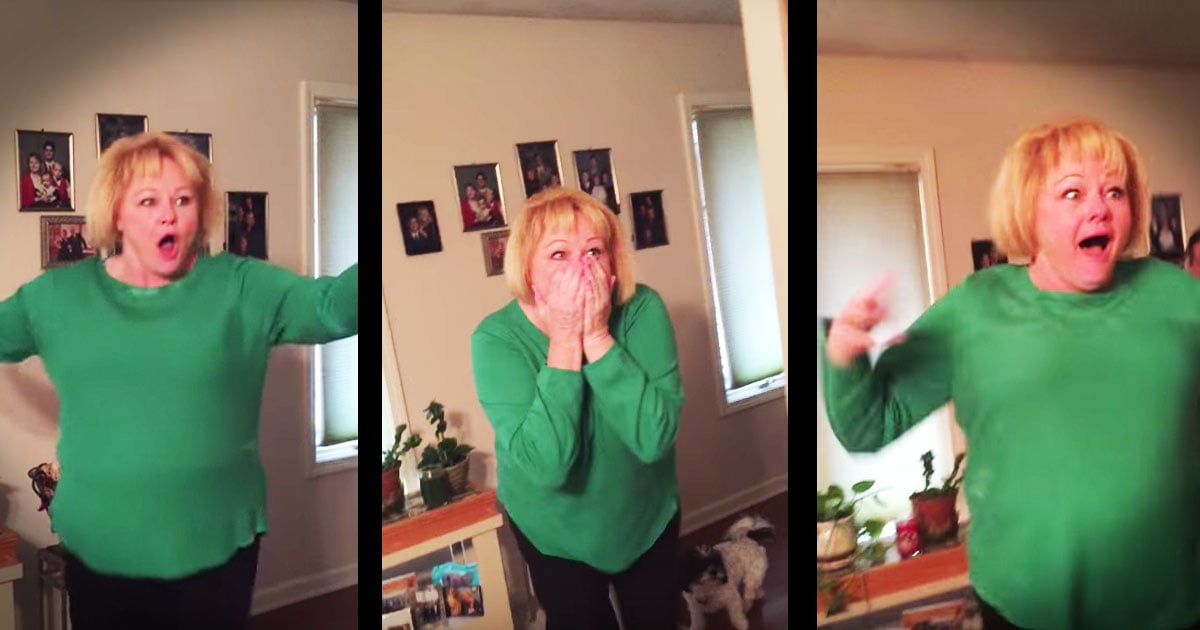 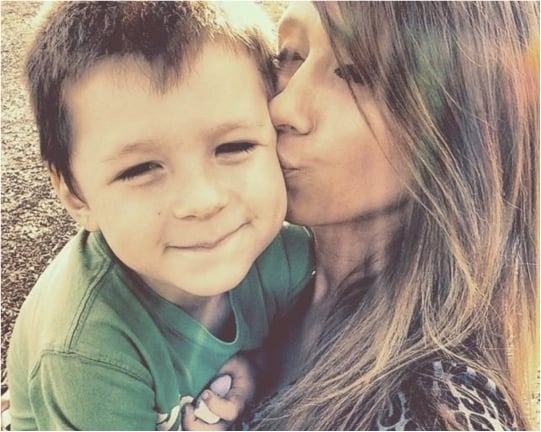 Nikkole Paulun has faced her share of criticism after having her son, Lyle, at the young age of sixteen. And according to a post on her Facebook page, she admittedly has made her share of mistakes as a young mom. But it's never too late to change, and Nikkole realized that's exactly what she needed to do when she found out she was pregnant with her second child — a sweet girl she named Ellie. 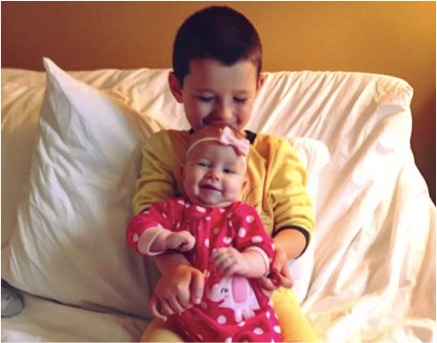 Since finding out she was pregnant a second time, Nikkole has worked hard to turn her life around. She gave up the "party life," got herself out of an abusive relationship, went back to school, mended the relationship with her mother, and many other positive changes. And most importantly, she found God. 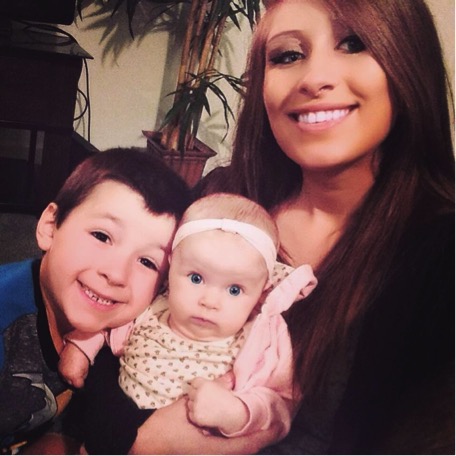 Now, her life is focused around raising her kids right. In an effort to teach her 6-year-old son responsibility and respect, the two have started the sweetest monthly tradition. And when Nikkole wrote about it on Facebook, the Internet went crazy!

Read on to hear what has sent hearts soaring across the web. . . 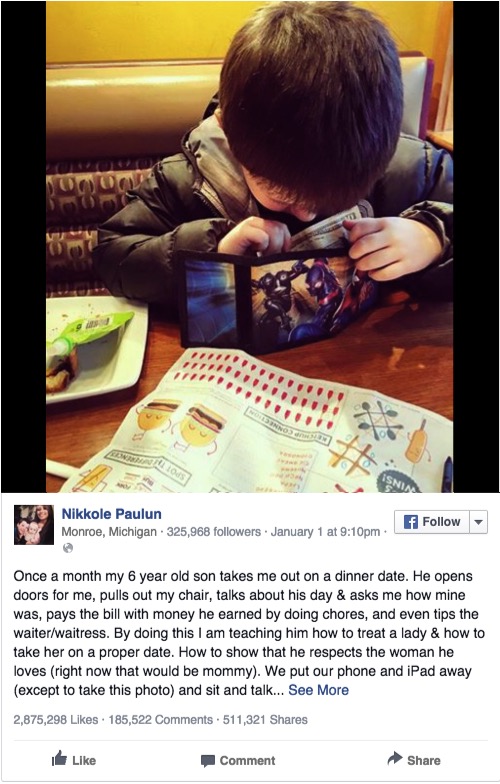 Once a month my 6 year old son takes me out on a dinner date. He opens doors for me, pulls out my chair, talks about his day and asks me how mine was, pays the bill with money he earned by doing chores, and even tips the waiter/waitress.

By doing this I am teaching him how to treat a lady and how to take her on a proper date. How to show that he respects the woman he loves (right now that would be mommy). 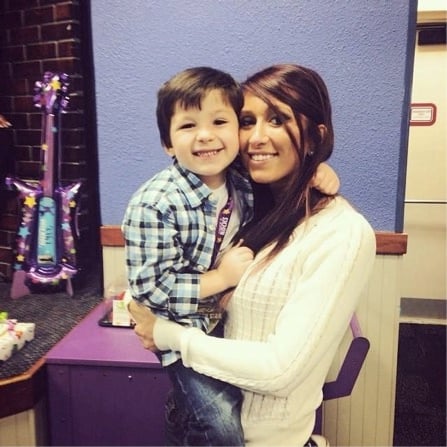 We put our phone and iPad away (except to take this photo) and sit and talk to each other about our days, things we want to do, etc. I’m teaching him proper table manners and that it’s rude to sit on your phone on a date with your mom or with anyone else.

He learns the value of money and how to manage it. He learns how to do math as we add up what we want and make sure we have 15% of it to leave for a tip. Yes he is young but I believe this is something he should learn now. It’s never too early to teach your child how to properly respect others, especially women. As a woman who has been abused & treated like crap in the past, it’s extremely important to me that I teach my son how to show respect. Too many men these days have no idea how to treat women or how to take them on a nice date. It’s nice to know my son won’t be one of them.

Since Nikkole posted this on her page, it's been shared over 500,000 times and liked by more than 2 million! Overall the response has been overwhelmingly supportive, though some have said it seems unfair to make little Lyle spend his own money. But Nikkole explains that is by his choice:

"He enjoys doing it. It makes him happy. I would never force him to do something he didn't want to. He prefers to spend his money doing something special with me than to spend money on toys. He already has his game station, toys, and things he wants. He's very thrifty with his money and refuses to spend on things he thinks he won't really use. I give him extra money to be able to do this lol having a special day for just us two is something he truly cherishes and looks forward to, as well as using his money to pay the bill."

We applaud Nikkole, not just for the wonderful lesson she is giving her son, but also for all of the positive changes she has made in her life. We pray she will continue to follow God and walk on the path He has prepared for her and her children.

Now watch this little boy give his daddy the sweetest goodbye! 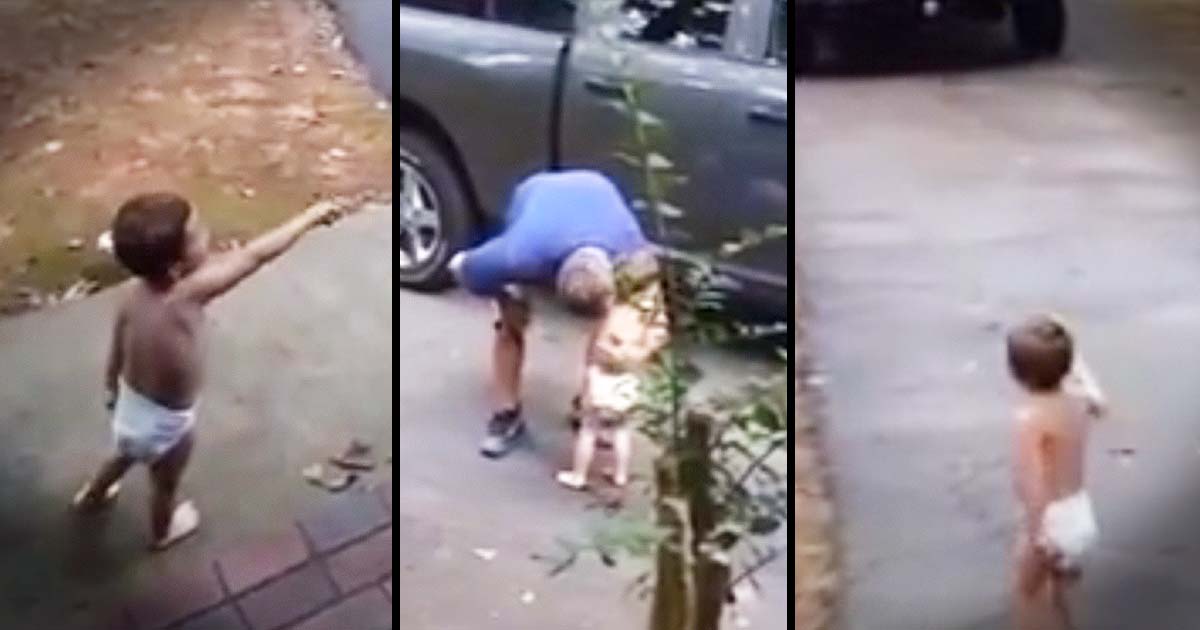 This navy mom had a very special birthday surprise for her son!