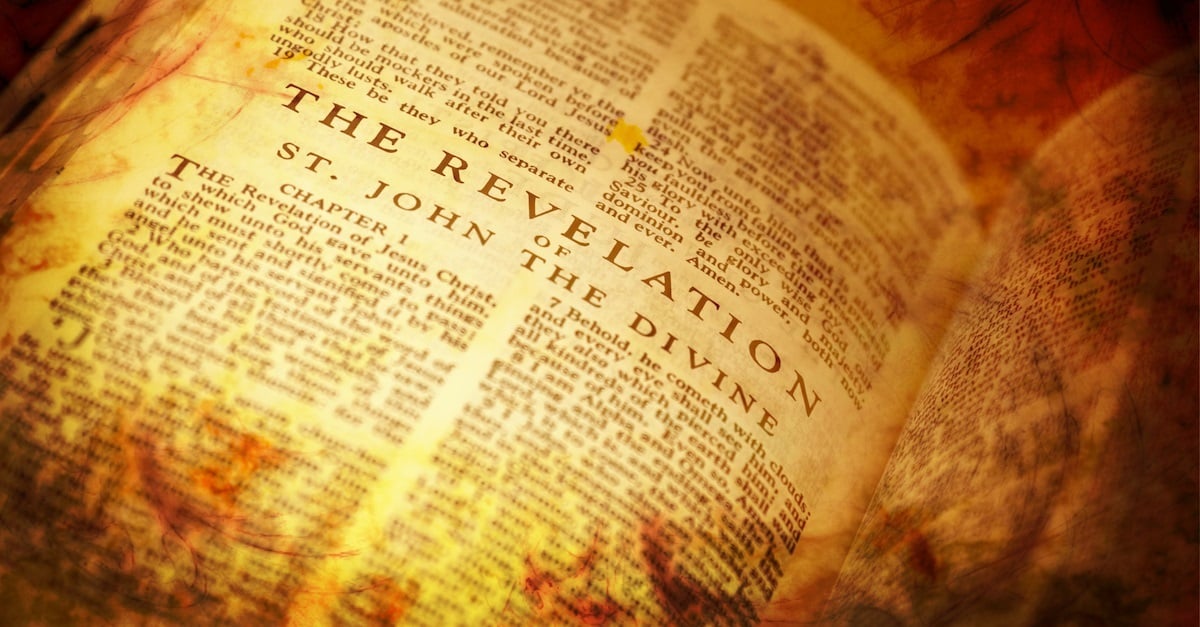 7 Powerful Keys to Unlock the Book of Revelation
Read Article »

It’s amazing to think that after all this time, The Last Supper painting continues to hold it’s audience captive. It’s considered one of Leonardo da Vinci’s masterpieces, but it almost didn’t survive! What else do you not know about this painting? Whether you spend time trying to name all the disciples, or attribute thought bubbles to each one as they are captured in the moment Jesus announces his betrayal– there is so much to take in!

For those who are unfamiliar with the biblical event, the “Last Supper” was the final meal that Jesus shared with his disciples (close followers) before he was crucified. In keeping with the Jewish holiday, it is believed to have been a Passover meal celebrating the Jews’ escape from slavery in Egypt. It was during this meal that Jesus announced he had been betrayed by one of his closest followers (John 13:21) – this is the moment frozen in time by da Vinci.

RELATED: 20+ Easter Hymns Your Church Should Be Singing This Year

Leonardo da Vinci started his famous painting, The Last Supper, in 1495. After several failed projects, it may have been taken on to merely “pay the bills”. Being 43 years old at the time, Leonardo was quickly falling behind what some would have assumed his potential dictated. He hoped that this work would turn things around and make his mark on the art world.

7. The Last Supper – Story of a Painting Experiment Gone Wrong 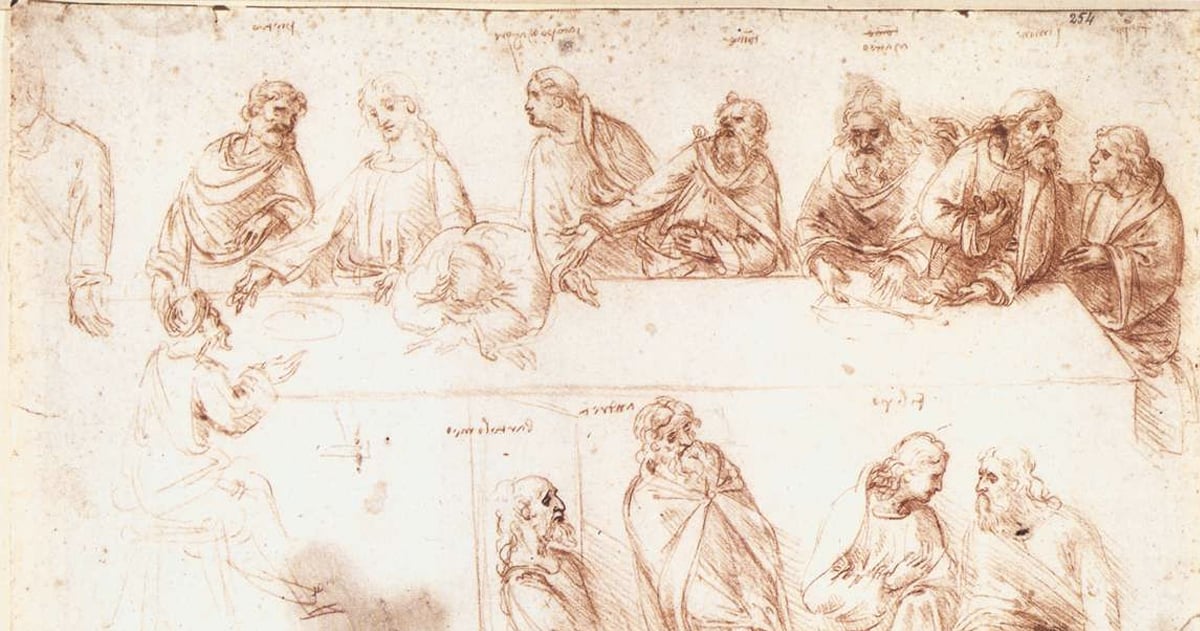 When the project was given to him, Leonardo da Vinci was new to painting frescos (murals). This was the largest work that he had attempted to that point (15 x 29 feet to be exact). Leonardo’s work is actually not a fresco, however. Knowing he needed time to work on the painting, he decided to experiment with beautiful pigments directly on the established plaster. Unlike traditional frescos, he decided not to mix the colors in with wet wall plaster directly. This choice meant that the painting hasn’t fared as well as it should; the paint was already beginning to flake by 1517, less than 20 years after completion! 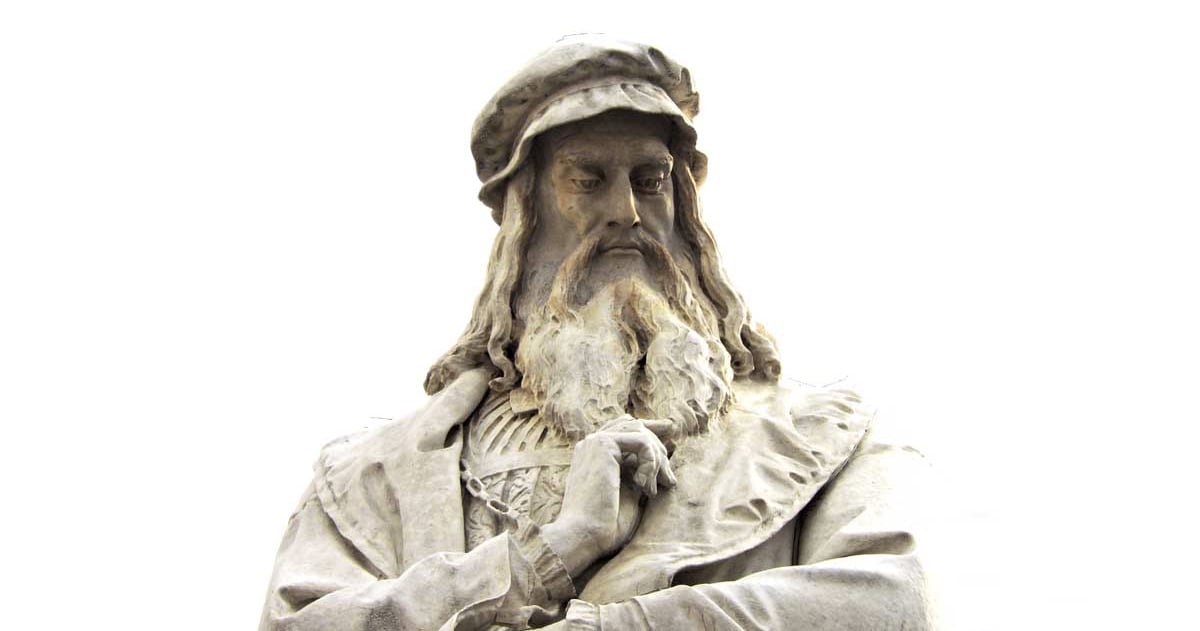 Leonardo had a reputation of not finishing his work. With The Last Supper, he hoped to make a name for himself and truly create a masterpiece. This goal was quickly achieved. Unlike many famous paintings, da Vinci was able to see the importance of this work in his lifetime. When Leonardo completed his mural, it was instantly popular. Historian and author Ross King has spent years researching the mastermind that was Leonardo da Vinci.

“It was the most copied painting of the next century - not only in paint, but also in marble, wax and terracotta,” King shared. “Everyone wanted a version of it. Leonardo had finally created the ‘work of fame’ about which he dreamed.”

RELATED: 3 Powerful Prayers Jesus Prayed To God (And You Can Too)

5. The Last Supper – Survival Of The Fittest 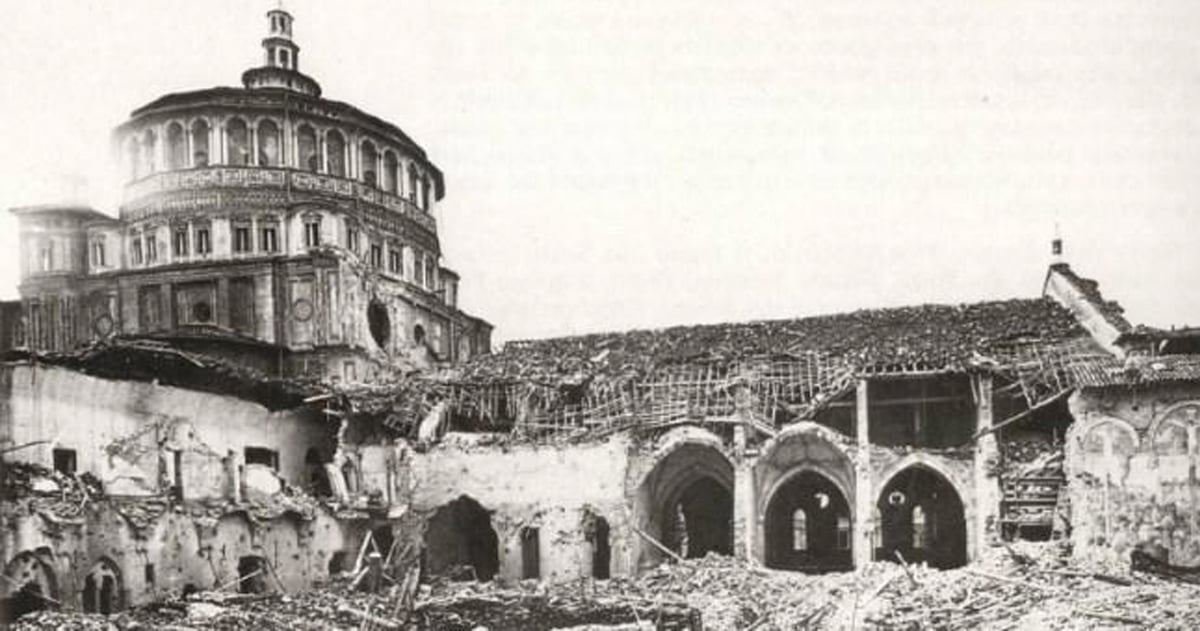 The Last Supper has been through its share of trauma. Twenty years after it’s completion, the painting began to chip and fade. The church was not motivated to preserve it. They cut a door into the painting directly through Christ’s feet which were painted in crucifix-style to foreshadow his death on the cross. The painting was no longer seen as an important piece of history.

During the Napoleonic Wars, troops were housed in the church itself. There they used the painting as target practice. Much of Jesus’ face sustained damage. As patrons of religious art began to value the painting again, preparations were made for World War 2. 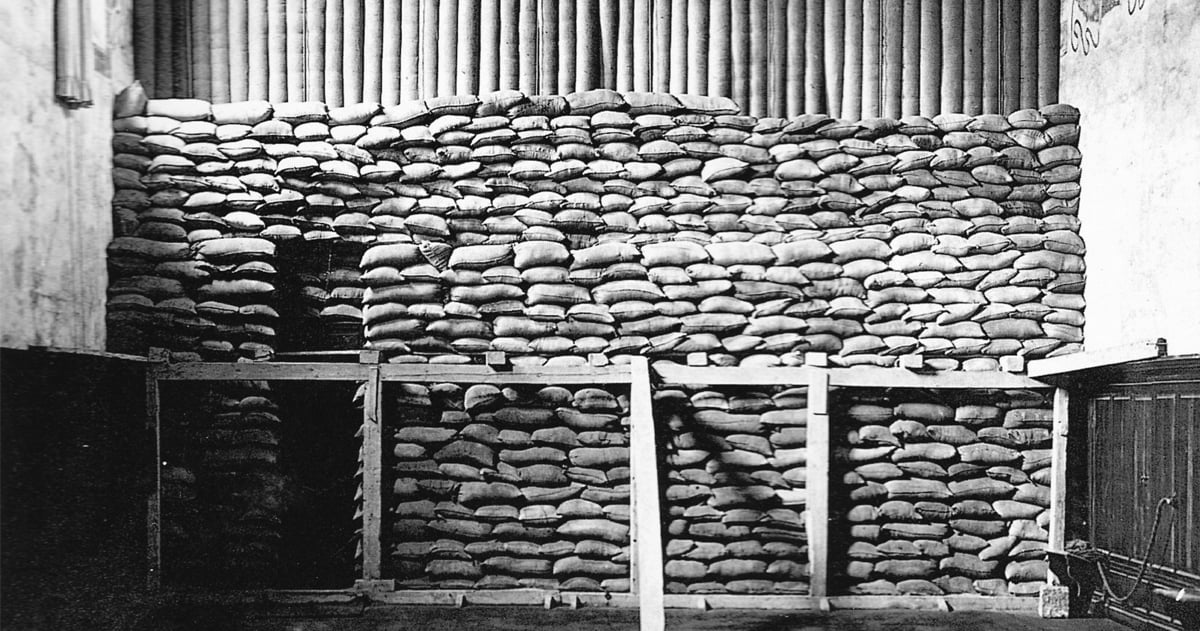 Scaffolding and sandbags were placed against the painting in hopes of protecting it. These efforts proved valuable when a bomb landed close to the church, destroying it’s roof and many walls. But The Last Supper remained! 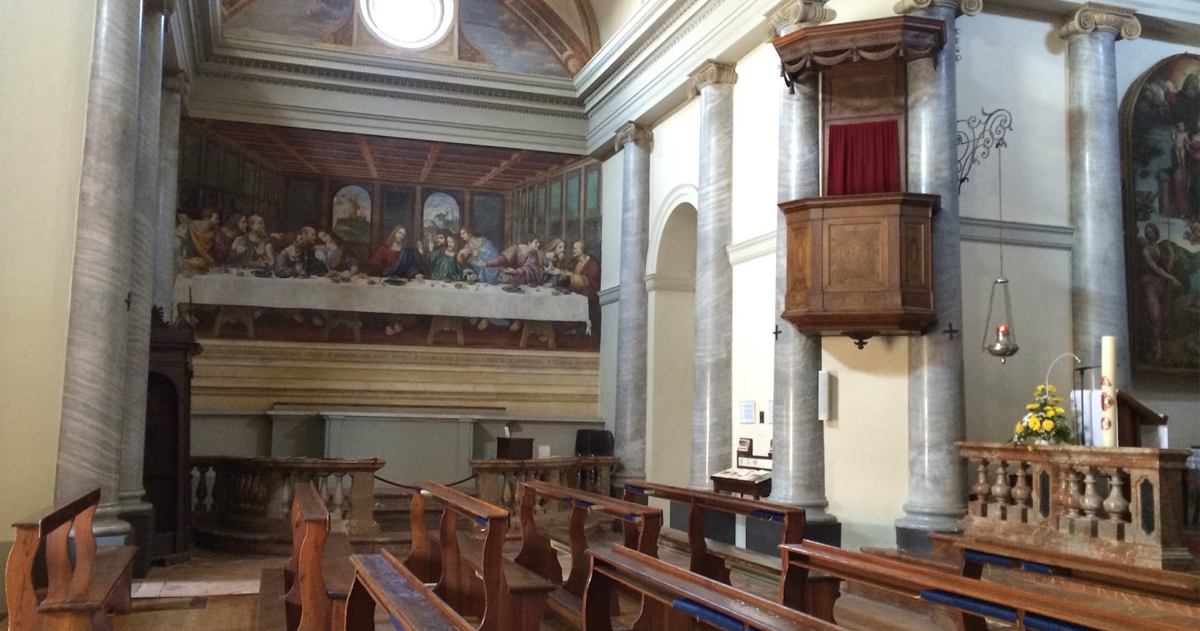 credit: My Hikes In Switzerland Blogpost

Two other almost exact replicas exist of The Last Supper. Believed to be painted by Leonardo’s assistants, the copies are both in well-preserved states. Perhaps they chose to recreate the piece as a true fresco? One is held in the Royal Academy of Arts in London and the other decorates the Church of St. Ambrogio in Ponte Capriasca, Switzerland.

It is these copies that give us an idea of what da Vinci’s masterpiece would have looked like had it survived in better condition. There are many who choose to skip the lines and 15 minute viewing time to see The Last Supper in Switzerland instead of Italy! 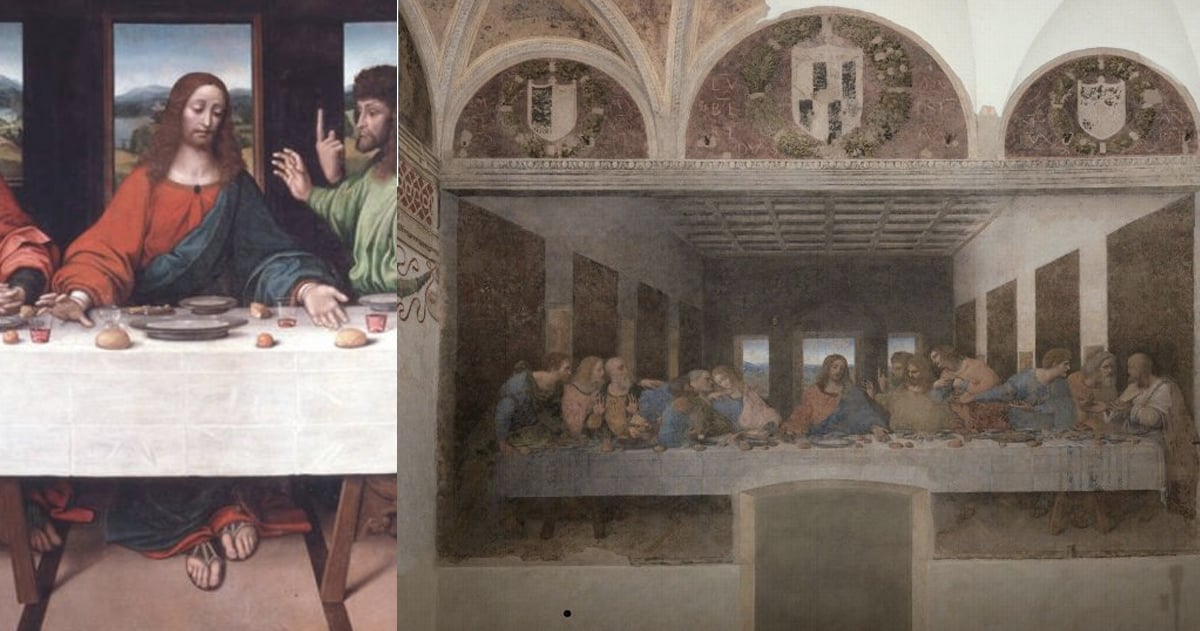 During the era of the Italian Renaissance, art was more than just a visual experience. The painters of the day were commissioned to create works by wealthy patrons and churches. Their works were designed to educate and influence those viewing the work. In the case of The Last Supper, da Vinci’s masterpiece was no exception.

While he chose to push the envelope with how he created the work, the importance of the “teachable moment” was not ignored. In The Last Supper, each disciple was carefully placed, their actions and expressions not left to chance. Leonardo placed each detail with great thought – Jesus’ originally had feet, intentionally placed in “crucifix style” to foreshadow that which was to come. Unfortunately, the importance of this part of the painting was no consideration when in 1652 a doorway was cut directly through the bottom central half of the painting, whereby eliminating a key element of foreshadowing!

RELATED: 9 Fruits of the Spirit Prayers to Pray to Be More Like Jesus

In keeping with wanting to influence viewers of his work, da Vinci’s The Last Supper displays more Italian cultural aspects than Jewish ones. Relating his painting to the people of his era, da Vinci was careful to present a historical moment frozen in time that was easily understood by its viewers. The accepted religious traditions at the time were Catholic. Many of the elements in The Last Supper reinforce the cultural faith practices of the day. 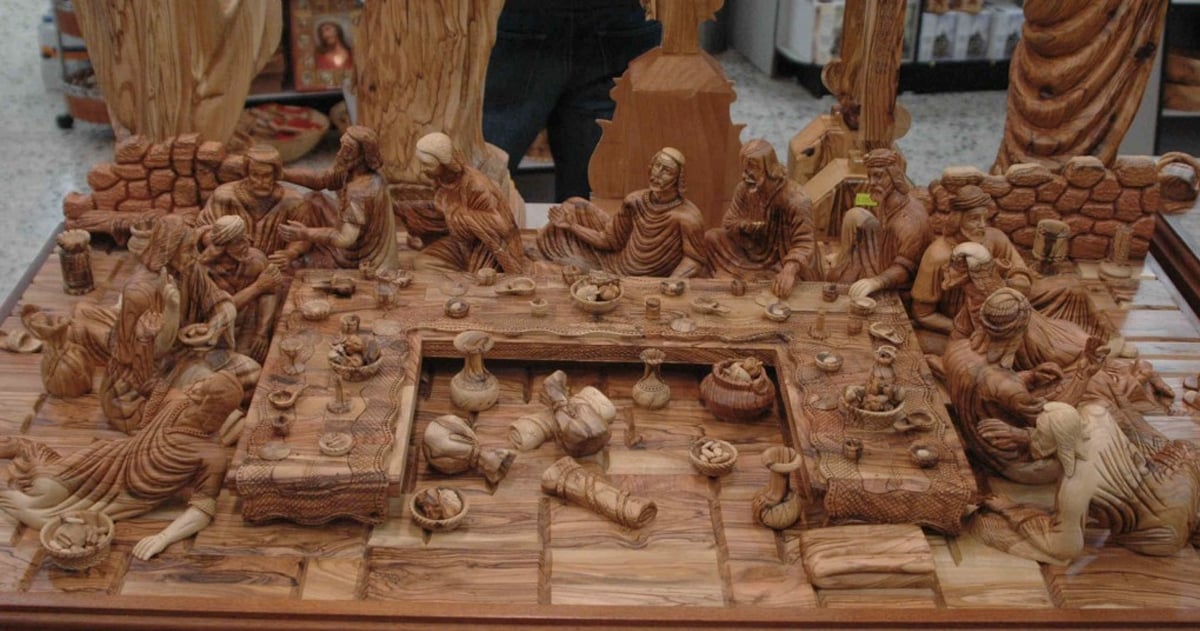 Believing that the last supper shared by Jesus and the disciples was a Passover meal, there would have been strict dietary requirements. Round loaves of Italian bread would not have been on the menu. But there are even more obvious issues with the image many of us associate with the story of the biblical last supper.

If indeed it was a Passover meal, it would have been held at sunset. No sunlight pouring through what is obviously an Italian landscape and not Jerusalem. Understandably, da Vinci wanted to show all of the disciples seated at the table– but the disciples likely were lounged around a low U-shaped table. Even the robes worn by the disciples are painted in a very romanticized view of the era.

While it cannot be proved, da Vinci was probably not asked to paint an historically accurate last supper, but rather the essence of the event. A visual to encourage response and connection with it’s viewers. Rumour has it that da Vinci roamed the streets and even prisons of Milan to find the inspirations for the faces of the disciples. Thus creating essentially a beautiful Italian representation of this important moment in the lives of the disciples.

1. The Last Supper – Leonardo’s Painting, Or Not? 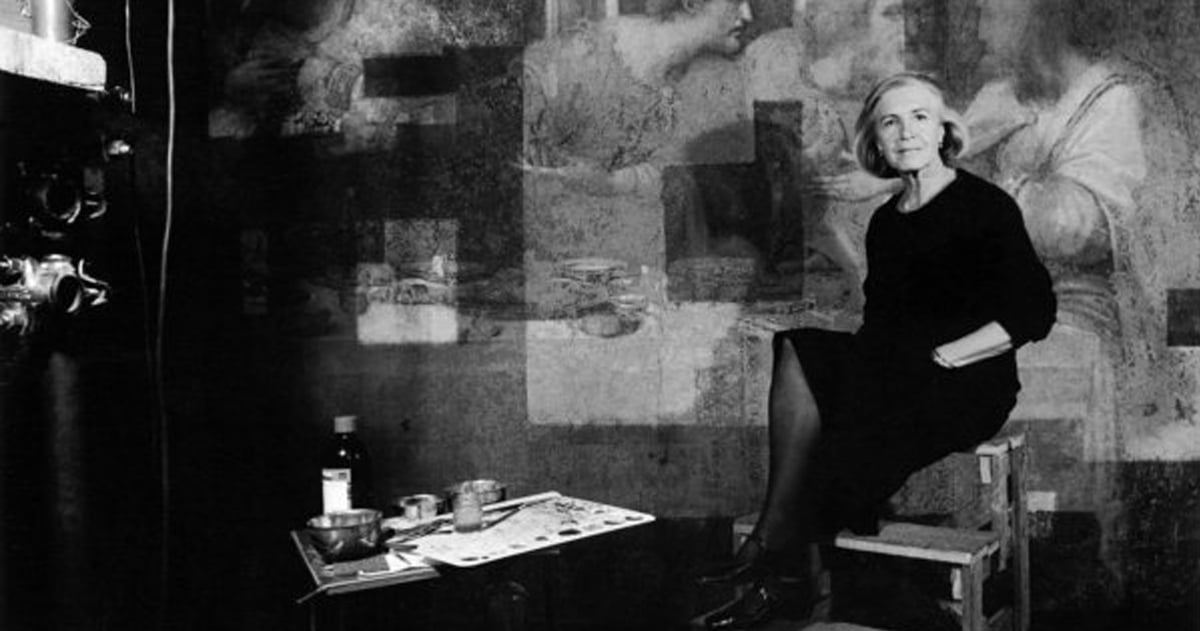 The painting that is viewed today, while mesmerizing, is actually the restored work of Dr. Pinin Brambilla Barcilon started in 1978. Only 20% of the original painting is assumed to have survived years of “fixing”. In 1770, Giuseppe Mazza repainted all but three of the faces and then in 1821, Stefano Barezzi, attempted to transfer the entire painting onto canvas. Understandably, both of these attempts seriously damaged the already fragile work.

Mauro Pellicioli in 1949 did the most extensive restoration to date by trying to reseal the painting with shellac. Enter Dr. Barcilon in the 1970’s, who had new technology to introduce – xray! Here’s what the painting looked like before she began her 20 year restoration project: 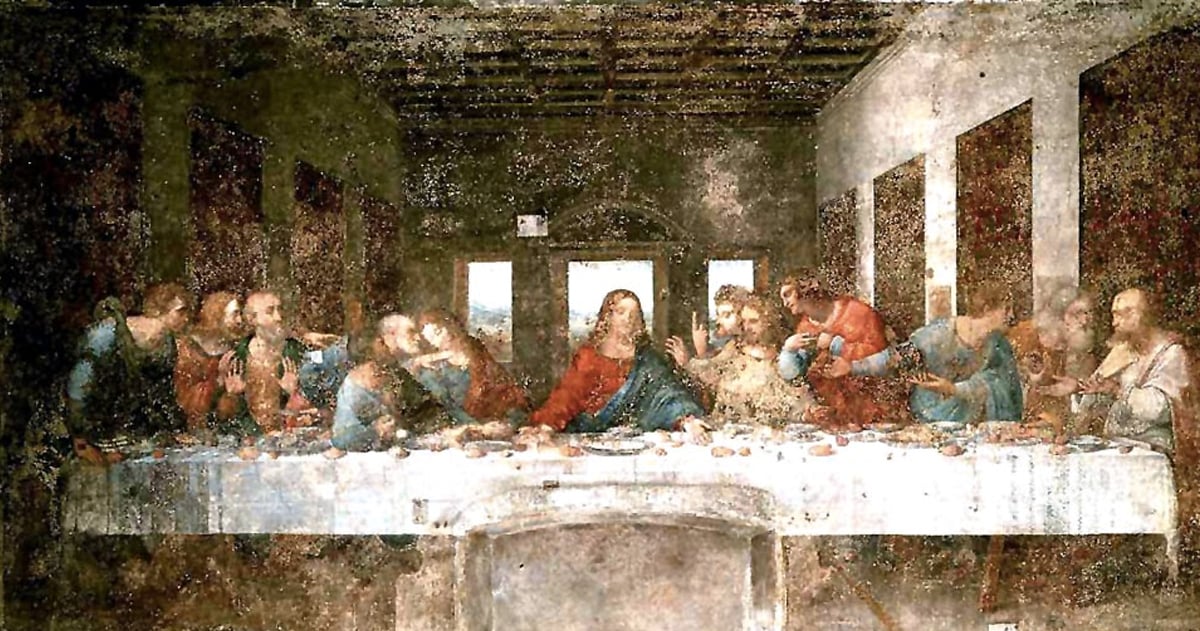 While there are some who dispute the need to have restored the painting again, or whether the x-ray technology used was the best method, it is interesting to note that many small details previously lost have been reclaimed. An orange here, a hand or cloth there. It was also decided that what could not be 100% confirmed as Leonardo’s work should instead be painted in beige. Thus, The Last Supper painting seen today is actually more about reading between the lines! 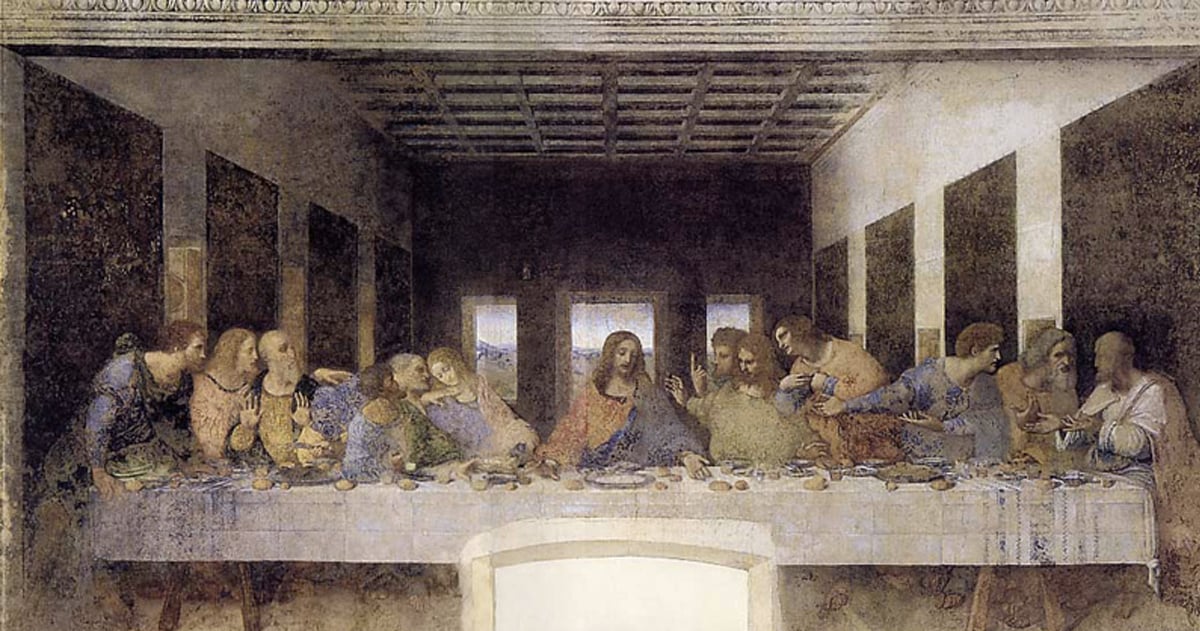 LISTEN: The Story Behind the Hymn ‘How Great Thou Art’

YOU MAY ALSO LIKE: Why Do Christians Continue to Believe in the Virgin Birth of Jesus?