During his 93rd birthday celebration, Mr. Donald Berryman shows off his musical talents and plays a classic hymn on a saw. Not your typical orchestral instrument, Mr. Berryman entertained his party guests with a unique performance of ‘Just As I Am'.

Apparently, playing the saw was a popular act in the old Vaudeville shows in the early part of the 20th century. Now the instrument is somewhat of a novelty that most have never heard.

RELATED: Watch What This 90-Year-Old Couple Does at the Clinic

Donald first heard the saw played in 1942 when he was 16 years old. The performance moved him so deeply, he ran home and grabbed a saw from the shed. Donald made a makeshift bow and got to work learning his craft!

"The saw has a sustaining tone. It doesn't need more than just a touch," he said while performing the anthem. "My knee is the vibrato. You don't need much pressure. The more you bend (the saw) the higher the sound." 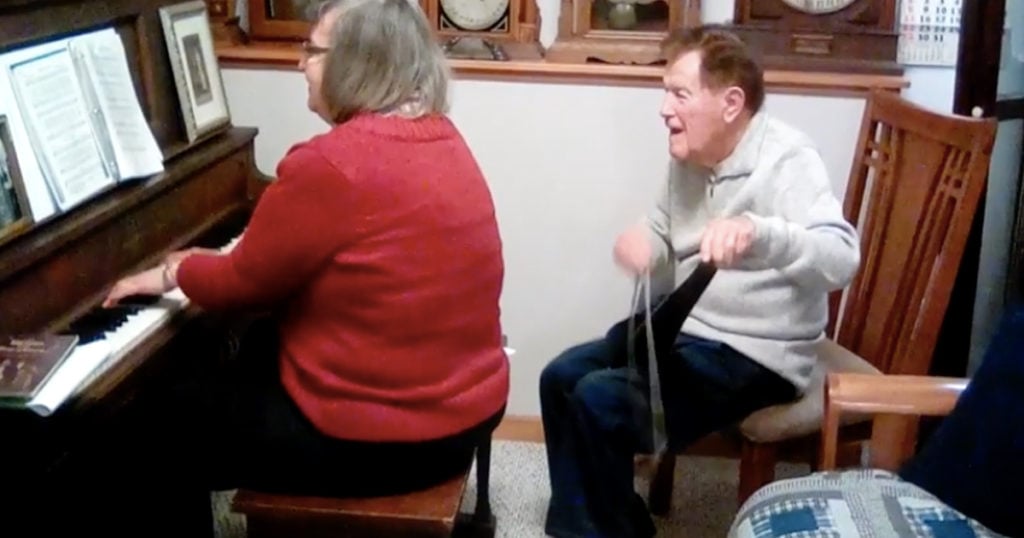 Birthday Boy Plays A Hymn On A Saw

Berryman's father was also a gifted musician but on more traditional instruments such as the violin, piano, and harmonica. But Donald didn't want to learn a traditional instrument. For him playing by ear was his God-given talent. He's played in churches, community centers, retirement homes and even Wisconsin's state capitol!

"I never would have had the patience to learn notes. I wanted to play by ear," he said. "Two different choir directors have said my (saw) playing keeps the choir in tune because I have perfect pitch. I can't read a note of music. I don't know A from B. It's all in my head. If I can hum it or whistle it or sing it, I can play it on the saw."

With a sound that is a mix of harp and violin, the saw is a unique instrument not heard as much as in days past. But it lends itself beautifully to playing hymns and that's just what Donald is doing so well in this video! As the pianist plays the chords, Donald played melody on his $8 hardware saw and homemade bow! At 93 years young, this musician showed he's still got it!

YOU MAY ALSO LIKE: Incredible Operatic Performance Of A Classic Hymn