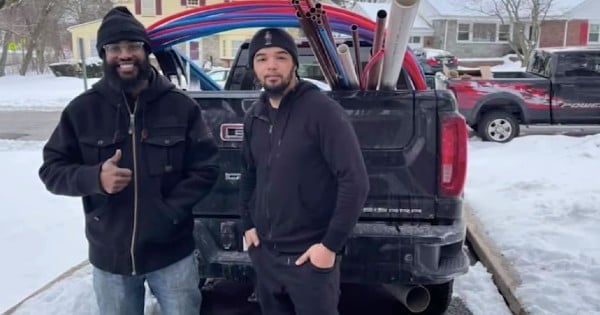 A judge at an AKC dog show caught everyone’s attention for the kindness he showed to a little girl with autism sitting in the crowd. A video of the precious moment went viral, proving even a small act of kindness can have a huge impact!

You never know where you might find the next viral moment. But one happened to pop up at an AKC dog show.

RELATED: Talented Dog And Trainer Show Off Their Moves With A ‘Footloose' Routine On AGT

But it had nothing to do with the dogs… well, the real ones at least!

This special moment happened on the sidelines. A sweet little girl with autism watched from the sidelines, clinging to her own furry friend — a stuffed dog.

When one of the judges spotted the little girl, he went out of his way to brighten her day. And what he did quickly went viral!

When the AKC judge spotted the little girl with autism toting around her stuffed dog, he immediately strode over to her. Her jaw hung open in awe as the judge “examined” her pooch, just as he would for any of the other AKC dog show participants.

Next, the judge invited her to “show off” her pup to the crowd. And it took no convincing!

The sweet girl took off running with her furry friend trailing behind her. She did a loop with her stuffed dog, as the crowd cheered and clapped.

When the girl with autism returned to where the judge was standing, he opened his arms wide in excited celebration. The sweet girl ran over and gave him the biggest hug. And the utterly heart-melting moment was met with even more claps and cheers!

Someone in the crowd of the AKC dog show had their camera rolling. And once the clip made it online, it went viral. Everyone loved that this judge took the time to make this little girl feel so special.

YOU MAY ALSO LIKE: Little Girl And Her Husky Pal Share A Language All Their Own And It's Too Cute To Miss

It may not seem like much, but it’s the kind of memory the little girl will likely cherish for a lifetime. And times like these remind us just how much one small act of kindness can mean!

A judge at a dog show saw a young girl watching from the sidelines.

The girl had autism, and she’d brought her stuffed animal.

So the judge stopped, walked over to her, and asked if she wanted to show her dog, just like the others.

This is what happened.

LISTEN: Waitress Gets A Note From A Widow Dining Alone | Groom's Brother With Autism Gives A Best Man Speech