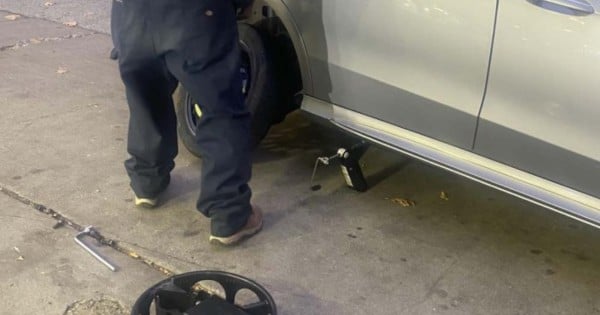 In a heartwarming act of kindness, Anthony Harris attended a daddy daughter dance with one of his biggest fans who lost her father.

RELATED: Young Football Player Stops To Help Homeless Woman And Had No Idea Cameras Were Rolling

Audrey Soape is an 11-year-old from Austin, TX who lost her dad and grandpa within a few weeks of each other last year. The family has been grieving ever since.

Recently, a fancy father-daughter dance was planned at Audrey's church. And her mother, Holly Soape, wanted to make sure the event would be special for her. That's when Holly reached out to NFL star Anthony Harris through his charitable foundation. Anthony now plays for the Philadelphia Eagles, but Audrey has been following his football career for a while now.

When Anthony heard from Holly, he was more than happy to agree to take her daughter to the dance! In fact, Anthony wanted to pay for everything for Audrey including her dress, shoes, hair, and makeup!

The NFL player showed up in a big smile and nice suit to take Audrey to the dance, and she had an amazing time.

"He was very nice," Audrey shared. "When I was super nervous, he made it feel like less nervous to be around him, and it was really fun. And as the night went along, it got a lot more less awkward."

Audrey's mom also shared about how much Anthony's act of kindness meant to her.

"Every time I think he could see she was getting nervous, he would just engage in conversation with her," Holly said. "He kept her laughing, he kept her dancing on the dance floor, they ran around the church doing a scavenger hunt, just playing games, really made the whole night just really incredible for her because you could tell she was very nervous to start with. But she warmed up right away, he made it great for her."

"The smile never left her face as she felt like a princess being twirled around the dance floor by her favorite person," Holly shared on Instagram. "The kindness and generosity shown by Anthony was remarkable and I know she'll never forget this night. Thank you for helping turn this heartbreak into magic and gifting us the blessing of a lifetime."

YOU MAY ALSO LIKE: 6 Orphaned Siblings Tragically Lost Their Mom And The Community Stepped Up In A Big Way

"All of it was just a fairy tale and amazing," said Holly.