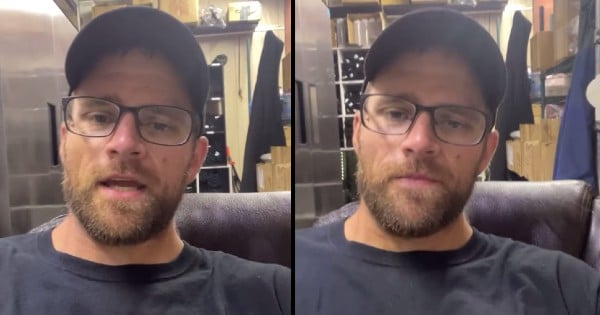 Nicki Maher heard her daughter’s babysitter singing to the Little Mermaid and was blown away by her talent. So, she filmed it for the rest of us!

Delaney Wilson is an 18-year-old babysitter for a sweet little girl. There is nothing more appealing than singing Disney songs with little ones.

While Delaney the babysitter was singing, the girl’s mother, Nicki Maher, was secretly filming her. She said, "I was like, I want her to hear herself when she knows nobody's watching."

As you hear this humble and shy teenager belt out to Part of Your World from the Little Mermaid, you will be in awe. Her voice is angelic and sounds as good as the original vocalist, Jodi Benson.

Delaney is sitting at a small table while she and the little girl brush the Barbie doll's hair. The video of the babysitter singing Little Mermaid has been viewed over 10 million times. Nicki shares how she is moved to tears when Delaney sings. It is a sweet connection when someone takes time to love on and invest in your children.

I know this young girl will never forget the days of her sweet babysitter singing Disney to her.

Up where they stay all day in the sun

Wandering free, Wish I could be

Part of that world”

Just like this babysitter was doing something kind in secret, we as believers are called to bless others in secret. Although the context of this verse is directed more towards financial giving, we can have the same attitude of generosity with others with our time and talents.

Matthew 6:4 says, "so that your giving will be in secret; and your Father who sees what is done in secret will reward you."