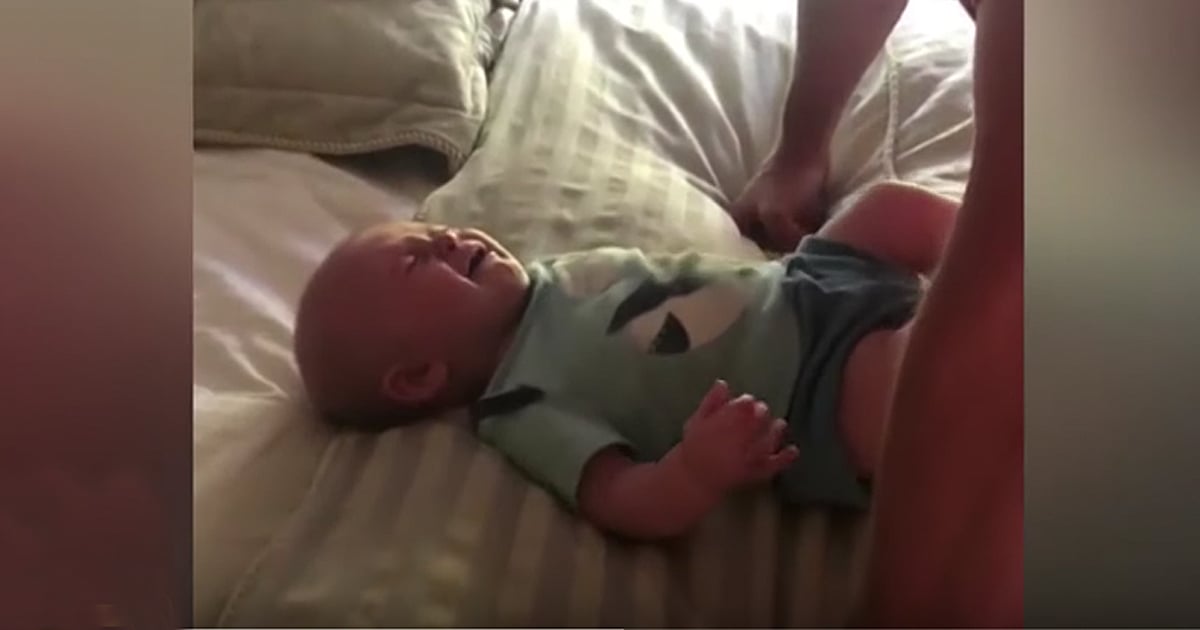 Check out this dynamic duo! Before going into surgery, a young boy convinced his grandpa to join him for a dance party up and down a supermarket aisle, and this sweet sight is making people smile all around the world.

5-year-old Kyu San Juan was born with AVM, a cerebral arteriovenous malformation. His mother, described the condition as "a tangle of abnormal blood vessels connecting arteries and veins in the brain. No one, not I, not Mark nor the doctors knew that Kyu had an AVM until it ruptured on November 4, 2017 causing him to seizure and become incapacitated." Thankfully, the condition is treatable with surgery.

The night before the big event, Kyu wanted to do something to alleviate the nerves. That's when he enlisted his grandpa to bust out some moves in a Festival Foods supermarket.

Boy Dances In Supermarket With His Grandpa

At first, Grandpa was a bit apprehensive about dancing in public. “Here? People are going to think we’re crazy! I thought we were going to a party or a club." But once he saw that aisles were empty and the joy that had come over Kyu, Grandpa knew he had to join in.

Together, they dance all around the freezer section with huge smiles plastered on their faces. Once the video was posted online, it quickly went viral. This sweet boy and his positive attitude resonated with so many people. Kyu's surgery went smoothly and doctors even said that it was better than expected.

YOU MAY ALSO LIKE: Ballroom Dancing Duo Defies Odds By Dancing With A Wheelchair

Now, Kyu just has to recover but once he has, I bet that he'll be back with his Grandpa busting out some more awesome dance moves.