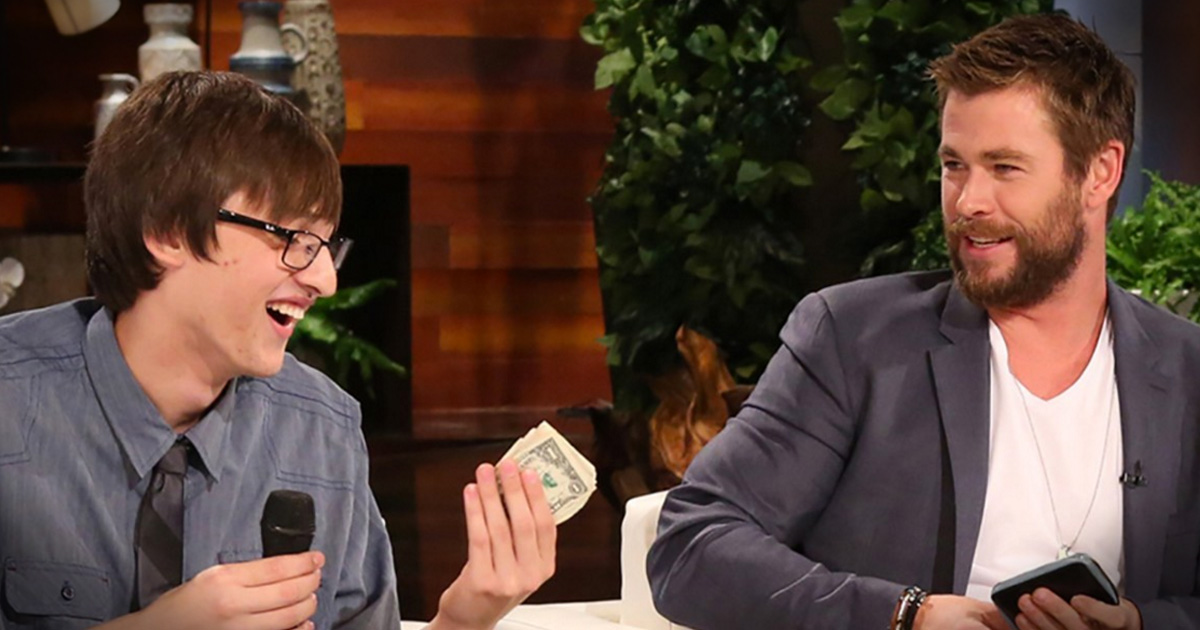 A Boy’s Message In A Bottle

As a Florida resident, 54-year-old Steve Mershon was used to coming across items that had been washed ashore. But he was in for a surprise when he found a boy’s message in a bottle near his Indialantic home. 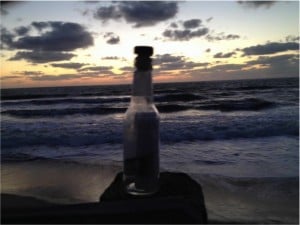 Steve was expecting the rolled up paper inside to be lighthearted and fun. Something along the lines of “Hi to whoever is reading this!” What he found was a heartbreaking letter penned by a fifth grader named Jonothan. 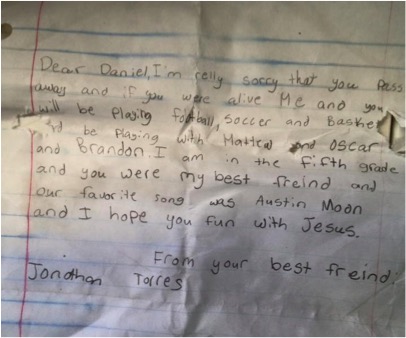 The boy’s message in the bottle read:

“If you were alive me and you will be playing football, soccer and basketball and be playing with Matthew and Oscar and Brandon,” the letter read. “You were my best friend ... I hope you fun with Jesus [sic].”

Steve was completely taken about, and the boy’s heartfelt correspondence to his deceased friend hit him hard.

“To see some little kid pouring his heart out to his buddy like that ... It was bothering me all day,” he said. “I felt like I had to respond.”

Judging by the condition of the bottle and the letter inside, Steve estimated that the boy’s message in a bottle must be fairly fresh. And he couldn’t shake the feeling that Jonothan deserved some type of reply.

Because, you see, there are no coincidences. God has a greater purpose behind this boy’s message in a bottle.

RELATED: A message in a bottle spreads a late father’s love of the ocean

So, Steve came up with a special plan to add his own note to Jonothan’s inside the bottle, and to then return the bottle to the ocean during an upcoming cruise. And he decided he would do all he could to try to get his own message back to Jonothan, starting with posting a response on Facebook.

In response to the boy’s message in a bottle, Steve writes:

My name is Steve, and I found your note in a bottle on a beautiful Tuesday morning, April 19th.

First of all, let me tell you what a strong little man you are for writing your best friend that letter.. You show so much love in your heart way beyond your years.. Your parents, friends, teachers, myself, and all of my friends who know I found your letter are so proud of you. Daniel is a lucky guy to have you as a best friend. I’m so sorry he passed.

As your letter states, you guys must’ve played a lot of sports together with Mathew, Oscar and Brandon. I’m sure Daniel would want you to know that when you guys are playing sports, he and Jesus are watching and rooting for you. Perhaps your next touchdown, goal, or basket you can dedicate to your best friend Daniel.

I don’t know where you threw your note in the ocean, or how long it was in the water, but it landed in the right hands, Jonothan. You see, I find lots of things on the beach, and the best ones I keep. I have shelves full of wood, shells, sunglasses and, yes, bottles. 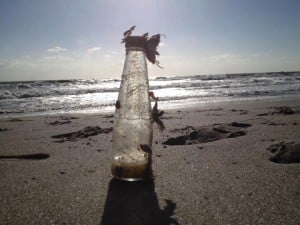 Jonothan, your bottle, with your letter to your best friend, is the most beautiful thing I have ever found. It would trump anything in my collection. But I can’t. Won’t. You threw that bottle out to show your love for your best friend. It is meant to be shared.

I took pictures of it, and shared it with friends on my Facebook page. It tugged at many heartstrings, Jonothan. But it’s going to be shared with more people. Like I said, it fell into the right hands.

RELATED: She gave a homeless man coffee and he slipped her this note

You see, I think Daniel put the bottle ashore where I found it, and his friend Jesus led me to it. I’ll tell you why. I’ve had plans for a few weeks to go way out on the ocean on a big cruise ship. I’m going to take your letter and your bottle with me. I’m going to add my own little letter to it, Jonothan, and put the cork back in it, and when I find the deepest, prettiest, most blue water I can find, I’m going to throw it back in. So someone else, along with their friends, can see the love in your heart. You’re a good man, Jonothan. I’m hoping maybe, just maybe, the world can see the love in one fifth graders heart, and we can, one by one, all get along.

Since posting, Steve says he received lots of messages of just how touching the letter has been to everyone who’s read it. And he’s hoping the impact the fifth grader’s sincere words are having on so many people will get back to Jonothan.

“I don’t need to find him, personally, but I want this letter to find him,” Steve said. “To say, you didn’t write that in vain. I found it, and now other people will too.”

We agree with Steve who believes this is just the start of an amazing story. And we can’t wait to see where God is going to send that bottle next!

“The heart of man plans his way, but the Lord establishes his steps.” Proverbs 16:9

See how a note from a stranger revealed a cat’s secret life as a fur angel! 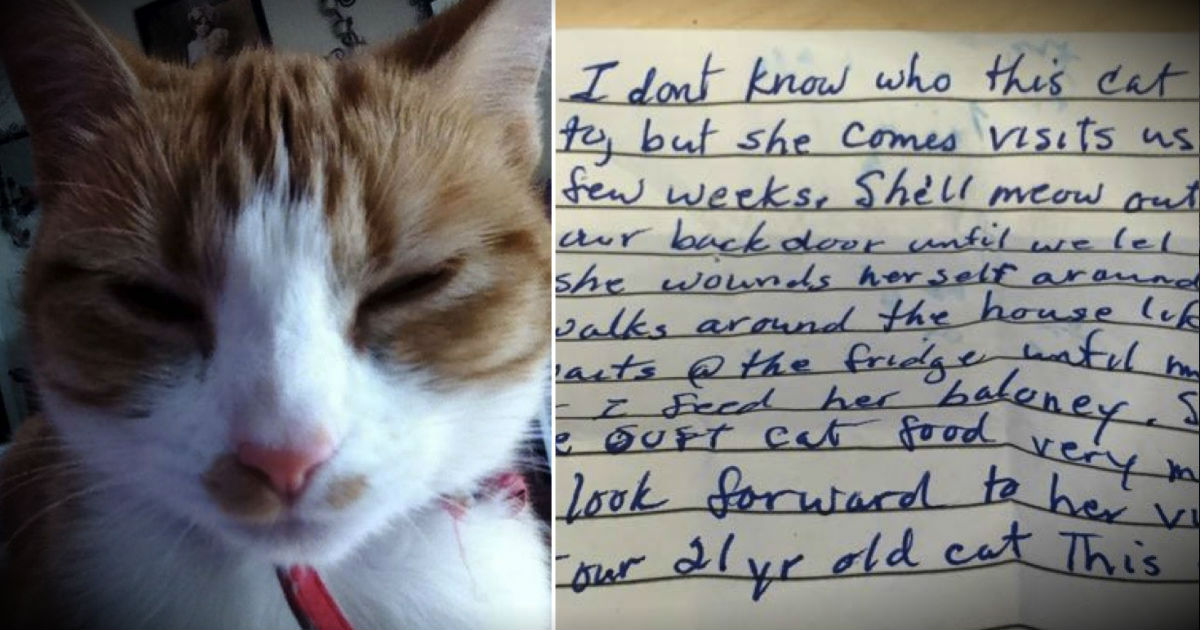