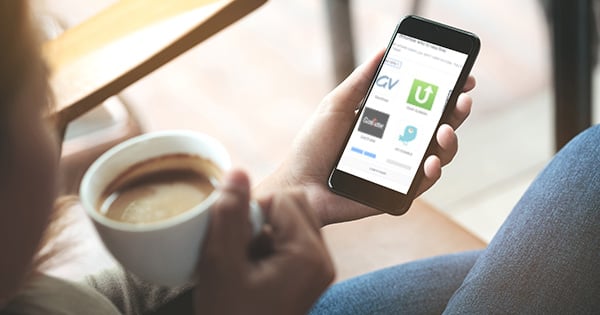 Ruth and Lee Huenniger were checking the damage to their community after Hurricane Irma when they stumbled upon something unexpected. A message in a bottle, washed up from almost 4,000 miles away.

When Lee Huenniger noticed the bottle lying against a chain link fence he never expected it to be more than trash. He picked it up as he continued to survey the damage left from Hurricane Irma. That’s when he noticed inside there was a small corner of what appeared to be a note. The couple was shocked at what they had found nearly 500 feet from the ocean shore.

Florida couple find a message in a bottle sent by a Forfar primary school https://t.co/Knv60g7M1W pic.twitter.com/fMgYuzmOlL

The message, which was not dated, appeared to be written by a group of school students in Scotland. Sent in a humble plastic bottle, their note explained the reasoning behind sending the bottle to sea– pirates! 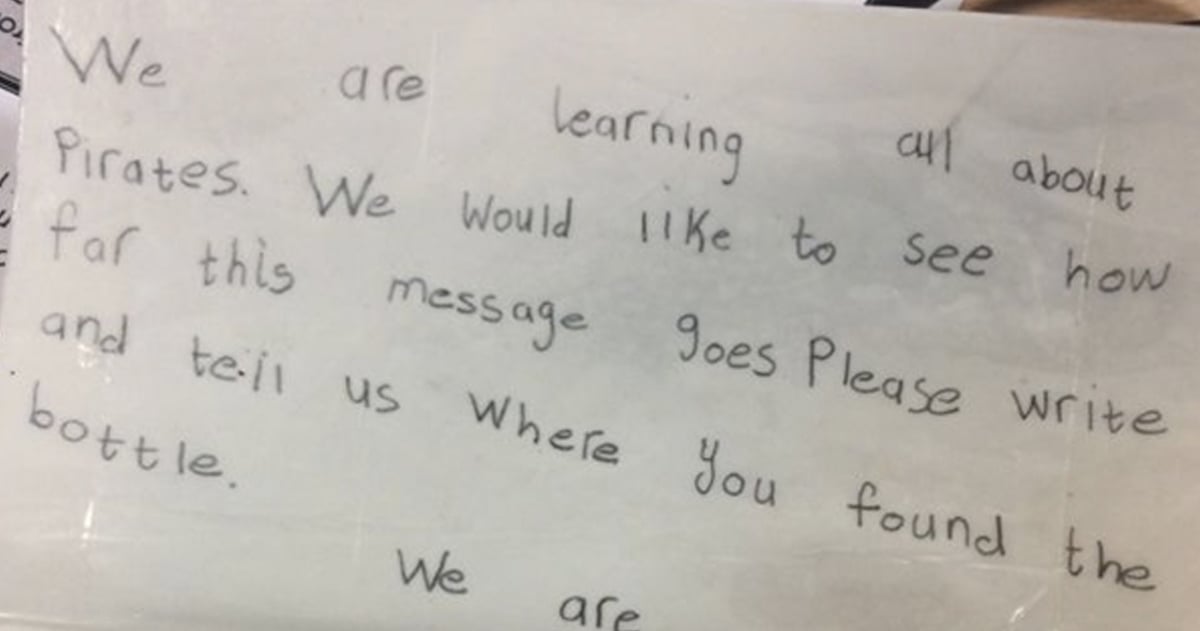 "We are learning all about pirates. We would like to see how far this message goes. Please write and tell us where you found the bottle. We are Class 213, Chapelpark School" in Forfar, Angus, Scotland.”

Ruth shared that the bottle itself was in good condition, though no longer clear. Unfortunately, her husband had to cut it open when the lid would not break free. They tossed the bottle itself, not expecting their story to go viral!

Without further thought, they knew that the little note from Class 213 must be answered. They addressed their response to the school listed, Chapelpark.

"I thought, ‘Let's see if this gets all the way back to Scotland,’" Ruth told WSVN-TV . "I mean, I'd never heard of Forfar." 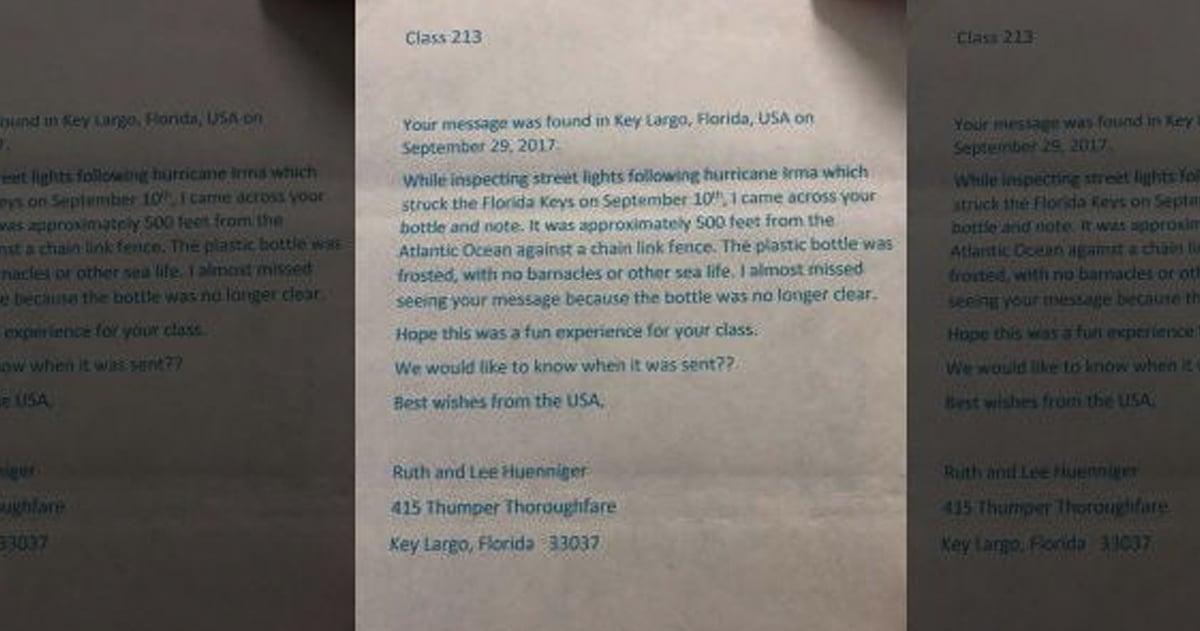 When the Huenninger’s letter arrived in Scotland it took a little adventure of it’s own to find Cargill, who had recently retired.

Sadly, the Chapelpark school had closed in 2007. But the postman delivered the letter to the closest elementary school, which was now home of several former Chapelpark teachers. The staff took the time to figure out who’s class it might have been and track down Cargill!

After weeks had passed and no response, the Huennigers assumed it was a lost cause.

“It was several weeks, maybe six, before we received a response… we thought we were not going to hear anything else about the note.” shared Ruth.

But then a letter arrived at their doorstep. Now retired, Fiona Cargill had quite the story to share regarding that little bottle, the reason behind the letter, and the journey that brought the response to her 30 years later.

“I believe it is one class of primary 2/3 in particular because one of the children was related to a trawlerman in Arbroath who would take the bottle in their boat and throw it a bit further out so that it was less likely to just wash back ashore.” former teacher, Fiona Cargill told the BBC. 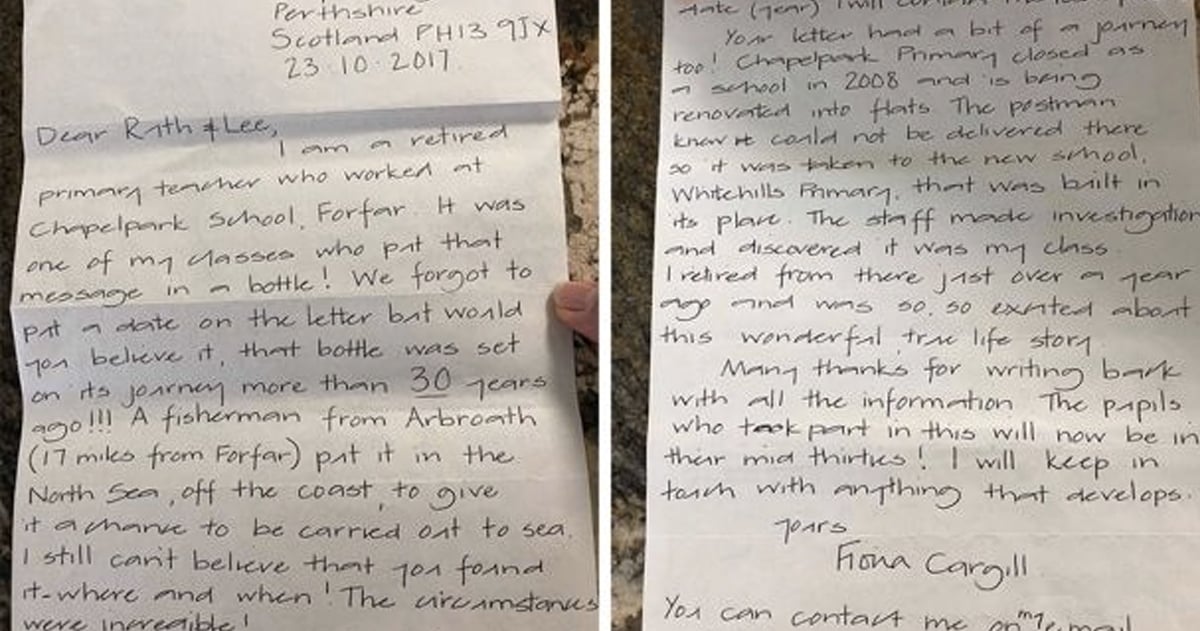 In her response letter to the Huennigers, Fiona shared that her class was indeed studying pirates at the time. Thinking that surely a message in a bottle was a true pirate’s communication tool, they decided to give it a try!

"We just wanted to see how far it would go," Cargill said.

Along with her response to the Florida couple, Cargill found an old photo of the class dressed as pirates and sent it along.

The journey of the little message in a bottle has brought such joy. Who would have thought that a little plastic bottle could survive 30 years on the water and still protect the message inside! So many miles apart and connected by a simple classroom experiment about pirates– what a great reminder that our actions affect others, even when we aren’t expecting it.

"You could say it's a small world," Ruth said. "What you do today may affect someone many years from now."

YOU MAY ALSO LIKE: Man Finds A Boy's Touching Message In A Bottle And Responds