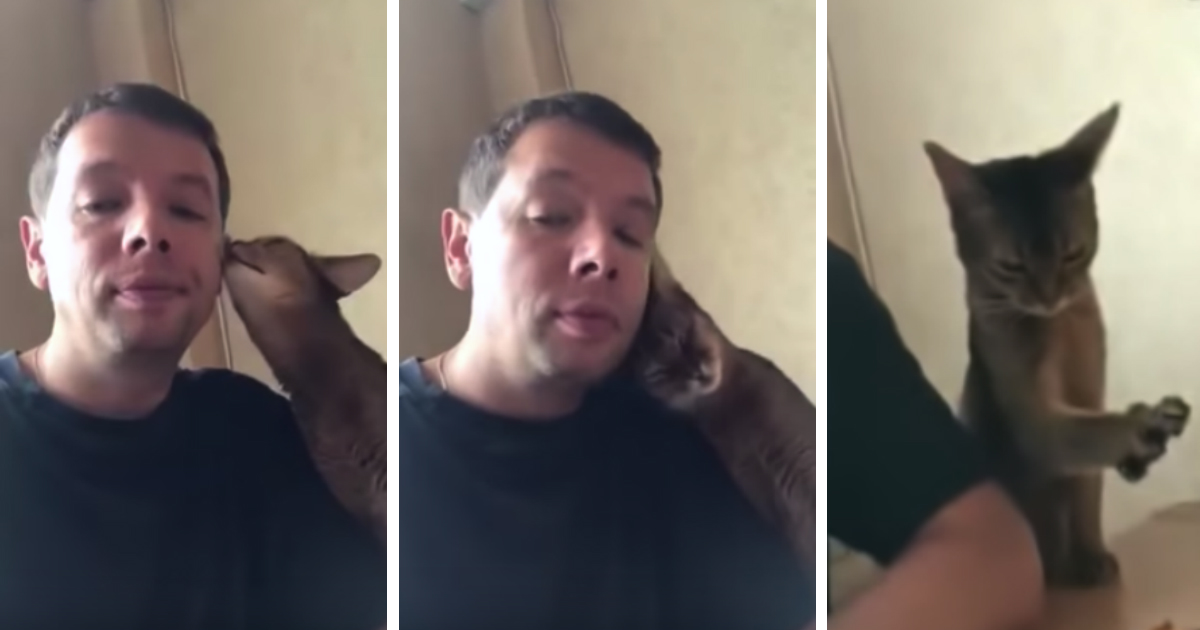 Andrew Wright couldn’t wait to lay eyes on his beautiful bride, Nicole Smith. Little did he know, she and his best man were planning to have a little fun. And the photos from this bride’s epic first look prank are simply amazing!

In the past, the first time a groom saw his bride on the wedding day was when she came down the aisle to meet him at the altar. However, nowadays, a new tradition has come about.

Just before the big event, some couples are sneaking off with their wedding photographer to turn the groom’s first look into a special photo op. Capturing the groom’s reaction to his first glimpse of the beautiful bride creates a treasured keepsake for years to come.

RELATED: The Heartbreaking Reason This Bride's ‘First Look' Isn't With The Groom

In the standard shoot, the bride and groom have their backs to each other until the photographer gives the word. But in no time, couples started coming up with their own unique spin on the first look tradition.

And Nicole Smith is one such bride.

Andrew Wright (25) and Nicole Smith (24) of Spencer, Indiana are high school sweethearts who first met in the eighth grade. They’ve traveled the world together and got engaged in 2016 before moving to Germany to both complete advanced degrees.

When it finally came time to tie the knot, Andrew and Nicole booked their own first look session with wedding photographer Belinda Russell. And Nicole knew she wanted to do something different.

She decided to play a joke on her husband-to-be, enlisting the help of his best man, Kye Stachowski.

Kye and Andrew met during their freshman year of college and have been best buds ever since. So, who better to join in on the wedding hijinks?

Nicole decided that, instead of turning to find her in her wedding dress, Kye would take her place. She even talked him into wearing a dress! (Although she wisely refused to lend him THE dress).

“They had a lot of fun with it,” photographer Belinda said. “With the ‘first look,’ they wanted a private moment before the wedding is rushed and full of people, and it was a way to make it funnier and that much better.”

Belinda loved the idea and helped orchestrate the whole thing. She even called Kye by Nicole’s name the whole time they were setting up so that Andrew would be none the wiser.

And Kye’s macho demeanor only added to the humor of the moment.

The hilarious prank played out perfectly. Andrew followed directions and kept his back to “Nicole” until Belinda said it was time. And when he turned around expecting to see his lovely bride, the sight of his best friend with a white dress and veil took him completely by surprise!

“My first reaction to seeing Kye was complete confusion,” Andrew said. “For a solid second, my brain was processing what was going on.”

Of course, once he figured out what was going on, he and Kye broke into a fit of giggles Belinda says lasted for a good two to three minutes.

YOU MAY ALSO LIKE: Husband Has Best Reaction To News That He's A Daddy-To-Be

And the first look prank made for a laughable moment they’re all sure to remember for a lifetime!