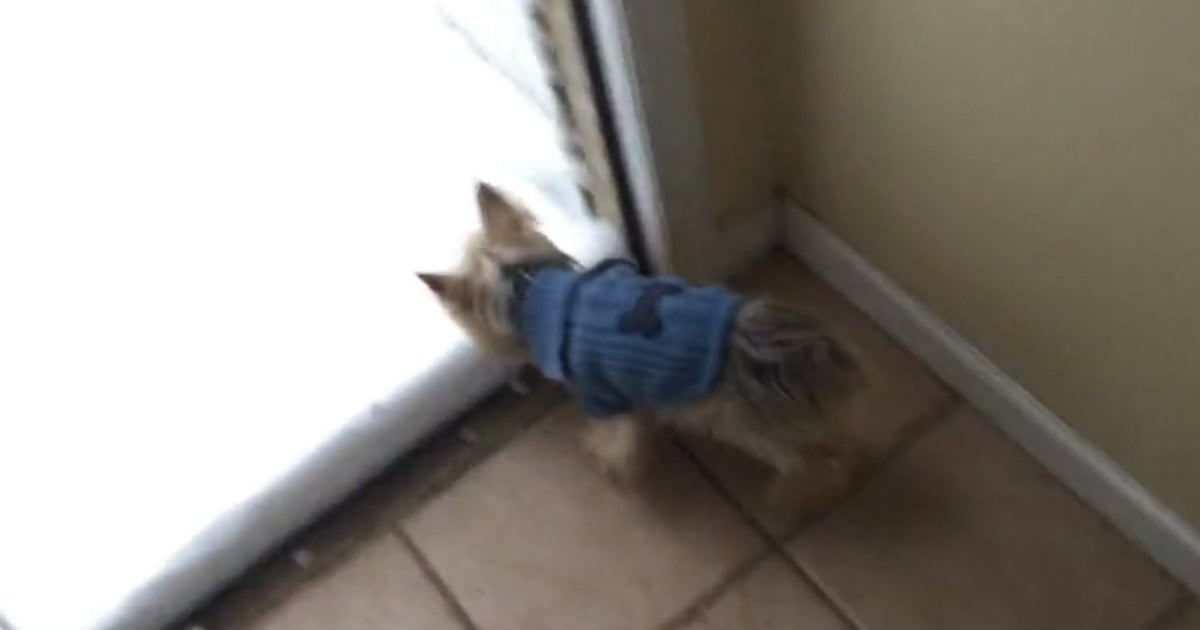 Death is no laughing matter. But Phedre Fitton refused to let it steal her impeccable sense of humor. Just before she passed, Phedre made a simple request. And years later, her loving husband discovered he’d been pranked by his late wife!

Phedre Fitton bravely battled cancer for five years. But it finally came time to find her healing in Heaven.

Before leaving this world, she asked her beloved husband, Nigel, to be sure to water the plants in the couple’s bathroom.

So, day after day, Nigel did just that.

Pranked By His Late Wife

After a few years, Nigel was ready to move into a retirement home. Needless to say, the plants would be coming with him. And that’s when Nigel realized he’d been duped.

Before my mum passed away, she gave my dad strict instructions to water the plants in the bathroom. He’s been religiously watering them & keeping them alive. They look so amazing he decided to take them to his new home, only to discover they are plastic! Can hear my mum chuckling pic.twitter.com/N87giD5zKT

Come to find out, the plants he’d been watering all these years were fake!

"It was only when we flew over to help him move we all realized the plants were plastic," the couple’s daughter, Antonia, said. "He said, ‘I wondered why they still looked so good.'"

RELATED: Jeanne Robertson Tries To Prank LB With Some Help From A Talking Santa

And the discovery was such a special moment for Nigel and Antonia.

"We really laughed about it and it was lovely to think that my mum was still there with us," Antonia explained.

Nigel and Phedre met when they were just sixteen. Losing her left Nigel overcome with grief. Antonia explained on Twitter how the task gave him “something to do,” though he did think the toilet had a leak, “due to the puddles on the floor.”

Antonia — a firefighter in London — described her mother as an “absolute legend” with a “cheeky sense of humor.”

So, his late wife’s prank served as a precious reminder of what a special lady he’d married. In fact, the joke tickled him so much, he agreed to pose for a photo “watering the ferns” so Antonia could share it on Twitter.

@dannywallace my dad has loved this story being on here so much, he’s reenacted watering the ferns 😂😂😂 pic.twitter.com/1NJpoYbpY8

Prank From The Grave Goes Viral

Antonia never expected it, but the post about her mom’s last laugh ended up going viral. Not only did folks get a good chuckle, but many opened up about the family members they’d lost.

"It's also inspired people to open about the loss of their own loved ones," Antonia said. "In times of awful news, it's been really lovely to talk about something really sweet."

There’s something deeply human about it too. I looked after my mum up to her passing and our humour was often jet black. Too easy to forget it. Thanks for sharing!

Never gets any easier tho, does it. Lost mine in August. Big hole. But lots of laughs x

Sorry to hear of your loss. I lost my lovely mum last year, she was 85. But she would’ve loved that joke; my mum like yours had a wicked sense of humour.

Lost my mom almost a year ago. It doesnt get easier but stories like this make it a little better

Be sure to share this story with someone who could use a smile!