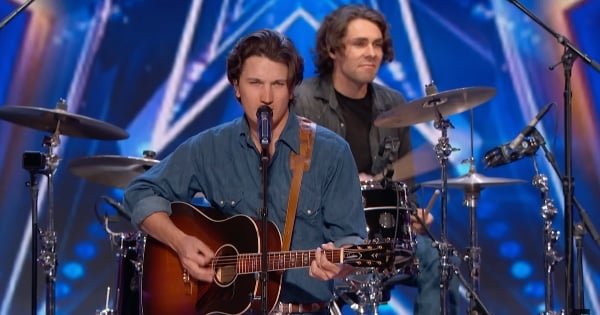 These brothers with autism have everyone amazed, including the America’s Got Talent judges, with their spot-on and entertaining impressions!

Ever heard of a perfect impersonation of Simon Cowell singing You Will Be Found? Or how about Kermit The Frog singing Tiny Dancer? The Brown brothers will have you amazed with these epic impressions and plenty more.

RELATED: 8-Year-Old Does Impression Of Her Mom Working From Home And Completely Nails It

In fact, these brothers with autism received a standing ovation and all four judges sent them on to the next round in America's Got Talent.

The Brown Brothers Show Off Their Talent

Okay, so these guys can do impersonations but they can also sing and are musically gifted as well. What's even more amazing is how they explain what it means to be high functioning as a person with autism. For some on the spectrum, it simply means they have a hard time understanding or reading social situations and interactions. Despite being on the spectrum, Gabriel and Nate Brown blew the judges away with their talent.

The brothers with autism said not only was it nerve-racking enough to be on stage and on TV but also because they weren't sure which one of the 576 variations of impressions and songs they would be performing. They mixed up the cards and passed them onto the judges. What happened next was blessedly pure, raw, and fun talent! Who wouldn't want to hear a perfect rendition of Tears Of Jupiter and then hear it as SpongeBob?

The duo had only hoped to win over the judges. Instead they won over the hearts of everyone on and off the America's Got Talent show. Gabriel and Nate are living proof that no matter how each of us are created, we are designed with God's Glory in mind. They not only embraced their autism, they blew past the barriers and exceeded way beyond anyone's expectations. We hope this video that is going viral makes your day and puts a smile on your face.

YOU MAY ALSO LIKE: Josh Groban And Michael Buble Take Turns Impersonating One Another And It's Priceless

WATCH: Brothers With Autism Wow Judges With Their Impressions

LISTEN: Waitress Gets A Note From A Widow Dining Alone | Groom's Brother With Autism Gives A Best Man Speech