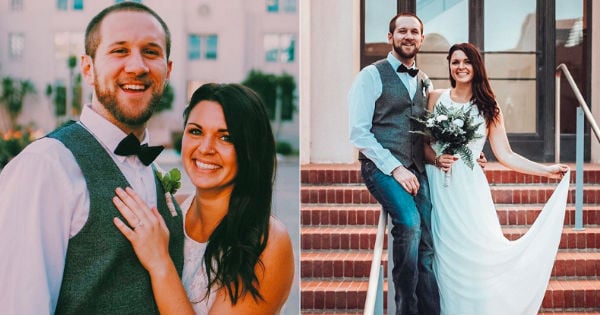 Chances are, you played some classic board games when you were a child. But did you know that one of the most popular games of all time was actually created during a time much like the season in which we are currently living? Here’s the little-known story behind the popular board game Candy Land and its origins!

Candy Land has been a part of childhood for the last 70 years. There’s no real strategy to it, so even young children could follow the simple rules to meander their game pieces along on the colorful game board. Because of its simplicity, the stress-level and competition are low, making it the perfect way to simply pass the time. And that was exactly what it was designed to do.

RELATED: Doctors And Nurses Prayer Before Work Shift Begins Is Such A Powerful Moment

The game was invented by a teacher under conditions much like the quarantine we currently are experiencing!

During the polio epidemic that began in the 1940s, many children were confined indoors out of fear of infection. Those who became ill were further restricted when they were forced to spend days inside an iron lung with only brief breaks to sit up and play simple games on their beds.

Until vaccines came along in the 1950s, people were understandably scared. “There was no prevention and no cure. Everyone was at risk. . . there was nothing a parent could do to protect the family,” shared historian, David Oshinsky.

So when teacher Eleanor Abbott contracted the disease, she herself spent time with the children in the Polio ward of the hospital. That was when she realized they needed an escape from their current reality. She started thinking of a way they could travel virtually to a magical place that would take their mind off things and help them pass time.

Candy Land was the perfect game for this! It didn’t require you to pay attention or move around a lot. And it was inclusive of all skill levels and ages.

On the original game board, you’ll even notice that the artwork of the little boy includes a leg brace!

Forced Downtown Led To A Game To Lift Children’s Spirits

What a wonderful gift Eleanor Abbott was able to give to the children during the polio outbreak! She used her own forced downtime while she recovered to find a way to serve others. Her gift helped children feel less sad, bored and alone.

I bet many of you may have even busted out your own puzzles, and board games like Candy Land to entertain your family during quarantine. How wonderful to think that some of the innovations during the COVID-19 pandemic may be a blessing for future generations the way Candy Land has been!

YOU MAY ALSO LIKE: Willie Nelson And Sons Offer Great Advice With ‘Turn Off The News And Build A Garden'

Each of you should use whatever gift you have received to serve others, as faithful stewards of God's grace in its various forms. If anyone speaks, they should do so as one who speaks the very words of God. If anyone serves, they should do so with the strength God provides, so that in all things God may be praised through Jesus Christ. To him be the glory and the power forever and ever. Amen. 1 Peter 4:10-11