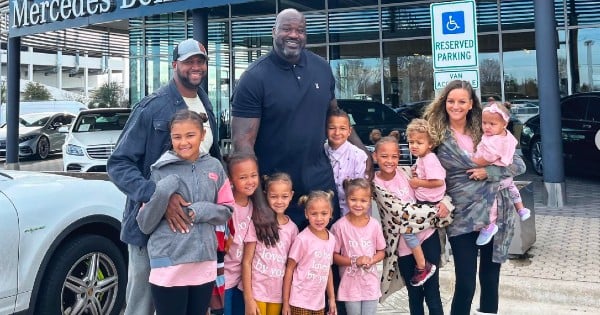 Carrie Underwood and her mom singing ‘All-American Girl’ makes for an unforgettable duet you don’t want to miss!

Carrie Underwood became a household name after winning the fourth season of American Idol back in 2005. She won over the hearts of America with covers of songs such as Bonnie Raitt’s “I Can’t Make You Love Me” and "Bless The Broken Road" from Rascal Flatts.

RELATED: Carrie Underwood Sings ‘Something In The Water' Live And It's Powerful

After her win, she quickly climbed the country charts and made a solid name for herself in the country music world. It's been 15 years since that momentous audition and Carrie is still touching hearts all over the world. And today, she's performing a very special rendition of her hit single ‘All-American Girl.'

Carrie Underwood And Her Mom Singing

The song was originally released in 2007 and hit number one on the Hot Country Songs chart. Carrie Ashley Gorley and Kelley Lovelace wrote the song. It tells the story of the ‘All-American' girl from her birth up until she is married and having children of her own.

"Now he’s wrapped around her finger,

She’s the center of his whole world.

And his heart belongs to that sweet little beautiful, wonderful, perfect all-American girl"

This song is always a fan favorite, so it is no surprise that it was part of the setlist for Carrie's Reflections concert during her residency at Resorts World Las Vegas.

But recently, she invited a special guest onstage to help her perform the song. Carrie's mother walked on stage and she actually gets her own mic and sings along with these iconic words.

And the moment truly resonated with the audience because videos of the March performance quickly went viral across social media.

It's always a welcome treat to see celebrities honoring their family in amazing ways like this.

YOU MAY ALSO LIKE: Carrie Underwood Films Her Son's Reaction To Dad Versus Mom Singing

Exodus 20:12 "Honor your father and your mother: that your days may be long on the land which the LORD your God gives you."