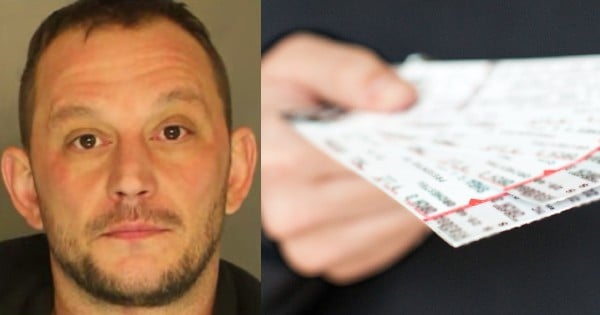 Few things terrify a parent more than hearing about a case of kidnapping, particularly if it has occured in their own community. So, when David Dowland of Riverton, Utah learned that his son Grayden was nearly a victim himself, he was incredibly shaken.

10-year-old Grayden had a regular after-school routine that he followed three times each week, walking from his basketball coach's home just two doors down to his own. The short walk from his coach's house to his was about 200 feet-certainly a very short walk.

On one recent ordinary day, Grayden found the short trip to be anything but routine when he noticed a suspicious white car following him along the route. Inside there were three men, who began to talk to Grayden. They said "hi," and Grayden instinctively began walking faster. When they told him they had candy and that he should get in the car, Grayden ran.

Grayden is one pretty smart kid. He knew enough to be scared and wary in the situation, recognizing the attempt at kidnapping for what it was. Unfortunately, some kids might not. He's pretty brave, too. When Grayden reached his front door, he found the door to be locked. When the strangers noticed that he could not get into the home, they put their car in reverse and backed closer to him and his front door. And, though Grayden was even more frightened at this, he demonstrated quick and clear thinking.

Grabbing rocks from the landscaping near his front door, he prepared to throw them had the predators come any closer. He yelled, "Mom! Mom! Get away! Get away!" Grayden was certainly showing the stalkers that he would not be an easy target. He ran next door and found his neighbor's door to be open. Grayden ran in, locked the door, and waited, but the would-be kidnappers remained outside for several minutes. Obviously, they had very bad intentions!

The near-kidnapping experience has been traumatizing for the Dowland family. "We've been here for fourteen years and to have it happen on your front doorstep, literally, it's an eye-opener," David said. David was able to see much of the event since it had been recorded on their doorbell camera. While that was no doubt hard to watch, this story had a happy ending.

The Dowland Family will be putting added safety measures in place so that none of the children walk anywhere alone. Hopefully, the stalkers will be caught, and the community can rest easier. But, more than anything, it's a blessing that Grayden knew how to handle the situation and is safe because of that!

YOU MAY ALSO LIKE: Bizarre Kidnapping Plot Foiled By Police