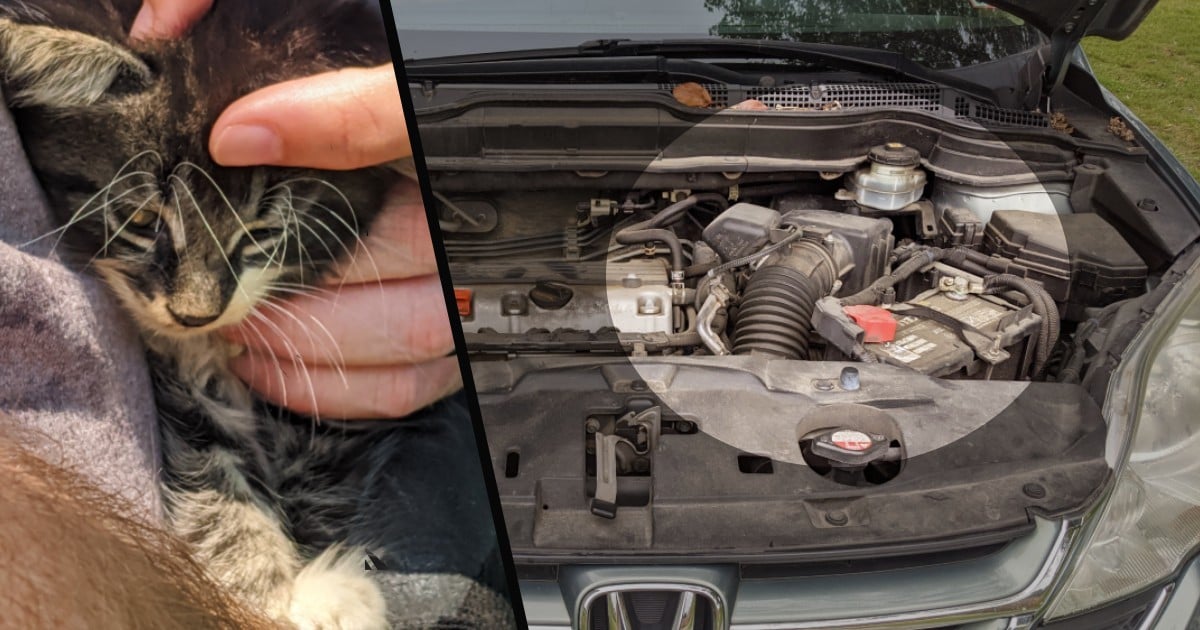 In an effort to get "evidence" that cats miss their owners when they are away, one cat mom sets up a hidden camera to see how her cat reacts when she is gone.

Alexa is a speech therapist and her cat, Glenn, is about 2 years old. Glenn walked into Alexa's life one day when she was at her job, and she tried hard to find his owners. Turns out that Glenn was a stray, so she took him in. And this sweet pair has been inseparable ever since!

RELATED: She Was Sitting at Drive-In Church When Desperate Meows Started Coming from the Engine

One night, Alexa went away to attend a party at her parents' house. Before she left, she set up a surveillance camera to check up on Glenn. When she returned, Alexa found that the tape showed her cat meowing for her, and as soon as she pulled into the driveway, the cat went straight to the door to wait for her to come in.

She shared the video on TikTok and this caption: "The catcam was originally supposed to make the owner feel better about leaving Glenn at home, and yet it turns out it had the opposite effect: It was heartbreaking! We're looking to get another cat soon, so he'll have company in the future."

YOU MAY ALSO LIKE: Mail Carrier's Hilarious Video of A ‘Guard Cat' On Her Route Goes Viral

Looks like this video shows that cats truly do miss their owners while they are away. Even if some cats come off as apathetic to their owners' presence. Alexa knows how much Glenn loves her, and these two are a great pair to keep each other company!