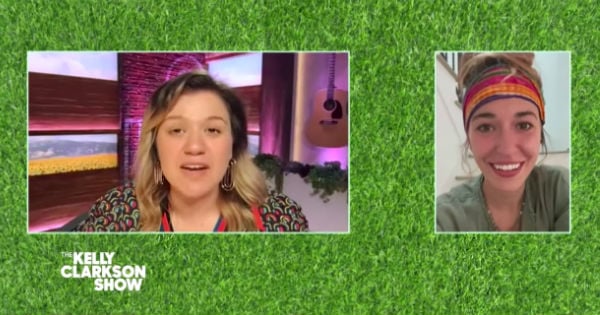 Chip and Joanna Gaines, the husband and wife duo from the popular show Fixer Upper, are known for their thriving business and marriage. And Joanna shares why she has no fear of Chip Gaines ever having an affair.

"Every woman wonders whether her guy will be faithful, but I realized early in our relationship that Chip stuck with things: He had one dog for eighteen years that was his favorite. He wears a white T-shirt every day. He's worn the same boots since college. He's always worn the same brand of jeans. He drives the same kind of truck. He is loyal to everything in his life," Joanna says.

RELATED: Chip And Joanna Gaines' Home Features A Broken Clock And The Story Behind It Is Pretty Cool

And Joanna notes that Chip's charming nature concerned her parents when they first started dating, but she knew that he is just a people person.

"I'm a nice person, but I don't give off a ‘Hey, come talk to me' vibe," Joanna explains. Whereas her husband tends to be more friendly and talkative than her.

When it came to their early years of marriage, Joanna says they didn't really need to talk about trust issues. "We didn't really talk about it. I think we both realized pretty quickly that we weren't fighting about who was right and who was wrong. It was more about, ‘Hey you're not trusting me right now.' And when I learned to trust him, my life turned from black-and-white to color," she shares.

YOU MAY ALSO LIKE: Kelly Clarkson Gets To The Bottom Of The Lauren Daigle ‘Rescue' Meaning And It's Powerful

Chip and Joanna also share that no matter what issues come up or how angry they get with one another, they made a pact early on to never talk about divorce. Whatever comes their way, they know that they can work it out.

What a wonderful couple who gives the glory to God!