✕
More in Heartwarming
Another Baby For Chip And Joanna Gaines? Don’t Rule It Out Just Yet
Read Article »

Hold on to your shiplap, folks! Because Chip and Joanna Gaines announced some exciting news. While appearing on "The Tonight Show Starring Jimmy Fallon," everyone’s favorite home improvement duo revealed that they are getting their very own TV network!

RELATED: Another Baby For Chip And Joanna Gaines? Don't Rule It Out Just Yet

It appears as though Chip and Joanna Gaines couldn't stay away from the cameras for long, much to their fans’ delight. After stepping away from "Fixer Upper," the Gaines' decided to take a “break.” Of course, they kept plenty busy welcoming their fifth child, Crew, to the family. and opening a new restaurant venture, "Magnolia Table".

But fans have been eager to see the dynamic duo return to television. And it turns out their slew of recent interviews was just a taste of what’s to come! 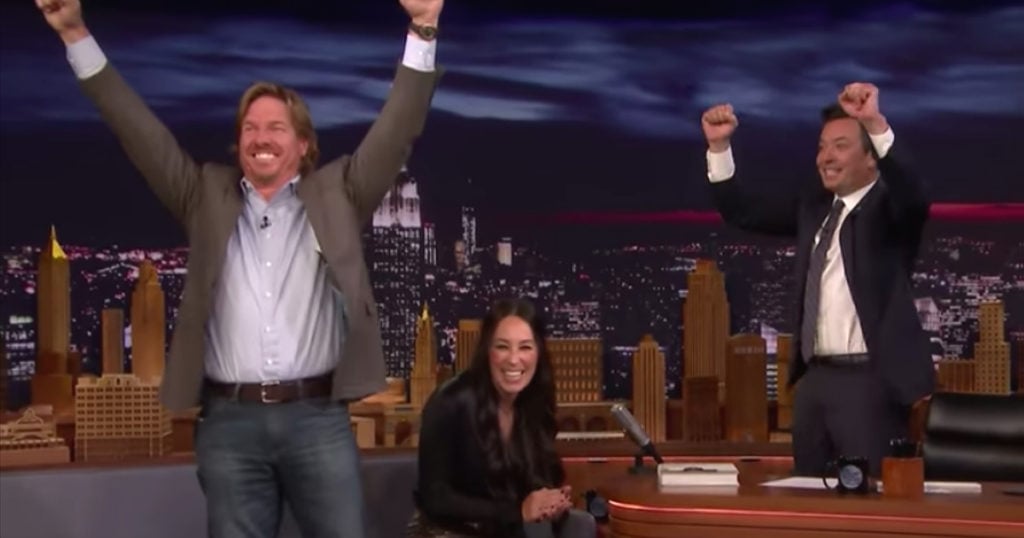 Chip And Joanna Gaines Cut Up With Jimmy Fallon

As the couple joins host Jimmy Fallon, they show off some starstruck behavior that makes us feel like they are just one of us. Thankfully, the loveable pair isn’t and tainted by their "celebrity" status. Chip is clearly having a moment as he sits down and eagerly waves to the show's house band "The Roots." Meanwhile, Joanna points out how excited she is to touch the famous Tonight Show desk. Chip even reaches across and takes a sharpie from Fallon's cup as a souvenir!

Jimmy doesn't miss a beat. The host digs behind his desk, offering up items Chip can snatch – a stuffed panda and a box of tissues, which Chip quickly stores away in his blazer! Of course it doesn't take long for Joanna's "Mom face" to appear as she tries to focus on the interview and reign Chip and Jimmy back in. What a hoot!

RELATED: Dolly Parton Has Jimmy Fallon In Stitches With An Odd Request

In seriousness, Jimmy mentions how the couple stepped away from television so quickly and unexpectedly. Chip openly responded that they needed to take a step back. "TV is a tough business, we came into this whole thing sort of ‘shock and awe'. We had never had any inspiration to be on television, we didn't know anything about the business... after five years we really realized we really wanted to take a step back and really focus on our marriage, focus on our family and kinda catch our breath."

Then Fallon asks the all-important question: "Would you guys ever return to TV?" And that’s when Chip and Joanna Gaines announced their plans. 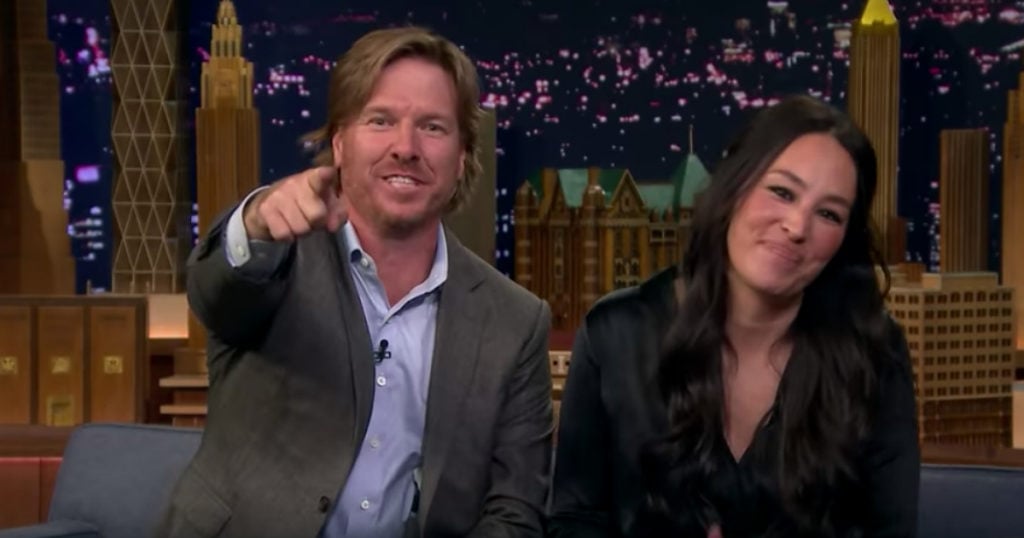 True to form, the Chip revealed the big news during “The Tonight Show” in a most amusing way. Focusing on the camera, the Fixer Upper star began:

"We signed a non-disclosure and it said quote unquote you can tell your mother but that's it...So mom, I just wanted to make a quick announcement, we are coming back to television! You are going to get to see the kids grow up, you are going to see us, well maybe a six-month delay like the rest of the world, but we are excited to be back."

According to their spokesman, Discovery Inc. which owns HGTV is considering a lifestyle network for the Magnolia brand. It's unsure how much Chip and Joanna themselves will be in front of the camera, though fans clearly want to see more of this unique partnership that makes us all appreciate our own spouse's quirks!

"We never rule anything out and we're go-getters," Chip told People. "We love to live life to the fullest and sometimes the journey is unexpected, to say the least."

Clearly taking a short break from being in the homes of millions of families every week was the move the couple needed to figure out what works best for their family. As fans of the Gaines', we couldn't be more excited about this news. We hope that it won't be long before we have a little Magnolia love playing again on our televisions!

Chip And Joanna Gaines Stories You Don’t Want To Miss

If you’re anything like us, you can’t ever get enough of Chip and Jo. So, here are some other great stories about this amazing couple!