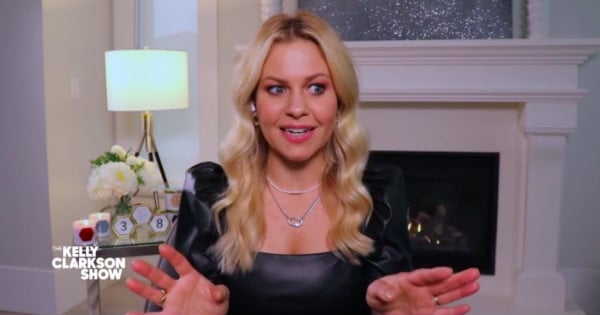 Dolly Parton plays an angel in the Netflix Christmas special, Dolly Parton’s Christmas On The Square. But during filming, the Christian celebrity became a real-life guardian angel when she saved the life of her 9-year-old co-star!

We didn’t really need another reason to love Dolly Parton. But the country star gave us one anyway!

During the filming of her Netflix Christmas special, Dolly Parton’s Christmas On The Square, Dolly swooped in and saved the life of her 9-year-old co-star, Talia Hill.

“We were on set, and I was at the hot chocolate station, and they said ‘Go back to your beginning positions,'” Talia recalled.

There was a moving vehicle, but Talia didn’t notice she was walking in its path. Thankfully, though, Dolly Parton did.

“Somebody grabbed me and pulled me back — and it was Dolly Parton,” Talia explained.

RELATED: Dolly Parton Reads Books To Kids At Bedtime And It's Just 1 More Reason To Love The Country Star

Both Talia and her mom were in shock to see it was Dolly who rescued the 9-year-old. And they eagerly thanked the star for saving Talia’s life.

“Well, I am an angel, you know,” Dolly quipped at them since she plays the role of an angel in Dolly Parton’s Christmas On The Square.

Mom Sacrifices For Her Kids

The journey Talia Hill and her siblings, Tristan and Tyson, have been on to get to Christmas On The Square hasn’t been an easy one. The three aspiring dancers inherited their love of acting and dancing from their mom, Tonia Hill.

Tonia has been a performer at Walt Disney World for 24 years. But with the global COVID-19 pandemic forcing shutdowns all over the world, she is one of the 20,000 Disney employees to be laid off.

“It’s just been very difficult. But we’re getting through with our faith,” Tonia said. “And trust and a little bit of pixie dust, I guess.”

In an effort to keep her three children enrolled in their dance classes and pursuing their dreams, the dedicated mom took on extra work. She now cleans the 10,000 square foot dance studio the kids attend. She even drove her kids back and forth to Atlanta, Georgia multiple times for auditions for Dolly Parton’s Christmas On The Square.

Of course, for the dedicated mom, the sacrifice is well worth it to see the joy dancing brings her kids.

The family’s hard work landed all three kids a part in Christmas On The Square. And now, Talia Hill will always have a treasured memory of meeting her very own earth angel, Dolly Parton!

“Don’t forget to show hospitality to strangers, for in doing so, some have entertained angels without knowing it.” Hebrews 13:12