He Was In A Dark Place After His Breakup, But God Showed Him How To Forgive
Read Article »

You may have heard they’re making a big Hollywood budgeted Mister Rogers movie, but have you heard the story behind it?

Once upon a time, a reporter was assigned the job of writing an article about the TV host of the long-running children’s program, Mister Roger’s Neighborhood. The reporter was a little skeptical and didn’t know quite what to expect. Through his conversations with the beloved star, he thought he’d learn about Fred Rogers. But what actually happened caused the reporter to learn about what was missing in himself, and his relationship with God.

And Mister Rogers did all that with a prayer that was just three words long.

Mister Rogers: A Neighbor To All

Fred Rogers was not just a TV show host. He was also an advocate for Public Television and Children’s Rights, and he wondered whether the connections we make with others can help create a Heaven on earth–that when we invest in others and care for them, we create the opportunity to basically ‘live’ in Heaven (on earth.)

There are miraculous stories about how God used Mister Rogers. There were stories about how he inspired a boy with autism to open up and eventually start speaking. And how a man found his entire life changed after a brief encounter in an elevator with Mister Rogers. And the story about the connection he made with reporter Tom Junod is no different. It’s this story that actor Tom Hanks will be bringing to life on the big screen in the movie, “You Are My Friend.”

According to an article the reporter originally published in 1998, Tom had lost something when he was a child that had shaken his faith. And in their very first meeting, Mister Rogers asked him about it. Throughout their time together, he continued to bring up this beloved childhood toy — Old Rabbit — so intimately tied to Tom’s prayer life.

After their introduction, Tom spent a considerable amount of time with Mister Rogers in order to write his now famous profile piece on the beloved children’s TV host. It as more than just an interview — the reporter tagged along day after day.

RELATED: Man Reveals How Mister Rogers Helped Him Through A Dark Time

Tom thought he’d get to know the man behind the show — that he’d separate Fred Rogers from the Mister Rogers on-camera persona. But he found there was no difference between the two. Mister Rogers was the same person when the cameras were rolling and when they weren’t. 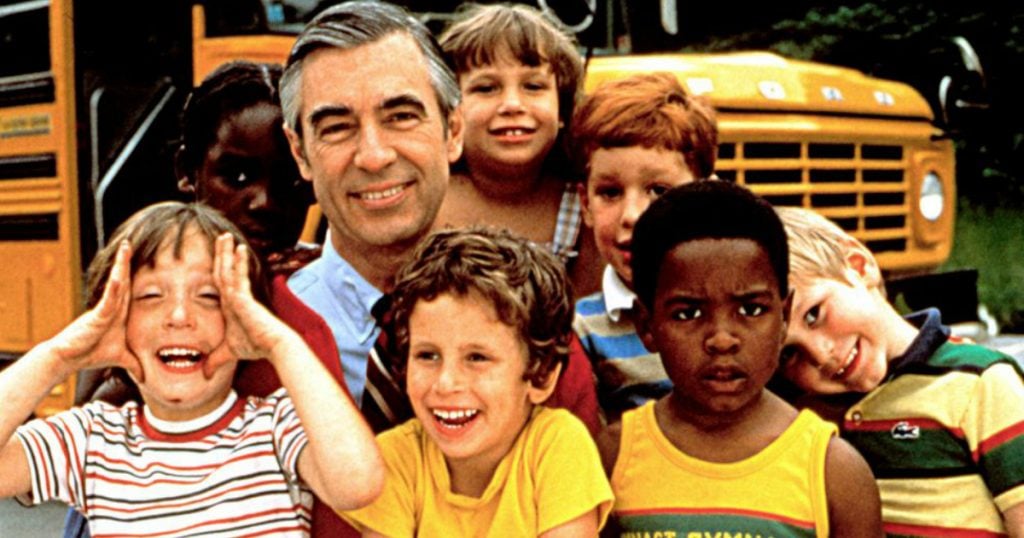 Mister Rogers influenced so many people through his TV show. But Tom found he influenced just as many in person. And even more surprising to Tom was how much this man of God influenced him.

“I took the story definitely not knowing that Fred would recognize in me a person who kind of needed a little bit of help,” Tom says.

And it revolved around Mister Rogers’ simple, three-word prayer:

Now, Hollywood is bringing this special relationship between a “cynical news reporter” and beloved TV icon to the big screen in a film called “You Are My Friend.“ Tom Hanks will play the childhood legend in the Mister Rogers movie, a casting decision many feel makes perfect sense. 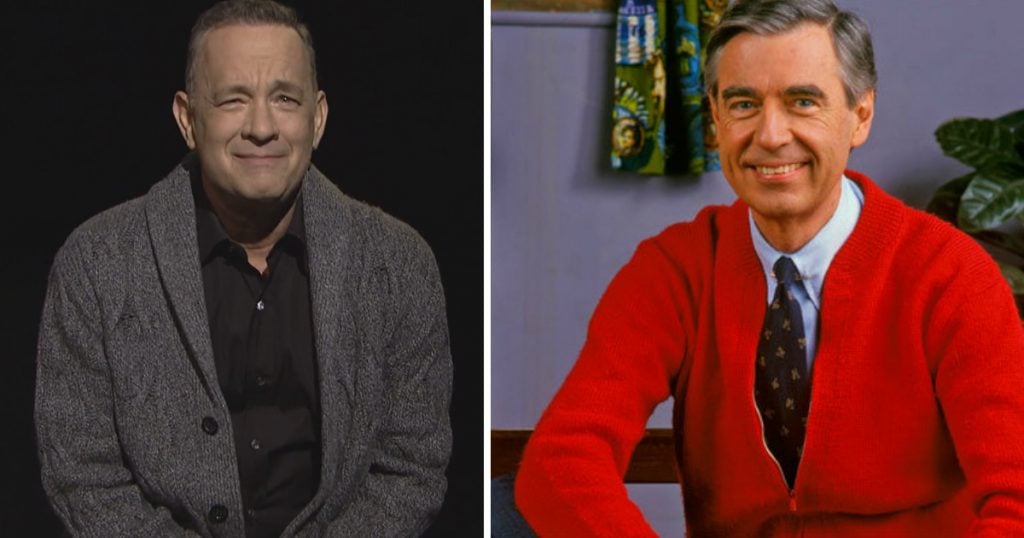 There are plenty of heartwarming stories out there about Tom Hanks. Whether it’s photobombing unsuspecting people, going out of his way to return a student’s lost ID, or blessing fans the VIP treatment, he’s earned himself a reputation of being one of the nicest guys in Hollywood. He’s known for taking time taking time out for his fans, much like Mister Rogers himself.

And reporter Tom Junod definitely thinks Mr. Hanks is a great choice for the lead role in the Mister Rogers movie.

“The really cool thing about Tom Hanks playing Fred is that Fred and Tom Hanks are similar in a really essential way in that they are gentle people, they are soft spoken people, but they are powerful people,” he said. “I think that Tom Hanks can really bring that aspect of Fred out.”

What makes Mister Rogers so special is just how authentically he cared for others. While his ministry was aimed at children, he truly loved all people. Mister Rogers shared his faith in one of the best ways possible — by how he lived his life. What a wonderful inspiration!

YOU MAY ALSO LIKE: Tom Hanks' Twitter Game Of Reading & Reacting To Nice Tweets Is Restoring Faith In Humanity

“By this everyone will know that you are my disciples, if you have love for one another.” John 13:35