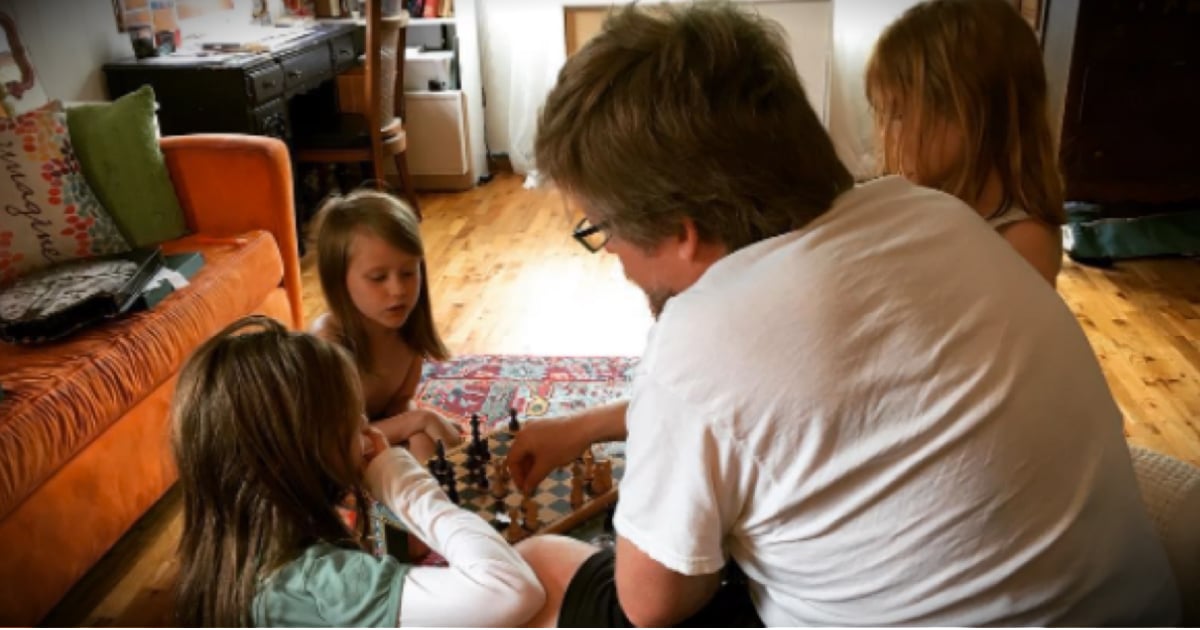 On-camera, Mister Rogers was the picture of kindness, patience, humility and compassion. His lessons on how to be a good neighbor touched countless lives. But Mister Rogers didn’t just teach it, he lived it. And one man’s touching story of how God used the real life Mister Rogers to help him at the time when he needed it most is tugging at some major heartstrings!

The Real Life Mister Rogers Truly Was A Good Neighbor

Like so many, writer Anthony Breznican grew up watching Mister Rogers’ Neighborhood. He learned a lot from him as a kid. But it was many, many years later, during a particularly rough time, that God used a run in with the real life Mister Rogers to provide the encouragement Anthony so desperately needed.

RELATED: Mister Rogers’ surprise reunion with a boy he inspired nearly 20 years ago

Anthony shared the touching tale on Twitter in honor of the 50th anniversary of Mister Rogers’ Neighborhood. 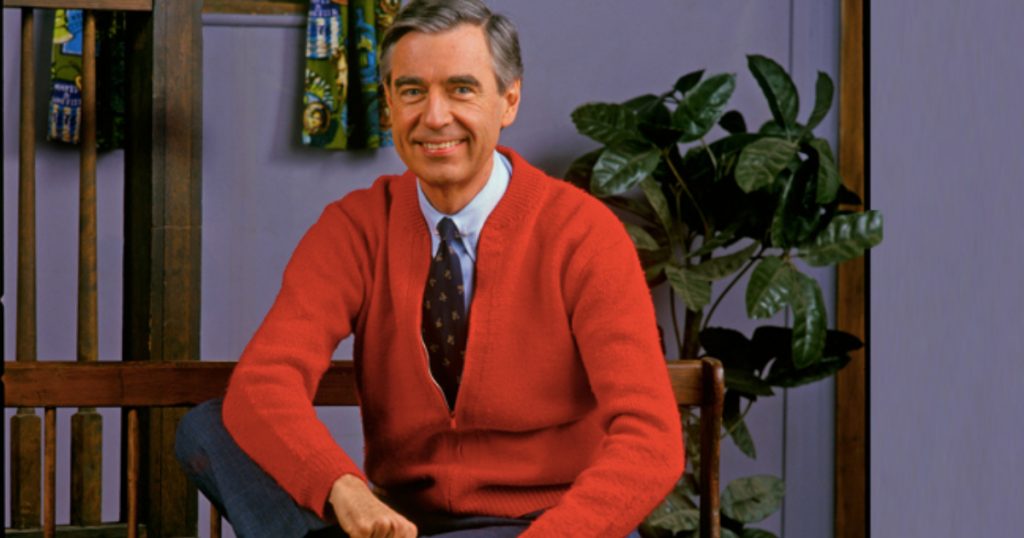 Fred Rogers was from Pittsburgh, my hometown, and my generation grew up loving this man, who taught us to be kind above all. Fred Rogers was the real thing. That gentle soul? It was no act.

As I got older, I lost touch with the show, which kept running through 2001. But in college, one day, I rediscovered it…

I was having a hard time. The future seemed dark. I was struggling, lonely, dealing with a lot of broken pieces and not adjusting well.

I went to Pitt and devoted everything I had to the school paper, hoping that would propel me into some kind of worthwhile future. It was easy to feel hopeless. One span was especially bad.

Walking out of the dorm, I heard familiar music: ‘Won’t you be my neighbor…’

It was easy to feel hopeless. One span was especially bad. Walking out of the dorm, I heard familiar music: 🎶Won’t you be my neighbor… 7/

The TV was playing in an empty common room. Mr. Rogers as there, asking me what I do with the mad I feel. (I had lots to spare. still do) It feels silly to say – it felt silly then – but I stood mesmerized. His show felt like a cool hand on a hot head. I left feeling better.

Days later, I get in the elevator at the paper to ride down to the lobby. The doors open. Mr. Rogers is standing there. For real.

I can’t believe it. I get in and he nods at me. I do back. I think he could sense a geek-out coming. But I kept it together.

The doors open, he lets me go out first. I go, but turn around. ‘Mr. Rogers… I don’t mean to bother you. But I wanted to say thanks.’

He smiles, but this has to happen to him every 10 feet. ‘Did you grow up as one of my neighbors?’

I felt like crying. Yeah. I was. [He] opens his arms, lifting his satchel for a hug. ‘It’s good to see you again neighbor.’ 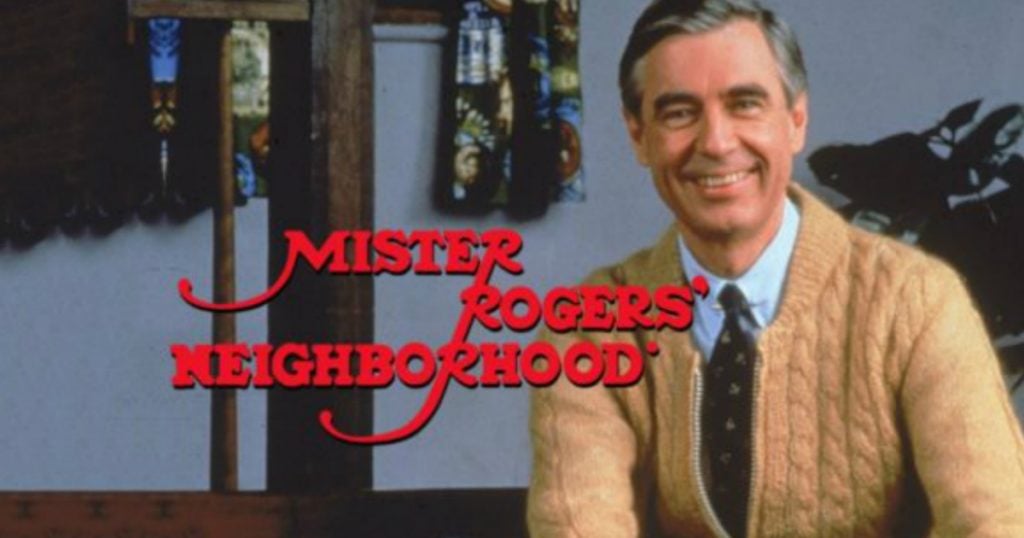 I pull it together. We’re walking out and I mention liking Johnny Costa (he was the piano player on the show.) We made more small talk.

As he went out the door, I said (in a kind of rambling gush) that I’d stumbled on the show again recently, when I really needed it. So I just said, ‘Thanks for that.’ Mr. Rogers nodded. He paused. He undid his scarf. He motioned to the window, & sat down on the ledge.

This is what set Mr. Rogers apart. No one else would’ve done this. He goes, ‘Do you want to tell me what was upsetting you?’

This is what set Mr. Rogers apart. No one else would’ve done this. He goes, “Do you want to tell me what was upsetting you?” 19/

So I sat. I told him my grandfather had just died. He was one of the few good things I had. I felt adrift. Brokenhearted. I like to think I didn’t go on and on, but pretty soon he was telling me about his grandfather & a boat the old man bought him as a kid.

Mr. Rogers asked how long ago Pap had died. It was a couple months. His grandfather was obviously gone decades. He still wished the old man was here. Wished he still had the boat.

The grandfather gave Mr. Rogers the row boat as reward for something. I forget what. Grades, or graduation. Something important. He didn’t have either now, but he had that work ethic, that knowledge that the old man encouraged with his gift.

RELATED: Mister Rogers is still reminding us to be good people

‘Those things never go away,’ Mr. Rogers said. I’m sure my eyes looked like stewed tomatoes.

“Those things never go away,” Mr. Rogers said. I’m sure my eyes looked like stewed tomatoes. 26/

Finally, I said thank you. And apologized if I made him late for an appointment.

‘Sometimes you’re right where you need to be,’ he said.

Mr. Rogers was there for me then. So here’s this story, on the 50th anniversary of his show, for anyone who needs him now. I never saw him again. But that ‘helper’ quote? 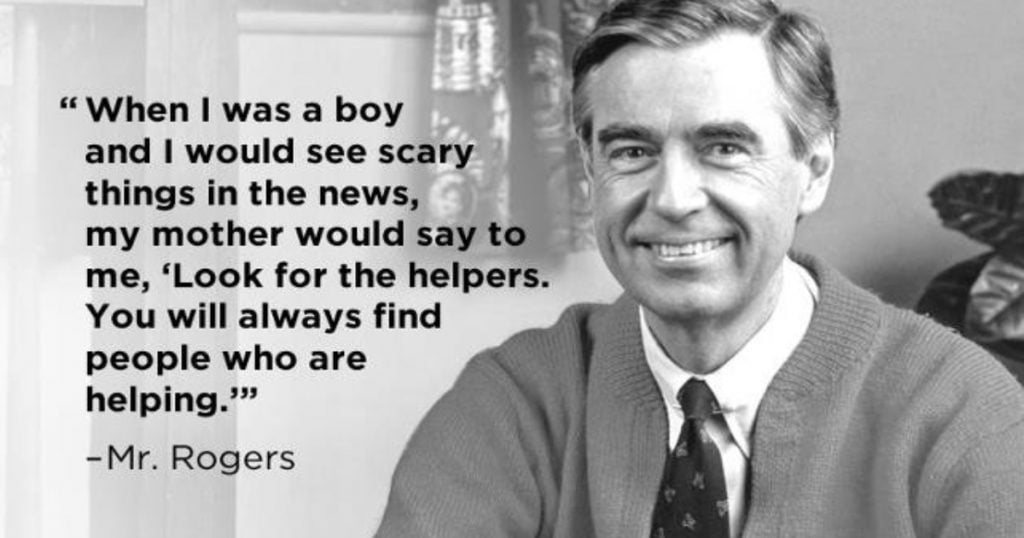 That’s authentic. That’s who he was. For real.

When Mr. Rogers died in 2003, I sat at my computer with tears in my eyes. But I wasn’t crying over the death of a celebrity.

I was mourning the loss of a neighbor.”

Anthony’s story is the perfect illustration of something NBC Nightly News anchor Tom Brokaw once said of the real life Mister Rogers:

“Mister Rogers was an ordained minister, but he never talked about God on his program. He didn’t need to.”

Mister Rogers’ Neighborhood was never considered a religious program. And yet, Jesus told us to love our neighbor, and Mister Rogers taught kids just how to do that.

A man once asked Jesus, “Who is my neighbor?” (Luke 10:29) Jesus then told the story of the Good Samaritan, making it clear we are to love everyone. Mister Rogers lived his life that way, as a good neighbor to all. And sometimes the truest form of evangelism comes not from our words, but from our actions. So, go out and love your neighbors!

YOU MAY ALSO LIKE: Mister Rogers’ touching reunion with a boy he inspired nearly 20 years ago

“In the same way, faith by itself, if it is not accompanied by action, is dead.” James 2:17

Please be sure to share this story to show others just what a good neighbor is!