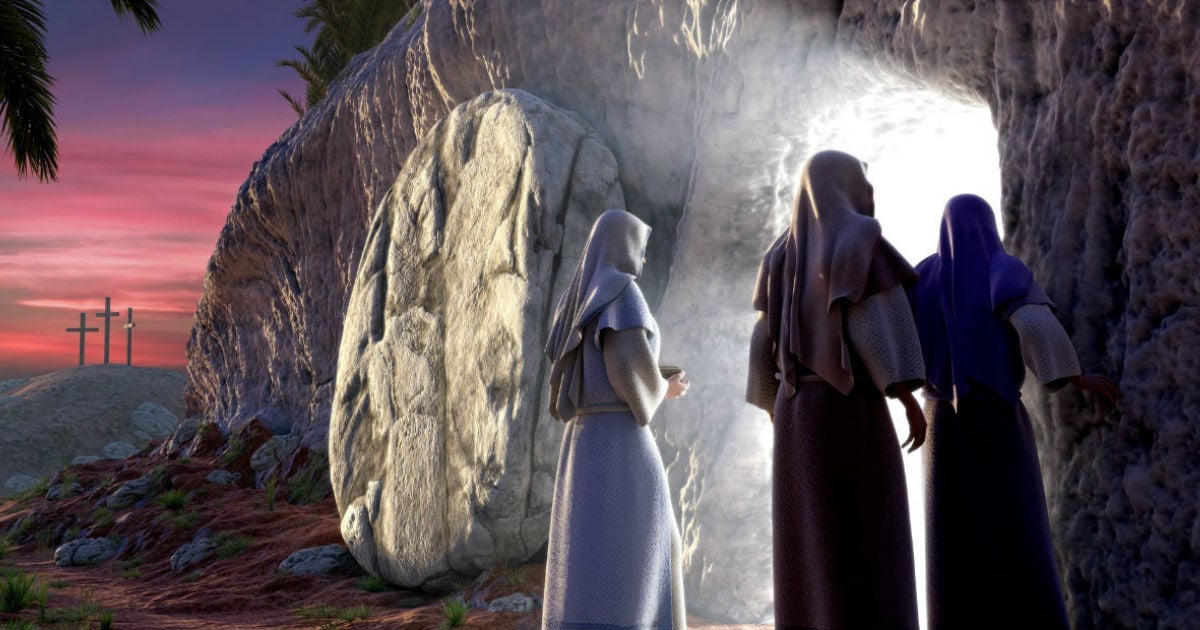 10 Strong Women From The Bible Who Exceeded Expectations
Read Article »

Utah couple Jason and Clarissa Osborn are dealing with unimaginable tragedy after losing 5 babies in 11 months. It’s the kind of grief that could easily become overwhelming. But this beautiful couple finds comfort in God’s promises. And the way they are leaning on their faith during such a difficult time is truly inspiring.

“Children bring so much happiness, and life is nothing without children,” Clarissa said.

The couple never imagined their wish would come with so much heartache.

Experiencing Loss For The First Time

Everything went perfectly with their first child — a son they named Carter. He’s now a happy, healthy 4-year-old.

But soon after his birth, Clarissa’s health took a hit. Doctors found she had brain tumors, and the same radiation treatments that cured her also robbed Clarissa of the ability to conceive.

However, thanks to IUI (intrauterine insemination), hope still remained. With the treatment, Clarissa gave birth to their first daughter — Shanna. Sadly, though, Shanna had a genetic heart defect which required open-heart surgery right after her birth.

The surgery was a success, and after a month in the hospital, Shanna was able to come home.

"Carter got to love on her and was thrilled to have a little sister," says Clarissa. "Things were going well. Then one Sunday morning, we awoke to a cry we had never heard before."

Shanna was cold to the touch when her terrified parents picked her up. Then she stopped breathing all together. Jason performed CPR while they waited for the paramedics to arrive.

"They tried and tried to resuscitate her," says Clarissa, "but it was too late."

Friends and family rallied around the grieving couple, helping them through the difficult time.

“We wouldn’t have been able to get through it I don’t think without them,” Clarissa said.

Unfortunately, there were more dark days ahead.

Jason and Clarissa made the decision to try again with the fertility treatments. This time, they were ecstatic to find Clarissa was carrying quadruplets! Four little girls would be joining the family. 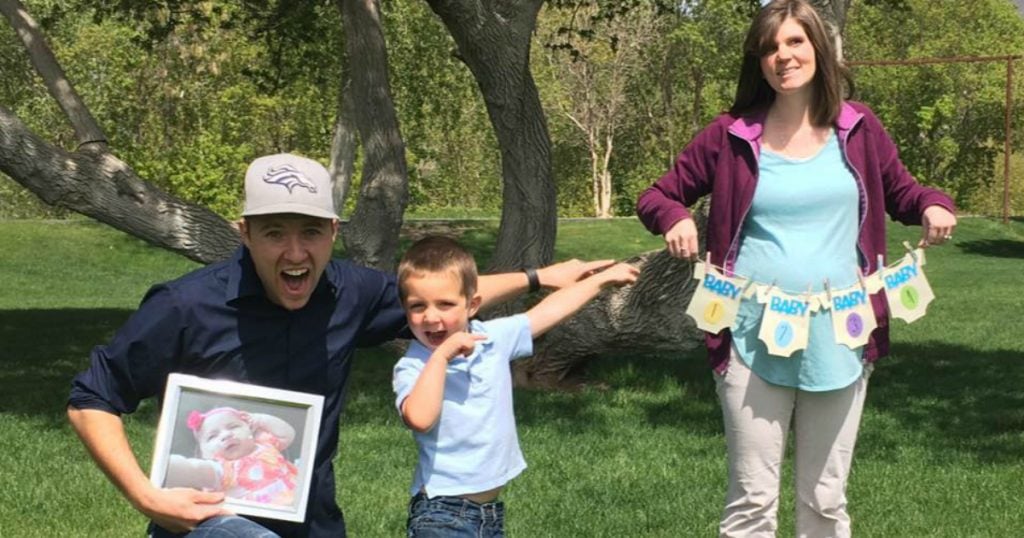 Everyone was so excited for the Osborns. In fact, a local television show, Random Acts, surprised the family with a gender-reveal baby shower. Friends and family loaded them up with four of everything — strollers, cribs, and so on.

But just 23 weeks into the pregnancy, Clarissa went into labor. It was far too soon, but there was nothing the doctors could do to stop it. So, the four tiny girls — Kylie, Savannah, Ellie and Lexi — were delivered via emergency c-section, as doctors and nurses did all they could to help them survive.

Unfortunately, the odds to overcome were simply too great.

A day after the quadruplet’s birth, little Kylie passed away from brain bleeding. The next day it was Ellie because of lung bleeding. Savannah and Lexi died the day after that.

"We firmly believe that our girls have moved on to be with their Heavenly Father and their sisters," the Osborn's wrote on Facebook, following the girls' passing. "There is life after death and that gives us comfort."

And even though this amazing couple focused on their blessings, losing 5 babies in 11 months took its toll.

"We were able to say goodbye to them all, and we were grateful for that," Jason said. "But after already losing one daughter, to lose another four was heart-wrenching. I kept thinking, ‘Why all four? Couldn't just one have made it?' It was extremely difficult to realize that none of them were coming home."

The couple arranged for someone to clear out all the baby stuff before they came home, which was donated to families who have babies born with heart defects like Shanna. And at home, they found themselves trying not to give in to the overwhelming amount of grief that comes with losing 5 babies in 11 months.

Lifted Up By The Body Of Christ

In this time of darkness, the Osborns drew close to God. He helped carry them through the toughest parts.

“There’s no way that we could have gone through the experiences that we’ve had without trusting in God and our faith,” Jason said.

And He used His body of believers to pour out love and support so they knew they weren’t alone.

Neighbors, church members, friends and family did anything and everything they could to minister to the grieving couple both physically and emotionally, including starting a GoFundMe page to help with medical expenses.

“What I’ve learned from this amazing family is, we try to lift them with physical things but it seems like we’re always lifted from them,” said the couple’s church bishop, Greg Johnson.

Their Facebook page blew up with condolences and messages of encouragement from all over the world. Many of the messages were from complete strangers who couldn’t bear the thought of one family experiencing so much loss.

And every heartfelt word helped the couple heal.

“Having those people reach out who had no idea who we were and you think of social media and the impact that it can have for me that was very helpful,” Jason said.

Honoring The Girls They Lost

Though the Osborns’ hearts will never stop grieving the children they lost, with all of the love and support they’ve been able to get back on their feet. But Clarissa’s biggest wish is to make sure their 5 little angels are never forgotten. And so, they are honoring the girls by helping others in their names.

In addition to donating all of the shower gifts, the family has awarded two $500 scholarships to college students with the same heart condition as Shanna. They plan to award these scholarships each year.

"We wanted our daughters to go to college, so this is a way for us to follow some other young people through their journey and support them, even though we don't have our little girls," Jason explained. "It's a way to keep them in our lives and keep their memories alive, and bring smiles instead of pain."

Life in this broken world will always include suffering. But the Osborns are an incredible example of just how powerful faith is. Even in the darkest storm, He is with us!

YOU MAY ALSO LIKE: Stranger's Odd Request After Family Takes Photo At Walt Disney World 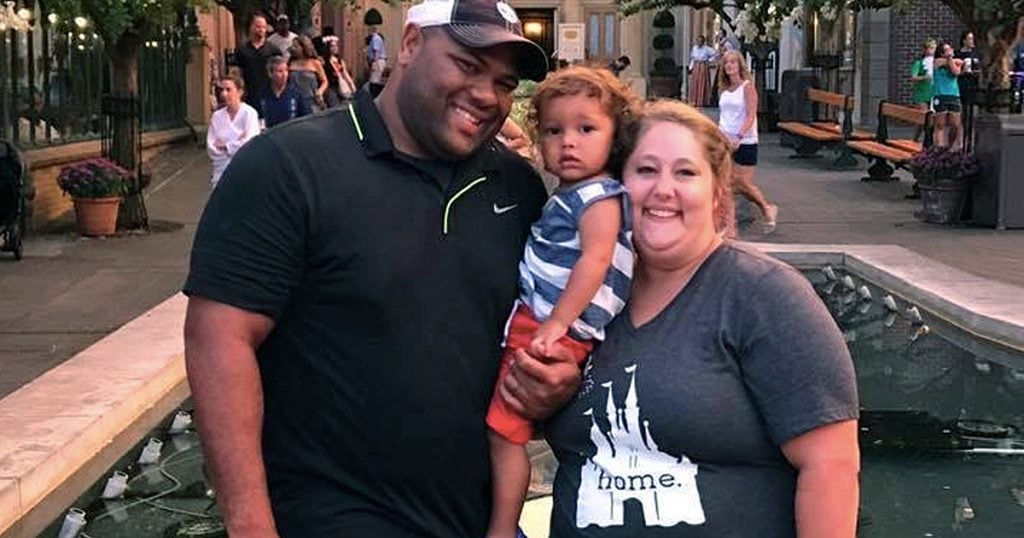