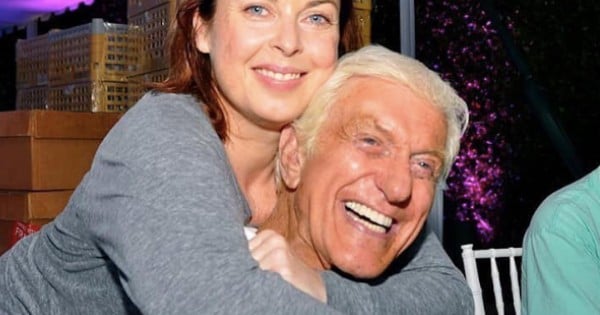 Francis and Roberta Doiron, a couple married 72 years, spent more than a year apart due to COVID-19. Now, they are finally reunited.

Francis and Roberta Doiron have a love that lasts. And after 72 years together, the pair knows how important commitment is to a marriage.

But due to COVID-19, Francis was unable to visit his wife in her nursing home, and the two have been physically apart for over a year.

And the couple's separation has been increasingly hard for them. "She's losing her memory more often because I'm not there," says Francis about Roberta.

They have been able to use FaceTime over the last year to communicate. But for a couple married 72 years, it is still not the same as being in the same room as your sweetheart.

"Hey Roberta!" Francis says enthusiastically as he uses FaceTime to greet his wife every morning. "Remember, I love you very much."

Couple Married 72 Years Is Finally Back Together

Thankfully, after a year apart, the couple is finally able to reunite in person!

RELATED: 90-Year-Old Couple Is Reunited for Their 66th Wedding Anniversary After Months Apart

With both of them being fully vaccinated, the two were able to have such a sweet and emotional reunion at Roberta's nursing home. And Francis can now visit her regularly.

"I'm getting to hoping that once I get to see her more often, I can bring her memory back," he says.

And after sharing their first hug in a while and holding hands next to each other, Francis is hopeful about the future and things to come.

"Things aren't that bad," he says. "There is a light at the end of the tunnel."

YOU MAY ALSO LIKE: These High School Sweethearts Spent Nearly 70 Years Apart But Reunited At Last And Wed

What a beautiful story of love and commitment. May God bless this precious couple as they continue to love and support each other, no matter what life throws at them.