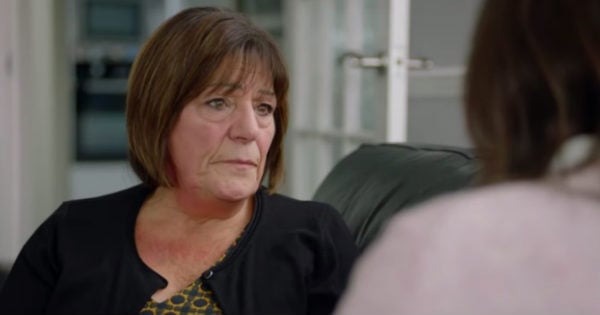 Dan Bryan finds ways to catch a glimpse of his dearly beloved son every day. This anguished dad finds a way to honor his late son after a note from a stranger with the same name arrives.

Dan has been through the valleys that no parent should ever experience–surviving after their child has passed on. His son, Ethan Bryan, was an avid baseball player until a car accident ended his life one night on his way home from practice.

No one knew just how much Ethan loved baseball except for his father. Dan remembers how Ethan wanted to attend a certain college because they had fall and spring baseball.

Ethan’s family eventually learned to move forward in the day-to-day of life. But Dan remained trapped in his grief. All he could do was sleep though he did find small victories in attending church and being in the presence of God.

Eventually, Dan’s family and friends tried to talk him into talk therapy. But Dan didn't see the point of sitting down and talking to someone who had no idea what it was like to lose a child. However, Dan decided to give it a try and called an old friend Dr. Whitehead who works as a psychologist. He simply called and said, "Hi Doc, my son died."

RELATED: Craig Morgan Remembers Late Son And Sings ‘The Father, My Son and The Holy Ghost'

Dr. Whitehead helped Dan navigate his grief and gave Dan many tools to use, but something was still missing for Dan. He was slowly making progress and found numerous ways to honor his son's memory.

But when spring rolled around, Dan realized the only place he couldn't return to was the ballfield. Though he tried. He came to support the team but found himself constantly looking for his son's face on the field.

"Every time I'd see the guys jog out onto the field, I'm looking to see where E is at," he said. "I'd scan every face, and none of them is Ethan's face."

In the midst of his grief, God was already at work. Almost a year prior, another man by the same name as Dan's son had written a book about baseball titled, "A Year of Playing Catch: What a Simple Daily Experiment Taught Me About Life."

The author Ethan Bryan had been googling his name to find out how well his book had been doing when he had stumbled across Ethan's obituary. In awe of the fact a boy who shared his name and his love of baseball, he felt compelled to send the book to a school administrator in Dan's town which is how the book ended up collecting dust on Dan's shelf until he remembered the book.

For Dan Bryan, Catch Becomes A Tribute For Late Son

One day Dan came home and dusted off the book and read the first few pages, "There's something about the physical act of playing catch. The gatekeeper in your brain that usually prevents you from sharing intimate details relaxes. You establish trust." What Dad found was more than trust. He found surrender, comfort, and God's plans unfolding in ways he never imagined.

Dan was touched by the concept of playing a daily game of catch and decided he was going to commit to a year of playing catch to honor his son's memory. So Dan began playing catch with anyone who was willing.

Teachers, coaches, other kids, friends, family, and even strangers. He posted an invitation on Facebook that read, "I hope to meet and toss the baseball with those I currently know and future friends I have not yet met."

Eventually, he named his daily round of catch as "Baseball Seams to Heal." Those who came to play a game of catch got to hear stories about Ethan and slowly, Dan's heart began to heal.

"In the beginning," Dan Bryan said, "I just wanted to spread the word, let people know who Ethan was, for those that didn't get to meet him, and keeping his memory alive with me. It's become a lot more than a game of catch."

A Path Toward Healing

Dan still thinks about all the things he will miss because of his son's passing like watching him go to college, get married, or have kids. He thinks about the seasons of baseball he won't have with his son but he's finding a way to move forward and how life truly centers around a red-lined leather ball. But more than that, Dan found a way to heal while honoring his son's love of the game.

Suffering a loss of a child can make parents feel lost and isolated from our heavenly Father. We're incredibly thankful to know through Dan's story how God was already providing comfort and solace. We can put our faith in the heavenly father to know he will never abandon us.

YOU MAY ALSO LIKE: Anne Wilson Was on a Totally Different Path Until Brother's Death Uncovered God's Plan for Her

"The Lord is near to the brokenhearted and saves the crushed in spirit." Psalm 34:18

LISTEN: TobyMac Talks About The Grief Of Losing His Son | Mark Wahlberg Tells What He's Giving Up For Lent