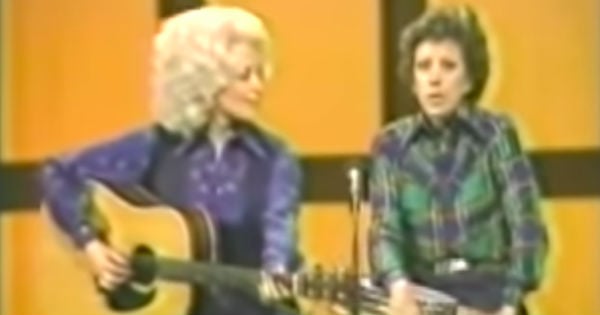 Christian celebrity Dennis Quaid sings Friends in his Grand Ole Opry debut. The country song is one he wrote and it contains a powerful message for us all!

As Dennis Quaid sings, the lyrics to Friends reveals the value of friendship, individuality, and acceptance. And it is universally relatable.

Dennis shares a bit about what inspired him to write Friends.

"I wrote it the week after the riots. I was there in Los Angeles watching and I was just so saddened by it, having grown up as a kid in the '60s. The riots were happening and the civil rights movement. There was a lot going on then, but it seemed like even with the strife that was going on, there was still a dialogue that was happening," he shared.

"There were still people and faces to go with identification of those movements in that dialogue. Now days it doesn't matter who you are, black or white or whatever, where are those people that are the voices of where we're trying to go for all of us? And so, I just came home one night, sat down on the bed and it just spilled out in about 20 minutes."

RELATED: Dennis Quaid Breaks His Decades-Long Silence to Share About His Battle with Demons

Dennis Quaid sang and recorded the song in Los Angeles at NightBird Studios.

"Underneath the Sunset Marquis Hotel in LA, there's a studio down there and I just produced it myself. I took my guitar player Jamie. We rehearsed it a lot and then we went in and that's one take. It's very raw. There's nothing added to it," he said. "It's two guitars and a vocal and so I think I might go in and re-record it as well for a radio version...I'm really excited about that and I think it could take on a life of its own."

YOU MAY ALSO LIKE: What Dennis Quaid & Others Recall 10+ Years After Loss Of Liam Neeson's Late Wife

It's great to see Dennis Quaid singing and trying his hand at the country music scene. We hope you enjoyed listening to his new song ‘Friends.'