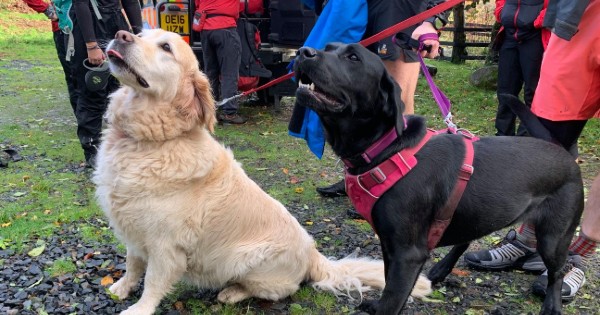 One brave dog saves his owner from a mountain lion that she encountered in her backyard. What a courageous pet!

Mary Padres lives in La Verne, California, and recently she found herself face-to-face with a large mountain lion in her backyard. The sight of the mountain lion made her scream and run back inside the house like I'm sure anyone would do if they stumbled upon a creature like that in their yard!

RELATED: 2 Loyal Dogs Come Up with a Rescue Plan to Save Owner After the 71-Year-Old Collapses

"The mountain lion was looking right at me," Mary said. "It was huge."

The brave dog had eight large puncture wounds from the mountain lion and ended up having to get 30 stitches from the vet. "We saw the hole all the way down to his brain," Mary shared.

Rocky made it out of the fight alive, and Mary could not be more thankful for her sweet dog's heroic act. "To make sure that I was OK, that's the whole reason he went after that mountain lion," she said.

YOU MAY ALSO LIKE: Man Enters Nashville Church With Ill Intent But Then The Pastor Tackled Him

God bless that protective dog who made it his duty to keep his family safe from harm's way!