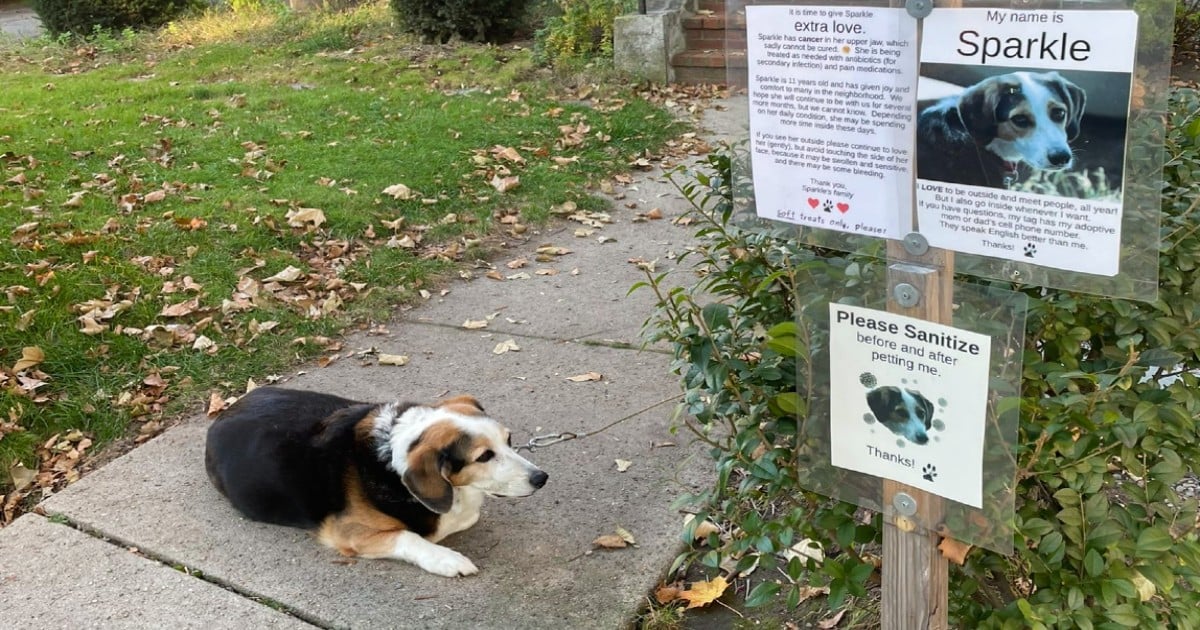 Captain the Golden Retriever spent his puppyhood in California and played through the warm, sunny days. He didn't even know colder weather existed, let alone snow.

RELATED: Owner Kisses Dog And Her Other Pup's Jealous Reaction Is Too Funny

All of that changed when Captain's family moved to Colorado. His owner, Liz, eagerly waited for the first snow of the season, wondering her playful dog would react when he sees snow.

His human shared that he always puts smiles on their faces, and she said, "He is such a light and is always there for everyone. We have a son that is autistic, and he always goes to him to give him comfort. He's just the best boy we could have ever hoped for."

After watching him longingly stare out the window, Liz let him outside to embrace the fluffy flakes. He looked mesmerized!

Dog Sees Snow And Insists On Showing His Best Bud

Confused as to why Captain came back to the door when he was clearly interested in the snowflakes, she let him in and was no longer surprised. Captain grabbed his favorite toy and best friend - a stuffed tiger.

Since he was a pup, Captain adopted his human sibling's stuffed animals - specifically the tigers. His first bestie was a beautiful snow tiger, soon destroyed by his excitement. Next, he snatched an orange tiger that he shares all of his fun experiences with. Liz said, "He brings it everywhere! He always picks it up when he gets excited and wiggles his little butt."

So, when this sweet dog sees snow, he decides he’s just got to include his very best friend in the magical experience!

Captain pranced right back outside, best friend between his jaws, and enjoyed every single snowflake his little happy eyes could see! The precious pup found joy in the simplest moment and shared his happiness with his humans.

You May Also Like: Photo of ‘Bizarre Snow Creature' Fail Goes Hilariously Viral

Now, couldn't we all use a little of this joy? Look at the pictures of Captain again and pass a smile on to your loved ones!