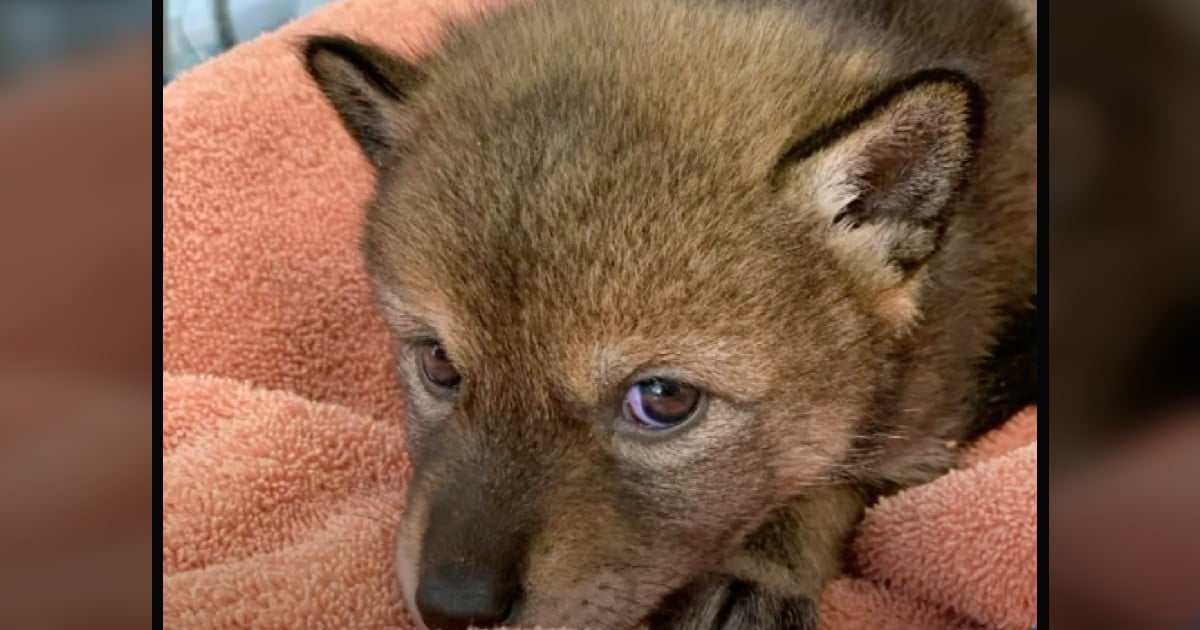 Family Rescues Lost Pup Wandering The Side Of The Road, Then Realizes It’s Not a Dog
Read Article »

One couple wakes up to a dog sleeping in the bed with them, only to find out that it's not their dog!

RELATED: Family Rescues Lost Pup Wandering The Side Of The Road, Then Realizes It's Not a Dog

Julie and Jimmy Johnson are dog lovers and have three dogs as pets. So, it is a common occurrence for them to wake up with a dog snuggled next to them. What they didn't expect to happen was to see an unfamiliar dog in bed with them!

Julie shared about the bizarre event in a post on Facebook. “It is absolutely normal to wake up in our house with one of OUR dogs in the bed with us,” she wrote. “One small problem, THIS IS NOT OUR DOG, nor do we know how she got in our house.”

She included pictures of the mystery dog in her post. “This is the weirdest post I have ever had to make… Is this your dog?” she wrote.

Julie explained that she and Jimmy had assumed it was one of their dogs in the middle of the night, since it was dark in the room. But once the early sun began to light up the bedroom a bit, the couple realized that the dog was one they had never seen before.

“You could see light coming into our curtains in our bedroom and I feel my husband not just roll over, but kind of startled, like almost a jump roll over and it woke me up,” Julie said. “And in a quiet but stern voice, he said, ‘Julie, whose dog is this?’ My husband just went to kind of pull the blankets up a little bit, almost like they were going to protect him … and at that point, the dog got even further up on our pillows and snuggled in and was just 100% content being there.”

Shortly after Julie posted about the funny situation online, the dog's owner messaged her. Turns out the dog is named Nala and had slipped out of her collar on a walk the previous day. Nala must have been afraid of the thunder from a storm that night, and slipped into the Johnsons house by a door that was not properly closed.

“Our overly friendly pup, Nala, has hit an all time record for ignoring personal space and added yet another trick to her long list of Houdini acts,” wrote Cris Hawkins on Facebook, one of Nala’s owners.

What is sweet is that Nala has since had a play date with Julie and Jimmy's dogs.

YOU MAY ALSO LIKE: Pet Ower Gets Miraculous Final Goodbye While Spreading The Ashes Of Beloved Dog

This is one funny story and a reminder of how wonderfully loving and cuddly dogs can be!