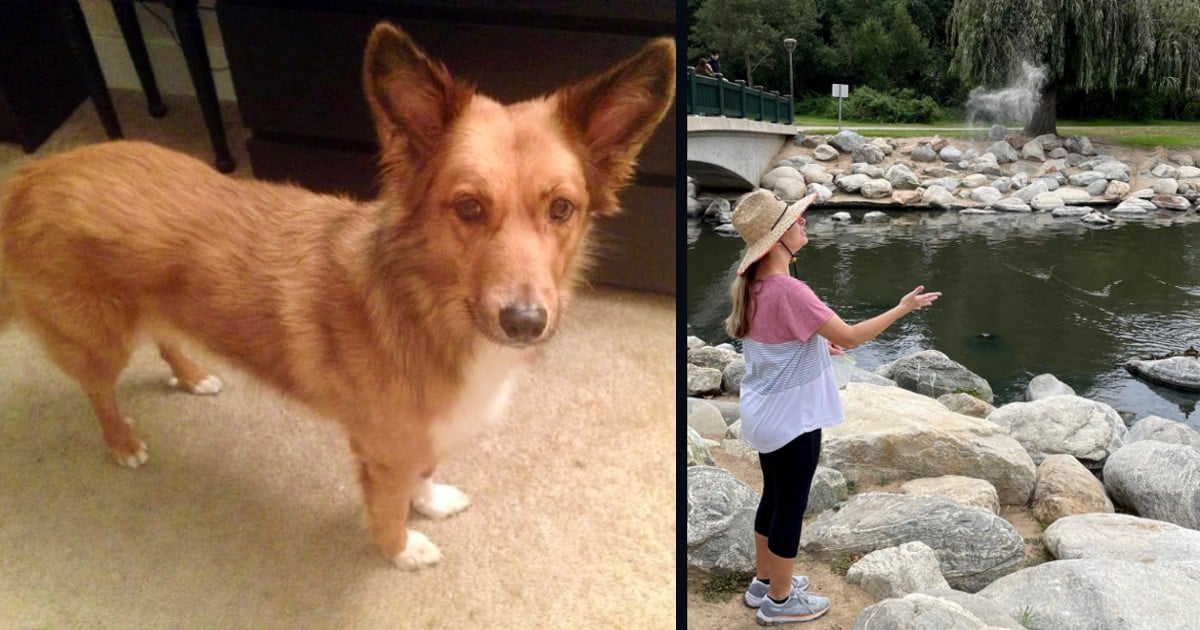 A rescued coyote pup has a happy forever home but not before it was mistaken for the wrong species! A well-meaning family spotted the animal on the side of the road and brought it home, thinking it was a dog.

As a kid growing up in Arizona, I had a coyote named Gypsy as a pet. My dad had found her wandering in the desert after hunters had killed her mother. She was truly the best ‘dog' I ever had, except for all the wildlife she hunted and brought to our doorstep. Rabbits, squirrels, and snakes seemed to be her favorite gifts.

Looking back, my dad should have done what this loving family did for their rescued coyote pup.

The family called the New England Wildlife Center to get this pup the help and care she needed.

“​​After realizing their mix up, they called us for assistance,” with the help of the Mass Department of Public Health; we were able to determine there was no potential exposure risk to rabies and were able to clear him for care and granted permission to rehab by Mass Wildlife.”

That's because coyotes can carry rabies. The New England Wildlife Center added, "Coyotes are considered a Rabies vector species in MA and are susceptible to contracting the virus that is deadly to all mammals, including people. If the finders had been bitten, scratched, or had extended contact, we would have been mandated to euthanize the pup and test for rabies. We are grateful to every single person who takes time out of their day to help wildlife when they are needed, but we always encourage people to call the appropriate resources prior to intervening; it can help keep all involved safe!”

But there's even better news! This sweet little pup will not only learn how to be a coyote in a safe environment, but she will also soon have a foster sibling to keep her company.

RELATED: Construction Workers Rescue A ‘Dog' That Isn't Actually A Dog At All, He's A Wolf

“Once both pups receive their vaccinations, they will be raised together and will be given a chance to grow and learn natural behaviors in our large outdoor caging. We work hard to give them as much of a natural upbringing as possible and will work to replicate the essential behaviors and skills they learn from mom and dad.”

We look forward to hearing how this sweet rescued coyote pup grows up. And we are so glad she has a happy and safe environment. When you look at her precious face and her big eyes, it would be so hard to give her up. Don't you think? What a precious little face. Thank God she got a second chance at life.

And one day, we won't have to worry about giving wild animals a safe place to be away from humans. Because God promises when there is a new heaven and a new earth, the wolf will lie down with the lamb and lions will lie amongst calves.

Heaven will be an extraordinary place where we can interact with lions, tigers, and even coyotes!

YOU MAY ALSO LIKE: Woman Rescues Scared Creature with No Idea What It Is and Mystery Animal Stumps Vets, Too

"And the wolf will dwell with the lamb, and the leopard will lie down with the kid, and the calf and the young lion and the fatling together; and a little boy will lead them," Isaiah 11:6

WATCH: Family Rescues Lost Pup Wandering The Side Of The Road, Then Realizes It’s Not a Dog