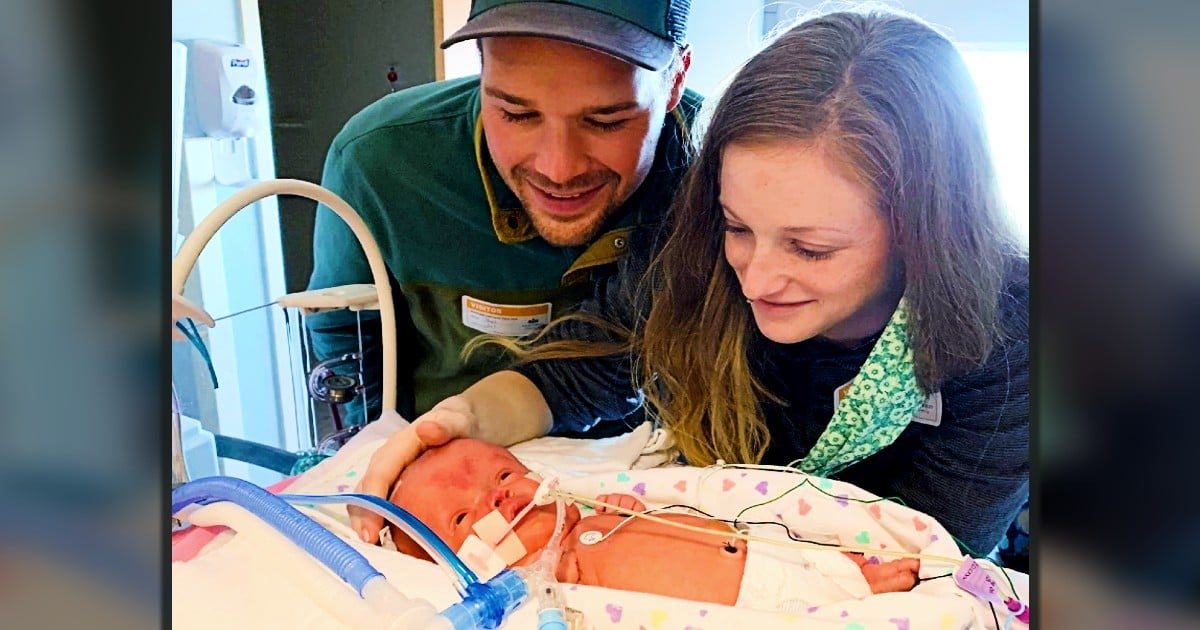 Natalie Franko Larason was spreading the ashes of her beloved dog Biscuit when something miraculous happened. And Natalie knew in her heart this was a special sign from above!

Our pets are such a special blessing from the Lord. They bring companionship and unconditional love to their humans. So, it’s devastating when their time with us on earth comes to an end.

RELATED: This Angel Dog Had One Last Message For His Owner

Natalie Franko Larason was grieving the sudden loss of her 12-year-old Shepherd/Collie mix, Biscuit. Biscuit’s death was unexpected and left Natalie devastated. Even as a few months passed by, Natalie’s heart still ached over the absence of Biscuit.

So, one Sunday, Natalie went to Biscuit’s favorite park to pay a special tribute to her beloved pup.

RELATED: Woman Looks Up To Heaven And Sees Image Of Her Dog In The Clouds Hours After He Passed

Natalie began spreading some of the dog’s ashes near a pond the two would visit often together. Her husband was there, too, taking photos of the moment. And when the couple later reviewed the pictures, they spotted something miraculous!

Later that night, Natalie reviewed the photos her husband took as she was spreading the ashes of her beloved fur baby. And she couldn’t believe what she saw!

As Biscuit’s ashes dispersed into the air, they formed a figure — one that looked just like Biscuit!

“It wasn't until later that night when we were looking back at the pictures from the day that I noticed...her,” Natalie said. “Biscuit was THERE, clear as day in the ashes. Immediate happy tears, full body chills and shock.”

Natalie also has a slow-motion video of when she was spreading the ashes and Biscuit appeared.

“I was astonished to notice that the shape they formed looked exactly like her. I took it as a sign of her final goodbye and cherish this video,” Natalie recalled. “It's miraculous.”

YOU MAY ALSO LIKE: Man's Incredible Photos Of Mysterious Figure Glowing In The Clouds Go Viral

Natalie shared the images and video in the hopes it will bring other animal lovers comfort. It’s a reminder that our beloved pets never truly leave us. They remain in our hearts forever.

WATCH: Figure Of Beloved Dog Appears While Spreading The Ashes