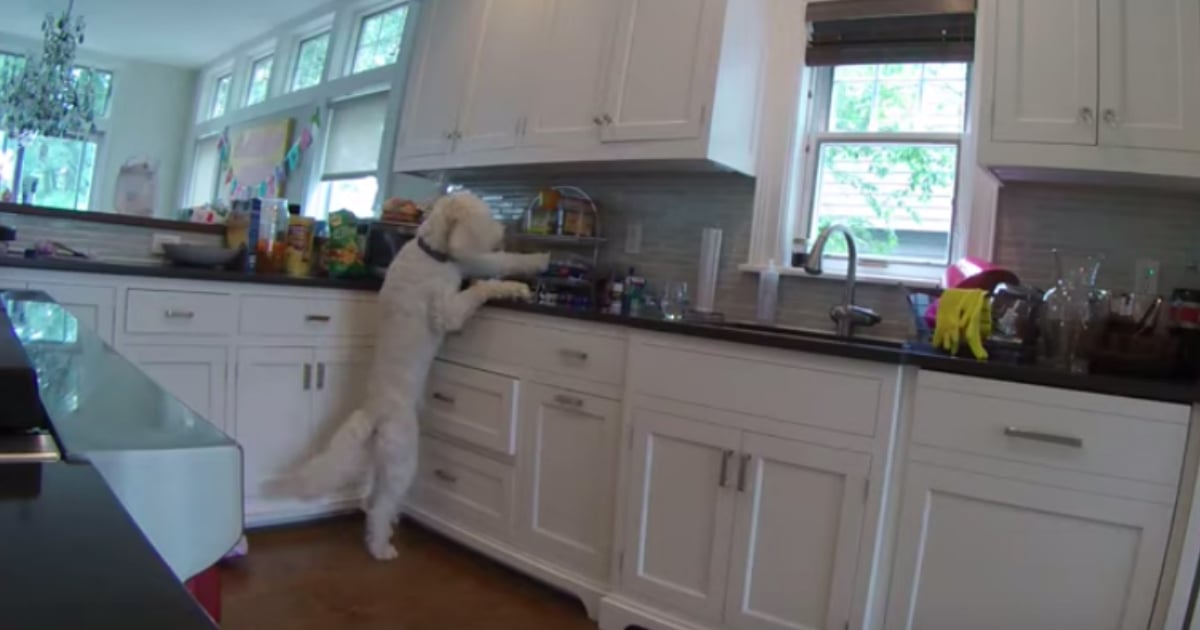 One smart dog rings the doorbell to get back inside after running away, and the video of her return is hilarious! I bet her owners never expected their dog to know this creative trick!

Rajah is a dog from South Carolina and lives with her owners, Mary and Ryan. Like many dogs, Rajah is afraid of fireworks. Recently, a firework display went off near Rajah's home and she ended up running off.

RELATED: Little Girl Writes a Letter to God After Her Dog Dies and Mom Is Stunned When She Gets Reply

"She was in the backyard with our other dog and our neighbor started shooting off fireworks and I knew she'd be scared," Mary explained. "I went to the backyard – and she was gone."

As soon as Mary and Ryan realized that Rajah was missing, they went out to search the neighborhood for her. They even contacted local shelters and posted on social media in hopes of getting a lead to where their dog could be.

Dog Rings Doorbell To Get Back Inside After Running From Fireworks

But they ended up being reunited with Rajah in the most unexpected way! Around 3 am that night, Rajah showed up at their front door and rang the doorbell to be let in! It had been over 7 hours since she had disappeared. But somehow, this smart dog was able to find her way back to her family and used the doorbell to alert them of her arrival.

"I don't even know how she knew how to do that, I've never shown her how," Mary said. "She doesn't go out in the front yard, except to the car, so she's never seen us use the doorbell."

Mary and Ryan were overjoyed to see Rajah on their doorbell camera and to have their pup back at home, safe and sound. The video that was captured of Rajah's return was later shared online. It has now gone viral, bringing smiles to people all over.

YOU MAY ALSO LIKE: Golden Retriever Finds Tiny Kitten On His Bed And His Reaction Is Adorably Hilarious

What a great story of a happy reunion between owners and their pet, as well as a smart dog who learned how to operate a doorbell in her time of need!