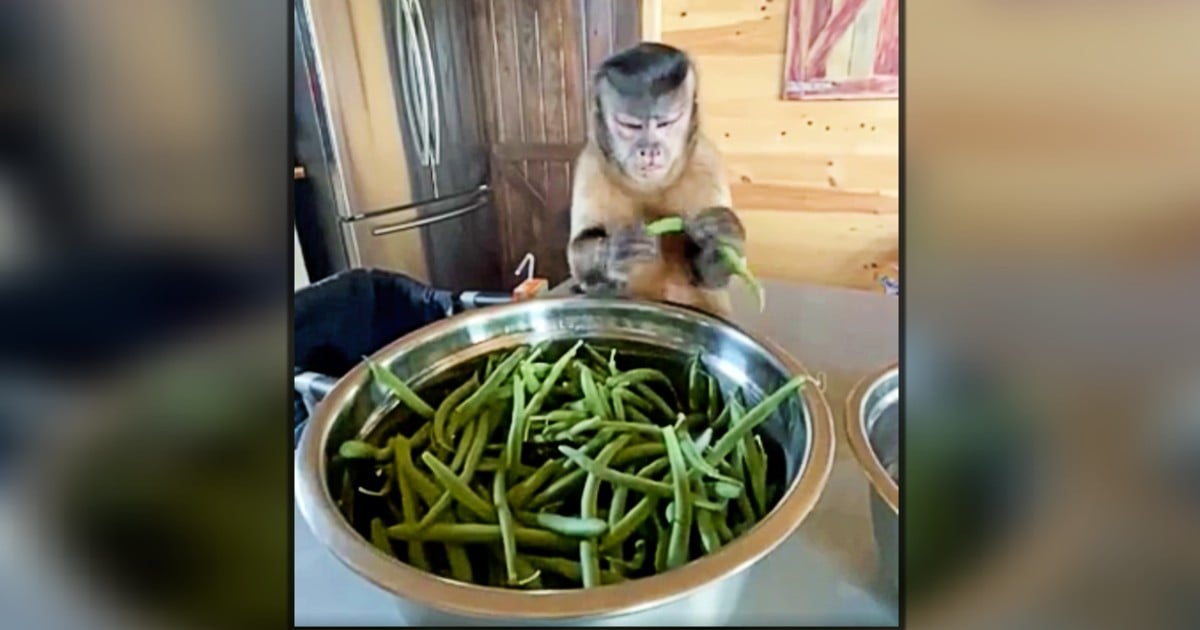 When this goofy dog finds a kitten on his bed, he’s shocked. And seeing his hilarious reaction is just adorable!

Bailey the Golden Retriever is a goofball and lovebug all in one! The three-year-old pooch and his humans live in Spain.

RELATED: Cameras Catch What A Dog Not Allowed On The Bed Secretly Does As Soon As She's All Alone

Thankfully, his humans decided to share adorable videos and pictures with the rest of us. Along with his own Instagram and TikTok accounts, Bailey has over half a million subscribers on Youtube!

How could you NOT want to see that fluffy little face all the time?!

Just as Bailey is about to plop down onto his big bed, he realizes there's something in the way — a tiny kitten! Clearly confused, he walks around the bed a little wagging his tail and then barks as if he's calling for his mom. "MOM! There's a monster on my bed!"

He paces around a bit more until he comes up with an idea — push the kitten off of the bed. Bailey starts nudging the bed with his nose in an attempt to reclaim his space. Unfortunately, his efforts weren't successful. The cozy kitten didn't care that the bed was moving.

RELATED: Cameras Catch Baby Boy Sleeping With Dog After Sneaking Out Of His Own Bed

As Bailey works hard to displace the strange creature, the kitten lets out the tiniest meows. Although still comfortable, she probably wants him to knock it off — typical sibling fight!

Eventually, Bailey bravely takes a few steps onto his bed and lays down so only half of his body is on it. He's sharing! How sweet! Kitty meows and paws at the giant in an attempt to stand her ground. I think at this point, they both realize that the other isn't so bad.

After a few more grumbles and an accidental head-butt, Bailey accepts defeat and lays beside his bed. The kitten then finds a much more comfortable spot — Bailey.

YOU MAY ALSO LIKE: Sneaky Kitten Decides To Try And Scare Her Owner And It's Beyond Adorable

This wholesome video warmed my heart and made my day! Animals are simply too pure for this world!

WATCH: Dog Can’t Believe There’s A Kitten On His Bed