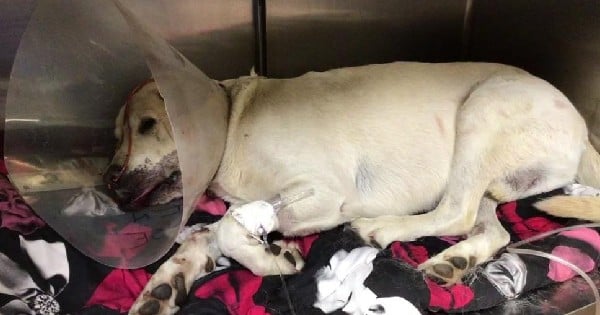 Salem is a newly adopted kitten who is black as night. And she’s just a bit larger than the size of your palm. But don't let her size fool you. She has a bigger-than-life personality because she likes to stalk up on her owner, sneak up on her new mama, Pryor and scare her.

RELATED: Owner Knows Instantly What His Sneaky Cat Is Really After When Being Overly Affectionate

In this video, you can see this wild-eyed little creature check to make sure her mama is coming. Salem is thinking, "Oh great, target acquired. Here she comes!" And when her mom rounds the corner, Salem pops out, hunched back on her hind legs as Pryor gets down close so you can see Salem's tiny paws and her wide-eyed expression that shows just how "pawsitively" terrifying she is!

Her mom says, “Oh, you’re so scary!” You can tell just how proud Salem is that she was able to "scare" her mom. This adorable TikTok ends with Pryor attempting to scare Salem as Salem jumps up in the air before scampering off down the hall.

Would you believe this cute TikTok has gone viral? It had more than 169 thousand comments and more than 20 million views and liked by 5.8 million people.

It's quickly become an overnight sensation because who doesn't love watching a moment of fun between a pet and pet owner. And who could resist a tiny, wide-eyed kitten who loves exploring her new world?

One viewer commented, "My black cat does this too! He’s always ‘hunting’ me!” Another added, “My dog started doing this too." Another added, "Am I the only one who wants to see this again and again when the cat grows up?" I think we all agree with the viewers, we can't help but watch Salem again and again. Later, Pryor posts another TikTok, and this time Pryor is stalking Salem, and Salem loved it!

YOU MAY ALSO LIKE: Dog Couldn't Resist Treat But This Sneaky Doberman Knows Just How To Cover Her Tracks

“I got something better, how about her actually scaring my mom,” Pryor posted in the video. Pryor walks by the dining table where Salem was silently stalking her prey and when she jumps out, Pryor is genuinely startled as Salem preens over her accomplishment. I don't know about you but I’m thanking God for giving us genuine moments of joy through little creatures like Salem!

You asked and you shall receive. here is a video of Salem getting scared of me jumping & saying boo.