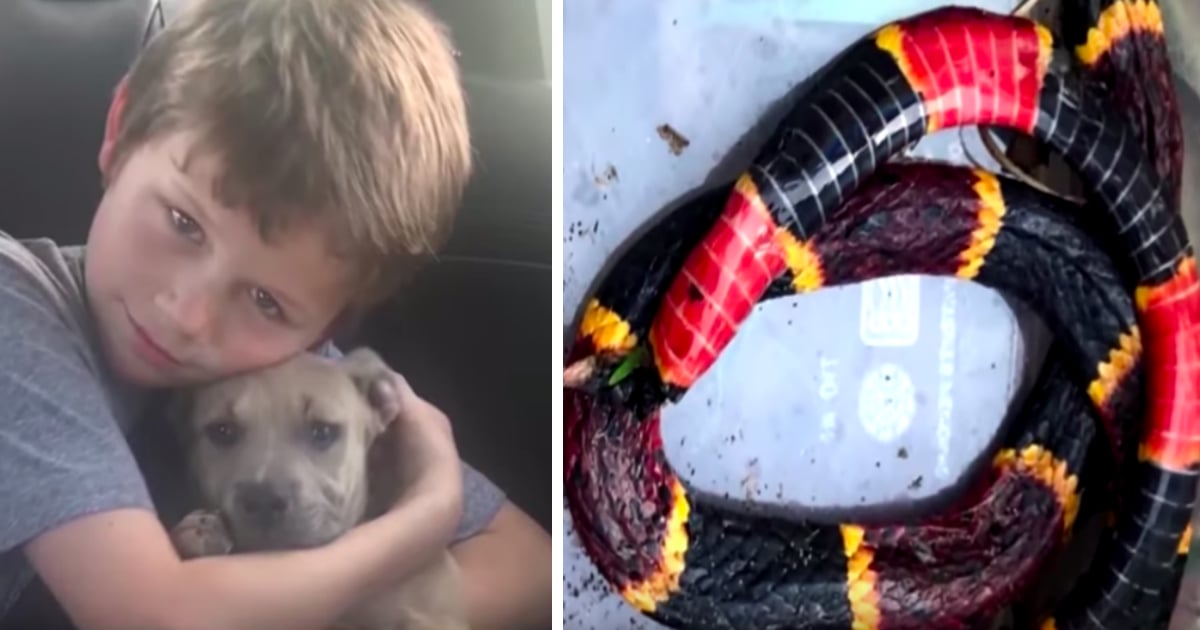 Chester, a friendly dog with a stick, loves nothing more than to play fetch. And while most people are happy to oblige, in this funny animal story, the adorable pup simply couldn’t understand why a wooden statue wouldn’t play with him!

One day, Debby Taylor took Chester and her other fur babies for a stroll through the woods. As they walked the trail, they came upon a statue of a seated man.

“We had already passed the statue,” Debby recalled, “then realized Chester wasn’t with us.”

Chester didn’t realize the man sitting in the woods was actually a statue. Instead, he saw him as a potential playmate.

So, Chester found a tree branch. Then, this cute dog with a stick marched right up to the statue, dropped his stick at the “man’s” feet, and waited for his new pal to play fetch with him.

“We call him Mr. Sociable,” Debby Taylor said. “He will do that to anybody, and has been known to accost people for ages if he thinks they will throw a ball or stick for him.”

Chester was utterly confused as to why this man wouldn’t play fetch!

The cute dog kept picking up the stick and tossing it at the gentleman’s feet. Chester’s tail wagged furiously as he waited expectantly for this guy to do what most other humans did.

But, of course, this statue wasn’t ever going to pick the stick up and throw it, as Chester so desperately hoped!

“We were in hysterics,” Debby said.

Finally, the sweet dog picked up his stick and gave up on what he must have thought was a very rude man!

Even though the wooden statue wouldn’t do it, I’m sure Chester’s owners made sure he got his game of fetch later. And the hilarious video of his failed

It certainly seems like this loving dog has never met a stranger! And Chester isn’t the first dog to mistakenly try and make friends with a statue. Check out this hilarious compilation of dogs trying to play with statues!

We sure do love the furry angels God places here on earth for us!