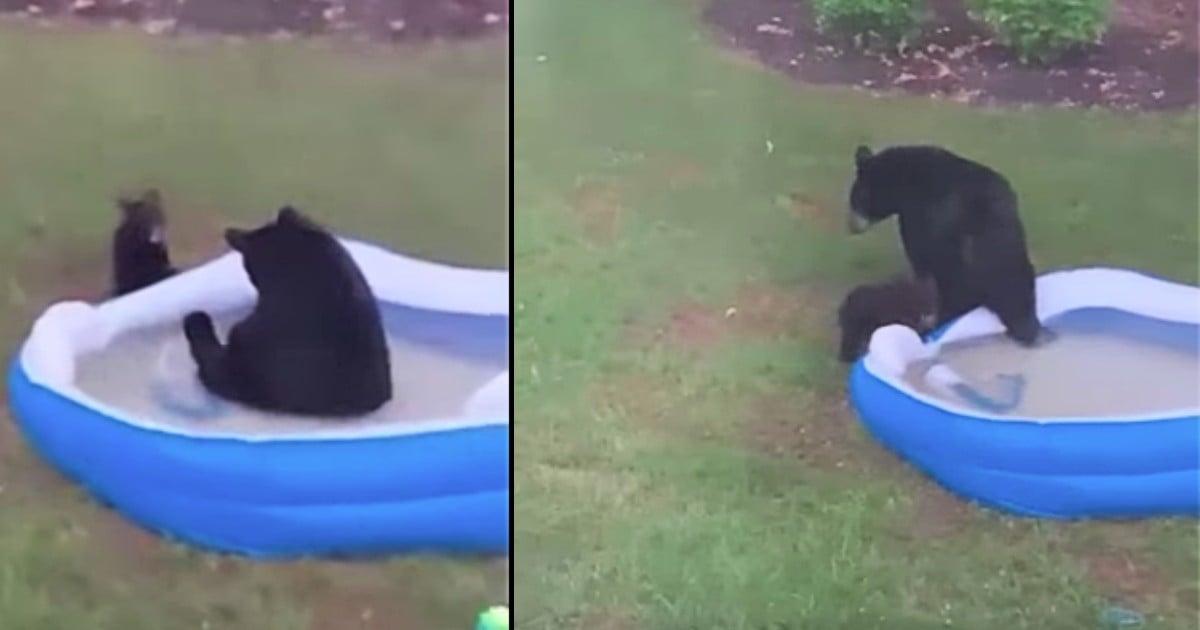 A family’s dog turned into a Rottweiler lifeguard as soon as Daddy took a baby boy into the swimming pool. And the pooch’s concern for her tiny human is truly inspiring!

A cute video posted by a man with the username SteelMonkeigh has the whole internet applauding the family dog, Leia, who is playing the role of Rottweiler lifeguard during pool time.

The man had just pulled his baby son out of his pool floaty and was securely holding the boy in the water. But Leia wasn’t having it!

The Rottweiler lifeguard didn’t like the idea of the baby boy being in the deep end of the swimming pool, even if Daddy was holding him.

First, Leia gives the little boy kisses as if to comfort him and make sure he’s ok. Next, she tries “talking some sense” into Daddy by grabbing his arm with her paw, dragging him toward the pool’s steps.

One user commented on the sweet video, explaining that Rottweilers are naturally protective because they are a herding breed meant to protect flocks from wolves. Another user beautifully pointed out, “It ain’t a man or animal thing. Family is universal.”

But one thing is for sure. Leia’s genuine concern for this little guy is so touching!

That’s because the animals in our lives truly are a gift from God. Pets are a part of the family. And so, it’s not surprising they take on the role of protector.

In fact, the Rottweiler lifeguard Leia isn’t alone! Another little girl had a similar experience while at the beach with her family.

As a little girl played in the waves on the beach, her furry protector watched over her. And just like Leia, this pet wasn’t going to let anything bad happen to his tiny human!

The cute girl was having a blast playing in the waves. But her 4-legged best friend didn’t like it one bit. He stayed close to her the whole time and didn't waste a second to grab her by the shirt and pull her to safety as the waves crashed.

YOU MAY ALSO LIKE: Dog Reacts To Lion King Movie In An Unexpected Way That's Going Viral

Moments like these really show God knew exactly what He was doing when He placed animals like this on this earth. Aren’t God’s creatures just so amazing?!