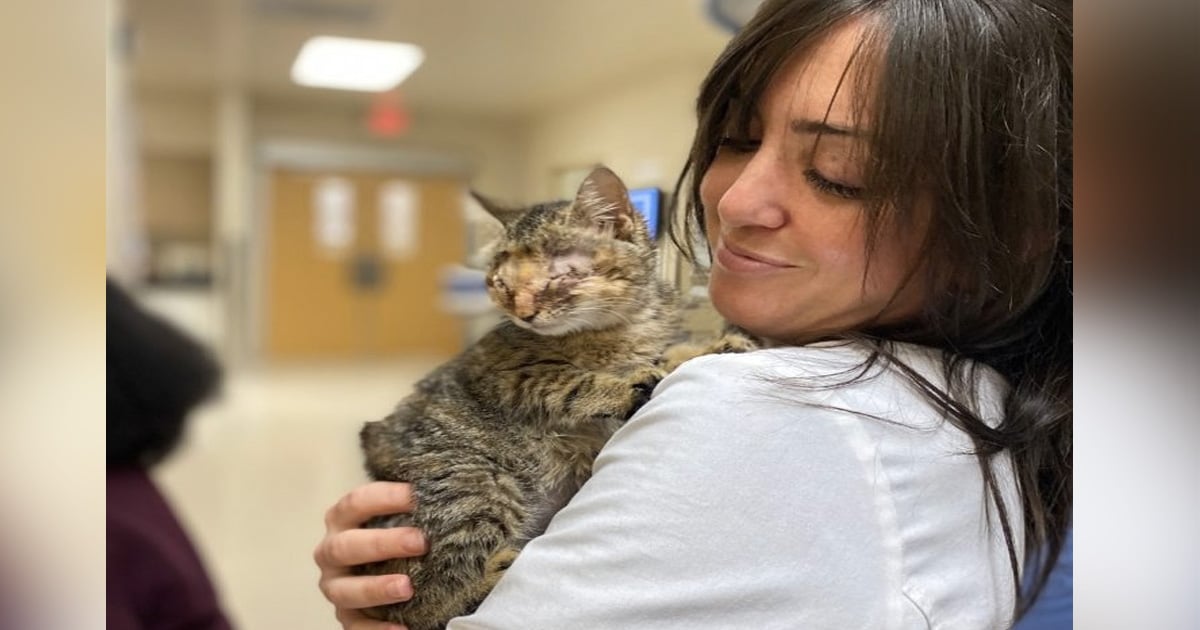 A stray dog waits by the roadside day after day for the special angels from the Howl Of A Dog rescue organization. The dog’s name is Remy and his animal rescue story will have you cheering by the end!

While running a spay-neuter campaign in a rural town in Romania, staff from the Howl Of A Dog rescue organization couldn’t help but fall in love with Remy.

Each day, the rescuers come into the small town to do their work. And each day, the sweet dog waits by the roadside to greet them.

Remy’s tail was always wagging and he seemed genuinely happy to see his new friends. And with his sweet disposition, you can’t help but wonder why Remy doesn’t have a home.

Sadly, in rural areas like this in Romania, dogs aren’t really seen as pets. Instead, their role is to either guard and protect livestock or to hunt.

So, Remy’s friendly disposition would be seen as a weakness, not an asset. And instead of landing him the loving home he deserved, it landed Remy on the streets.

Dog Waits By Roadside For Rescue

When Howl Of A Dog met Remy, he was sleeping on the sidewalk and living off scraps fed to him by a kind lady at a nearby grocery store. The nasty scar on Remy’s nose suggests to the staff he had an owner at some point. And it tells a sad story of Remy’s start in life.

One such practice is to burn a dog’s nose with a red-hot iron. The belief is that this will help boost their immune system and cure distemper. But of course, there is no medical benefit to this torturous practice.

Amazingly, the traumatic experience didn’t tarnish Remy’s love for humans. As rescuers from Howl Of A Dog realize during their trip, this sweet dog waits in the same spot day after day to shower them with affection.

The rescuers tried to find someone in the small town willing to love and adopt Remy. But when they had no luck, they knew they couldn’t leave their loyal pal on the streets.

And so, they brought Remy with them!

Finding A Forever Home For Remy

Estimated at roughly 3 years old, Remy now has a safe haven with Howl Of A Dog. He’s been given full medical attention, including getting neutered, vaccinated, and microchipped.

Now, the special angels at Howl Of A Dog share Remy’s touching story and how this sweet dog now waits patiently for a family to call his own. And with Remy’s friendly, gentle disposition, it’s no surprise folks from all over the world are falling in love with this precious dog.

YOU MAY ALSO LIKE: Truly Loyal Dog Waits By Injured Friend on Frozen Train Tracks For 2 Days

Thank God these special angels dedicate their lives to helping God’s beautiful creatures. We have no doubt Remy will have a forever home in no time!