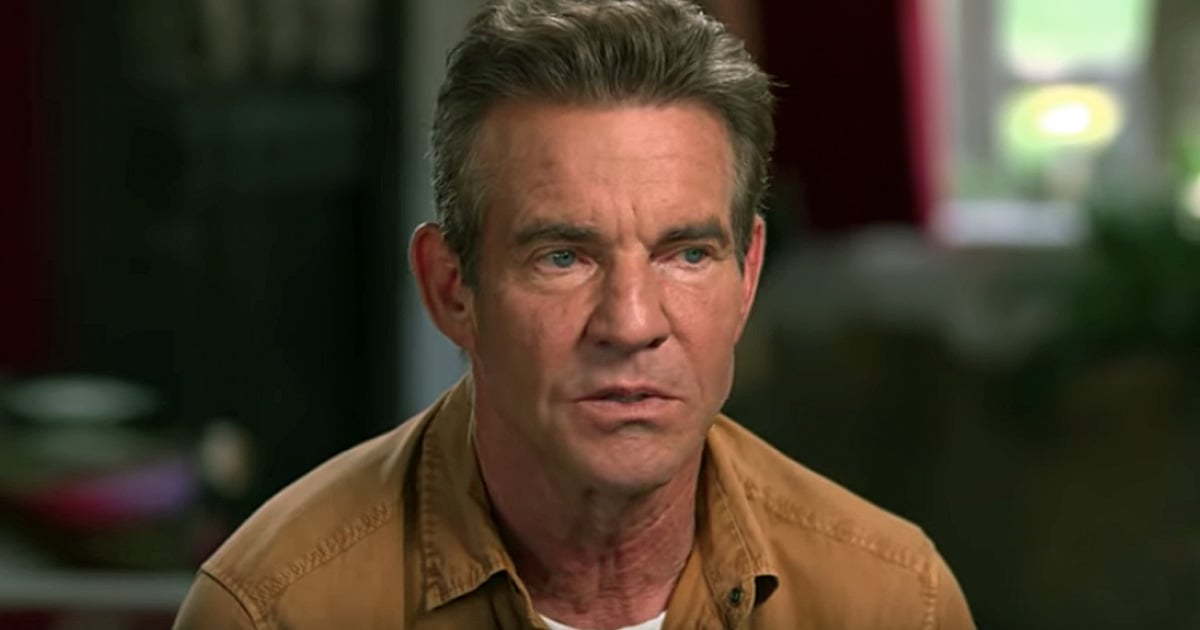 A drowning boy should have been impossible to find in the murky waters of the New Cody Reservoir. But God led a group of rescuers right to him in this real-life inspirational story!

16-year-old Ashton Johnson isn’t the strongest swimmer. But thanks to a group of strangers and divine intervention, he’s safe and sound after nearly drowning.

Ashton was hanging out with friends on a concrete dock at the New Cody Reservoir, a popular body of water in Wyoming’s Beck Lake Park. A floating dock was only about 30-feet away, so Ashton decided to swim out to it with his friends.

The teen boy made it to the dock with no problems. But after jumping back into the water to head back to the concrete dock, he suddenly found himself struggling to stay afloat. The boy realized he was at risk of drowning.

The drowning boy didn’t panic. But he did tell his friends he was in trouble.

Ashton’s friend, Michael Madson, tried to help. But Ashton continued to sink and started pulling Michael down, too. So, Michael took off to get a life preserver for his friend.

Because Ashton didn’t have the energy to flail or cry out for help, the crowd of other people enjoying a day at the reservoir didn’t recognize the danger until it was almost too late.

Lori Ungrund was on the shore with her family as some teens started searching for a life preserver. But it wasn’t until Lori’s sister, Emmi Dethlefs, started screaming that she realized it was because a boy was drowning.

Emmi’s scream jerked everyone into action. Strangers started jumping in to try and help find the drowning boy, who had disappeared beneath the murky water.

Michael had swum back with the life preserver, but couldn’t find Ashton. Another teen, Wilkins Radakovich (13) dove in off the railing of the dock as soon as he saw Ashton go under. Lori, a registered nurse, also dove in to help with the search, with several other strangers joining in as well. 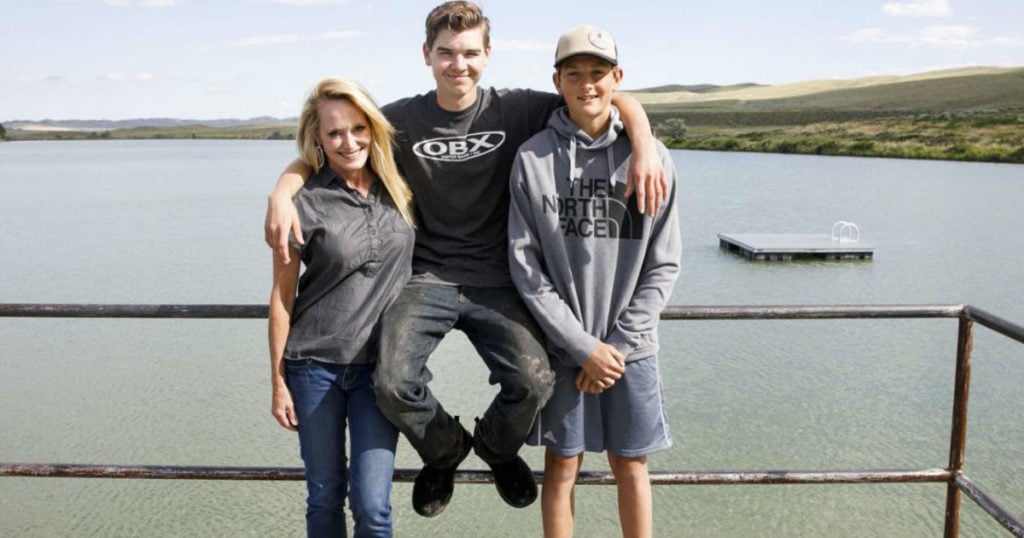 Meanwhile, Ashton Johnson had started giving up. With no strength left to fight, his body sunk to the bottom of the reservoir, 20 feet below the surface. The drowning boy resigned himself to the knowledge that his time was up.

"It's terrifying at first, but once you go down in a bunch of water, it's very peaceful, it's relaxing," he said.

The murky water of the reservoir made it next to impossible to find Ashton from above. But God still had plans for this young man’s life. So, He led the rescuers to the right spot.

"I saw a white thing in water, it was his hand,” Wilkins recalled.

The 13-year-old pulled Ashton up and quickly got help from the other rescuers.

"The water was so murky, how Wilkins found him was a miracle," Lori said.

Lori also shared that she’s not a strong swimmer, either. Yet, somehow, God gave her the strength to help pull the drowning boy to the shore. She says God was the one helping everyone with the rescue.

Finding and getting Ashton to the shore was only the first miracle. Once there, things weren’t looking good.

"All of these kids helped me carry him up," Lori recalled. "I asked for towels and they brought towels to get him warm. Kids came from everywhere. He was white, not responsive … his mouth was blue."

RELATED: Drowning Man Says A Prayer And Then God Responds In An Unexpected Way

But before Lori, a registered nurse, had a chance to start performing CPR, Ashton suddenly started spitting up water. He then told everyone he was okay.

Ashton assured everyone he was fine, but an ambulance took him to the hospital to be sure. The drowning boy’s friends called his mom, Heather Rogers, to let her know about the close call.

When Heather arrived at the hospital, a preacher asked to pray with her and her son. And Heather has no doubt the Lord is to thank for her son’s safety.

"All of this occurred, and God was there the whole time," she said. 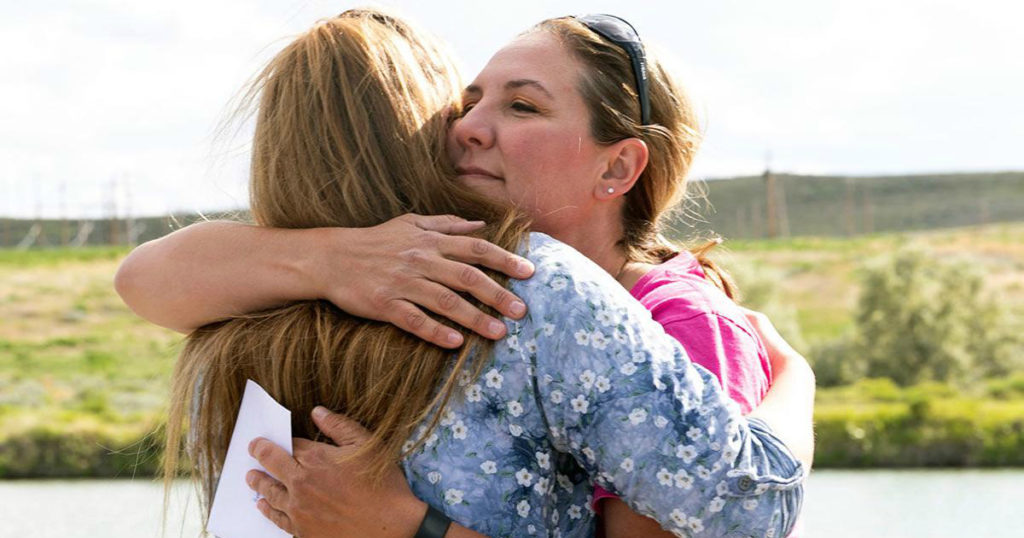 After the incident, Ashton was just fine. In fact, he was back in the water the same day. And the close call reminded him just how much he had to live for.

“I never knew how much I enjoyed life until now,” he said after the rescuers got him out of the water and conscious again.

And the drowning boy’s miraculous recovery not only impacted him, but everyone at the reservoir that day.

"It was as close as you can get without dying," Lori Ungrund said. She went on to write on social media, "I believe Ashton's second chance at life is a true miracle, and I believe everyone who witnessed this would also agree."

One of the most beautiful things from the rescue is how everyone united to save Ashton. It just goes to show the miracles God can work through us when we all work together.

"It was the community that came together," said Heather Rogers, Ashton’s mom. "I wouldn't have my son right now if wasn't for them."