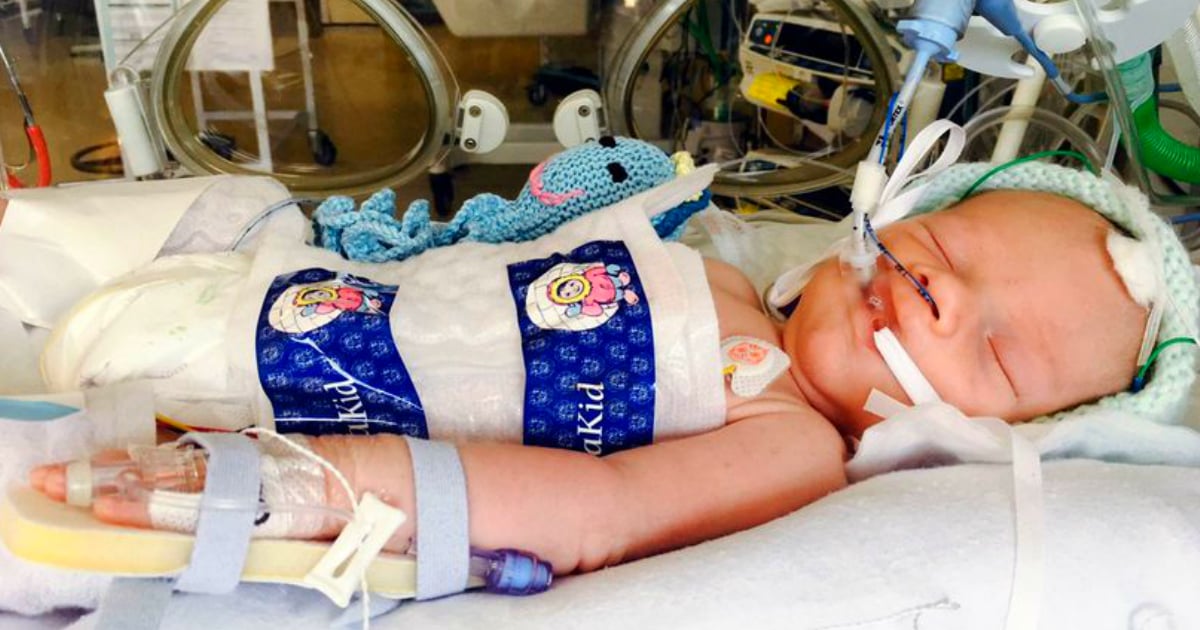 God can do amazing things! Just when it seemed like there was no hope for a boy with a facial tumor threatening his life, God used a series of divine intervention to bring together a Christian, a Jewish doctor, and a Muslim family to save his life.

John Olivier, affectionately called "Little John," is a 9-year-old boy who suffered for years from a facial tumor. The mass just kept growing and growing until it began moving the alignment of his teeth and affecting his speech. A surgeon estimated that the tumor would suffocate Little John in a year and a half if allowed to continue to grow.

His father, Jean Luckner Olivier, desperately sought a solution. He spent all of his money since 2013 seeking medical help for Little John. But nothing worked.

You see, quality medical treatment is scarce in Haiti, where this family lives. So, Little John’s family did the only thing they could do. They prayed and asked God to help. 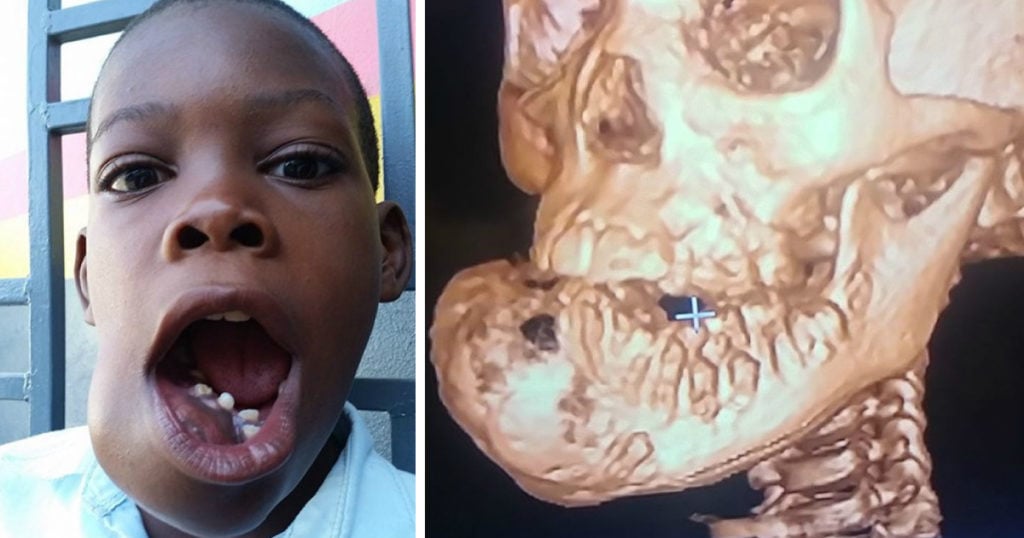 "Without God, we couldn't really do it," Jean said.

And God had already chosen the people He would use to help this special boy!

Miracle For Boy With A Facial Tumor

Barclay Stuart lives in Colorado and attends Calvary Chapel Brighton. As a Christian missionary, he made two separate trips to Haiti. Barclay met with Little John during both trips. Touched by Little John’s plight, Barclay made it his personal mission to find a way to help the boy with a facial tumor.

But to do so, Barclay was going to need some help from above!

"I told God that I obviously can't do this on my own and that if He helped Little John, that I would humbly serve and do whatever He asked of me," Barclay Stuart said.

And God was swift to answer. While Barclay was at the Port-au-Prince airport, he bumped into a tall man in the cafeteria. It turns out this man was there visiting with a medical humanitarian group called Medical Aid to Haiti.

"We have a boy that needs a miracle!" Barclay told him. The tall man immediately replied: "Well, we do miracles!"

The kind stranger introduced Barclay to Stuart Lieblich, “Dr. Stu,” an oral surgeon from Connecticut. A few other members who worked with Dr. Stu in Connecticut were also there.

When Barclay filled the team in on Little John’s problem, showing them pictures of the poor boy, the group wasted no time agreeing to perform a life-saving surgery on Little John, free of charge! 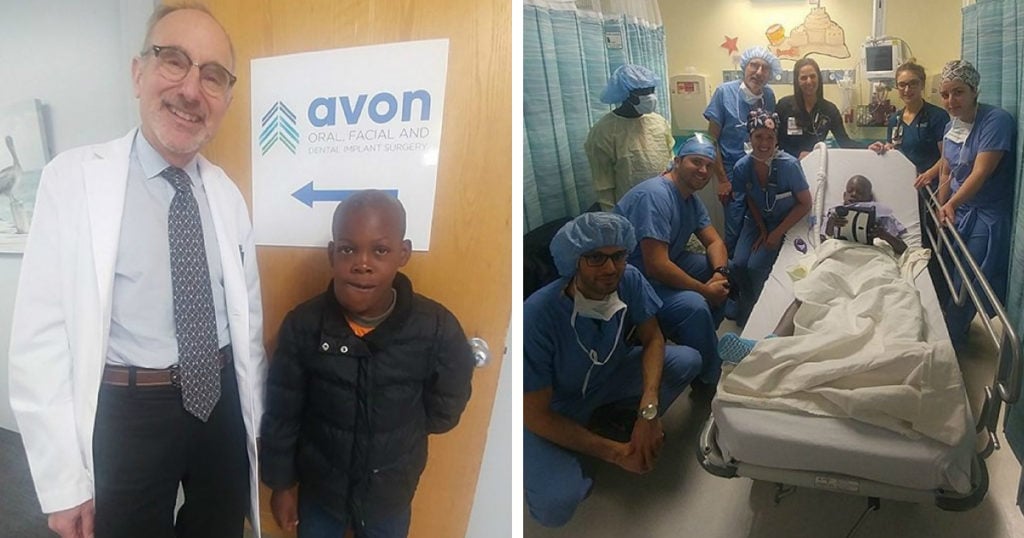 God’s Plan Carried Out By Christian, Muslim, And Jew

While the doctors were ready to perform Little John’s surgery, the boy with a facial tumor still faced a major obstacle. He’d need to come to America for the procedure.

“This was a situation that could not be treated in Haiti," Dr. Stu explained.

The crew would be in Connecticut for 12 days before flying back to Colorado, in order to allow time for the surgery and recovery. A Muslim family from Albania who now lives in Connecticut offered to host the Christians for the whole time. They graciously opened their home and their hearts to Little John and his family.

“The Adviaj family embraced us and endured the chaotic intrusion without the slightest hint of inconvenience to them though we knew better,” missionary Barclay Stuart said. “They cared for Little John as if he was their own. They lost a 12-year-old son Yuri in 2012 and their pain is still palpable…I love this family!”

For so many wonderful people of varying backgrounds to come together for this boy with a facial tumor was a humbling experience for Jean.

"For me it was a big deal," Jean said. "But for God, it was nothing because God is great and can do all things."

Dr. Stu and his team went in and removed two-thirds of Little John’s lower jaw. They used bone from his hip to reconstruct his jaw to a normal contour. And once Little John gets a bit older, they plan to add dental implants.

For Jean Luckner Olivier, seeing his son freed from the oppressive tumor is a huge blessing.

"(Little John) feels he is going to have a better life in the future. He wasn't worried because he knows there is nothing that God cannot do," the joyful father said.

Seeing God bring all these people together is truly amazing. And when Little John and his dad return to Haiti, they will have folks all over the United States praying for them!

Those involved with Little John’s treatment feel privileged to be a part of his story. As Pastor Paul Boutan of Calvary Chapel pointed out, they are all just following God’s call. 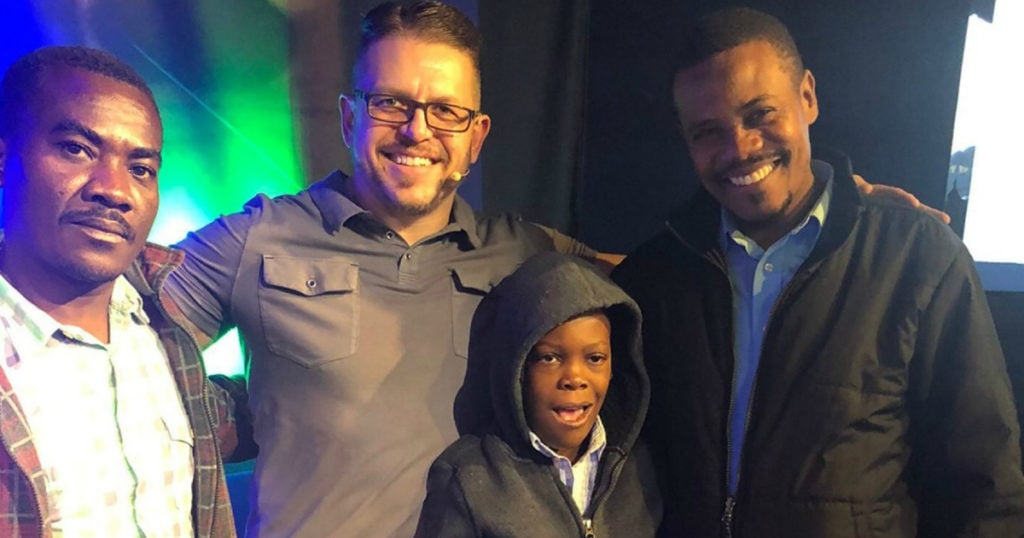 "God's the one who kind of put the whole thing together,” the pastor said, “we just happened to be in the right place at the right time."

YOU MAY ALSO LIKE: Baby Boy Is A Living Miracle As First To Undergo Bizarre Facial Operation