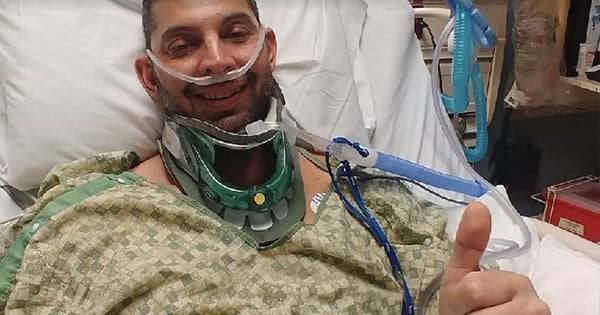 Keller Sutherland was having a rough day. But little did she know, God was about to show up in a big way. On her way home, the first-grade teacher helped a student save his dad’s life. And it’s all because of divine intervention!

Teachers are special because they are fulfilling a calling more than a job. But sometimes, it’s hard to see the impact they are having.

Keller Sutherland was having a day like that before God revealed His bigger plan.

“On a day that I felt like I wasn’t making an impact, God just intervened and placed me where I needed to be,” Keller recalled.

Keller is a first-grade teacher at Ellen Woodside Elementary in Greenville County, South Carolina. She was on her way home when she noticed a little boy riding his bike down a busy highway.

The sight of such a young child in the midst of all that traffic worried her. So, she decided to turn her car around. And when she did, she realized the little boy was one of her former students!

A Mission To Get Help

7-year-old Cameron wasn’t out for a casual bike ride. He was on an important mission to save his diabetic father who had collapsed at home.

Cameron had tried calling 911, but didn’t know the passcode for his father’s phone. In the panic, he didn’t know how to place an emergency call from the phone. And when he tried seeking help from the neighbors, he discovered no one home.

So, the brave little boy did the only thing he could think of. He hopped on his bike and took off on the five-mile journey to his grandma’s house.

Thankfully, he didn’t have to travel that far. God sent Cameron the help he needed.

Not only did Keller spot him and stop, but so did two other Good Samaritans. They called emergency services who were able to go to the home and help Cameron’s father.

This teacher helped a student save a life and the whole experience left Keller in awe. She knew God was to thank for orchestrating all of it.

"God just showed up in an amazing way,” she said.

Both Cameron and his dad are grateful for the help they received in their time of need. And this incredible story is a powerful reminder that even when it doesn’t seem like it, God is using us in miraculous ways!

WATCH: Teacher Helped A Student Save His Dad’s Life

YOU MAY ALSO LIKE: Dying Teacher Gets Unexpected Response To Online Plea Asking For Kidney Donor