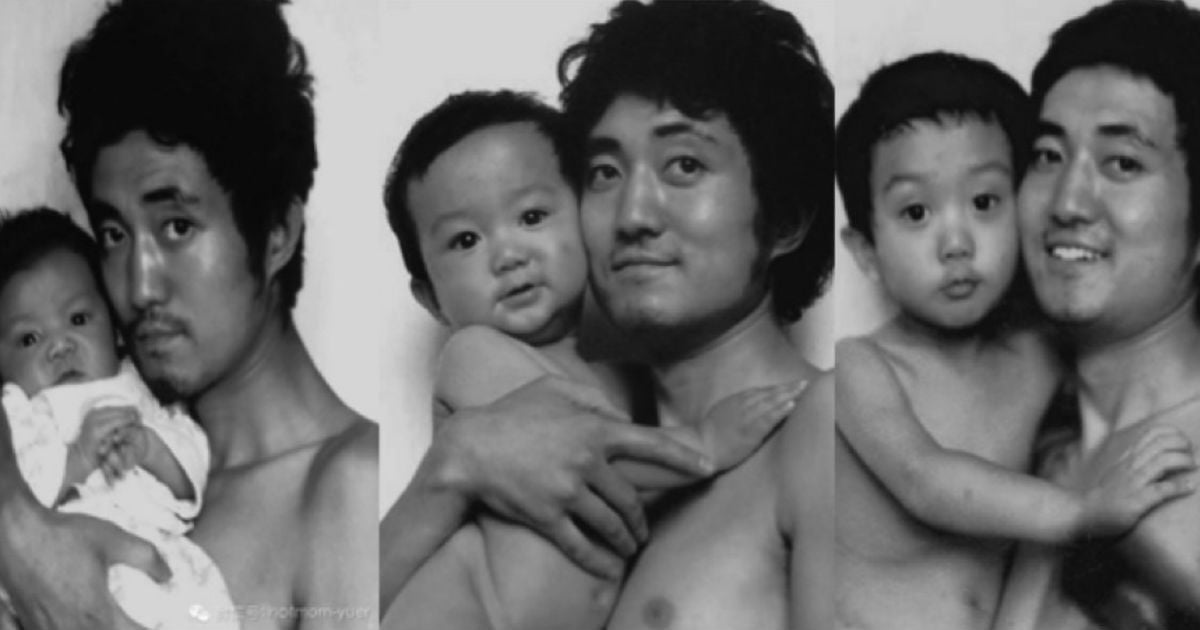 He And His Son Took The Same Photo For 27 Years, Until The Last One.
Read Article »

When was the last time you've given someone a friendly smile? A cheerful greeting? Maybe even a high five?

After doing so, you probably went on about your day, not giving much more thought to those acts. But what those simples gestures may have meant to someone else, might just surprise you.

Take, for example, mom blogger Lindsay Jolly, who writes about her 6-year-old son with autism. She recently shared a touching story on how something as simple as a high five made a world of difference to her son, Brock.

Kindergarten is a huge change for all children, but it can be even more difficult for those on the autism spectrum. Getting my son to school for the first half of the year was a feat in itself. Each morning, he experienced panic attacks and meltdowns before we even reached the car. By the time we got to school, I would have to hold his hand to his classroom. When we reached his classroom, I would spend a good 10 to 20 minutes calming him down until he felt comfortable enough to join the rest of his class. When he got home each day, he would spend hours crying or would be filled with anger.

I would have lunch with him each day, so it would give him something to look forward to at the half-way point of his day. Also, it gave me a chance to be in my "mom detective mode" to see if there was something going on that I was missing.

He seemed to get along fine with his fellow classmates, and after many conversations with all of his teachers, I was at a standstill. Services for autism in our area outside of his school are hard to come by, so when I found a new behavioral therapist within ten minutes of my home who specialized in autism, I was excited.

After working with my son for a period of time, the therapist thought he was working so hard on controlling his emotions at school that he would quite literally blow up at home because that's where he felt the most comfortable. It made sense.

Over the next few months, I had tried everything with my son to help ease his anxiety. I bought weighted blankets, vests, an abundance of sensory toys and we even did kid yoga twice a day. I joined online support groups, in-person support groups and even brought him to the doctor to see if medication would be a good option for him.

After Christmas break, I was surprised to see him return from school one day in January with a big smile on his face. I didn't even question it right away until a week later when my son started talking about high-fives with a teacher. The next morning when I brought him to school, he had a little bit of a swag to his step. And when we passed a classroom with a teacher from a different grade level, my son stopped and gave Mr. T a big high-five. He still wanted me to walk with him to his classroom and do our normal breathing exercises, but that's all slowly changed over the last five months of school.

Each day, he would come home and would immediately say Mr. T gave him a high-five again today or Mr. T said hi to him. It would later change to he gave Mr. T a high-five and a hug today. The high-fives didn't cure my sons anxiety, but it gave him something to look forward to, which is so important when so many decisions are taken away from our kids.

For the rest of the school year, his high-fives with Mr. T were always the biggest highlight of his day. And very slowly, my son needed me less and less. By May, he didn't need me to walk past the front of the school with him, and on some days, he even asked to take the bus.

The best acts of kindness are when someone doesn't even know they're doing something that affects someone's life. They're just doing it because. My son had no previous interactions with this teacher, but for whatever reason, he was comfortable with him when he almost always has a hard time interacting with people he doesn't know well.

Always take the time to smile or give a high-five. You very well could be the one to help put a little swag in someone else's step. Thank you Mr. T for unknowingly giving my son something to look forward to each day.

So, just remember — that simple act of kindness you perform just might have a far grander role is God's plan than you realize!

"Love one another with brotherly affection. Outdo one another in showing honor." Romans 12:10