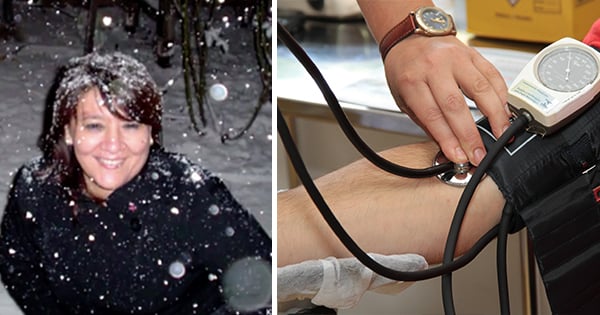 Firefighter Erik Conde is beloved by his fellow first responders. They lovingly call him ‘The Hulk’ because of his muscular build. Erik was nearing the end of his shift on December 28 with the Hallandale Beach Fire Rescue Department in Florida when he suddenly collapsed to the floor. Erik’s heart had stopped pumping, and he wasn't breathing.

Erik is a father of three and a loving husband. He had no idea when he arrived at work that day, that he’d be fighting for his life at the end of his shift. This man who was trained to be someone who responded to others during their very worst moments would be the one who would be in need of rescuing.

Fortunately, when Erik collapsed, he couldn't have been in a better setting. His fellow firefighters jumped into action to respond to him in his time of need. They started his heart again, although he remained unconscious, and they got him to the hospital quickly. “Had it happened any other way, I don’t know if he’d be here!” Erik’s wife, Rachel, shared.

According to the GoFundMe page that fellow firefighters set up for Erik, the diagnosis appears to be that Erik's lungs were somehow injured. They suspect the damage came from an infection. He may have caught this from one of the many patients he came in contact with.

First responders risk their lives daily to protect and serve the public. Because of this, they often deal with traumatic situations while working, such as traffic accidents, fires, and emergency calls. Each of these situations brings its own set of challenges, but rescue operations are not the only time that first responders have a risk of injury on the job. This illness was proof of that.

Erik was placed on an ECMO machine to keep his body and brain alive while his lungs healed. But it wasn't until January 2 that the doctors realized he was responding.

Rachel said that Erik followed all the commands that doctors gave him while they ran some tests to check his brain function. "I told him to squeeze my hand and he did! I told him to stay calm and that he had an infection in his lungs that had to heal."

Erik grew stronger as the days passed. By January 6, he was able to breathe on his own again without a ventilator.

“Doctors and nurses say he is truly a miracle patient and beat the odds. We are so blessed but still have a long journey ahead.” Rachel shared, “Keep up your prayers because they are working!!!" she added.

As of now, the GoFundMe page for Erik has raised over $55,000. This money will be used to help pay for his medical bills and help his family out during this difficult time.

YOU MAY LIKE: Divine Intervention Puts Heroic Firefighter in the Path of Fiery Crash

It is always amazing to see the prayer and support a community provides to help first responders during times of tragedy. And what a miracle to see that God is healing Erik and his lungs!