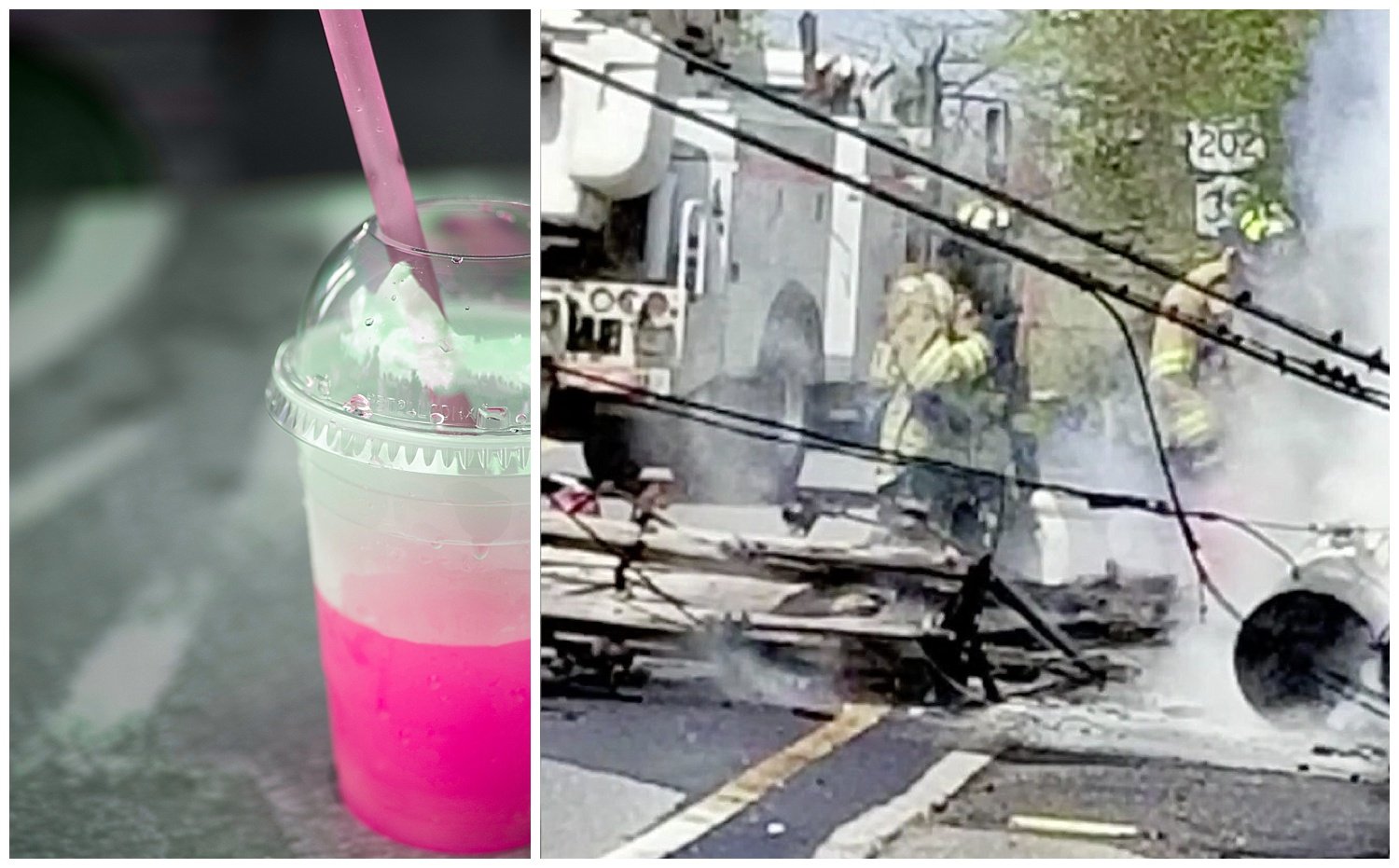 A father-son road trip turned into a case of divine intervention when a different route put them in the right place at the right time. As an off-duty firefighter, dad pulled the driver from a fiery crash and saved his life!

J.P. Michalak was driving his son, Brent, back to Cleveland State University when they had to stop for gas. Using the GPS, the father and son wound up detouring from their usual route. As it turns out, this was no accident.

“We GPSed it and it kind of took us in a roundabout way, J.P. says. “I do believe in divine intervention.”

RELATED: Something Made A Farmer Drive Down An Untraveled Path, Then He Found A Missing Boy

The different route brought father and son right into the path of a fiery crash. And as an off-duty firefighter who has been saving people for 25 years, God put J.P. right where he needed to be!

J.P. and Brent came upon the scene of a terrible accident. 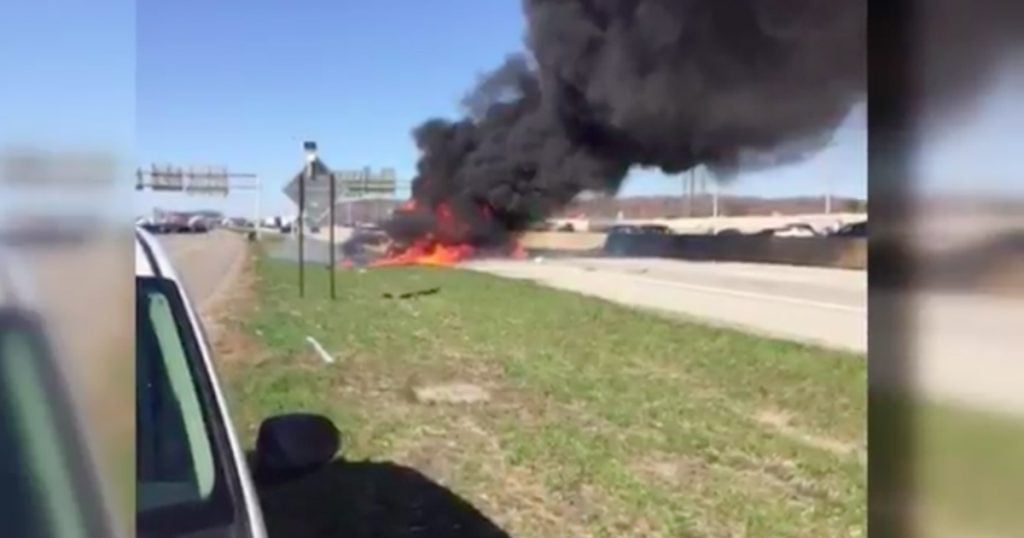 As traffic slowed on I-271 in Warrensville Heights, Ohio, a large semi-truck collided with a vehicle which ended up burning beyond recognition.

"The semi in the back had struck the vehicle in front of it — was laid it on its side on the passenger door. The driver got out of the semi he said he was okay; he said he was the only one in the vehicle,” eye-witness Paul Miroewski recalled. “We then saw that the other vehicle which we saw flames already coming out with the diesel fuel."

J.P. pulled his car over, jumping out to see how he could help. He noticed the same thing as Paul — a driver trapped in a vehicle that was quickly filling with smoke. And the heroic firefighter didn’t hesitate to run straight toward the danger!

“He was obviously trapped and not able to free himself,” J.P. said. “So, I broke out the front window, got the seatbelt off and got his feet untangled. At that point, I was starting to feel a little bit of heat. Smoke is coming in the cab. I didn’t care how I got him out. I just knew I had to get him out at that point.”

As Brent stood by proudly watching, his dad pulled the driver to safety, with the help of some other Good Samaritans. And just in time, too!

"Dad pulled him out 20 seconds before these flames started going,” Brent exclaimed. “You are a hero dad. He could have died.” 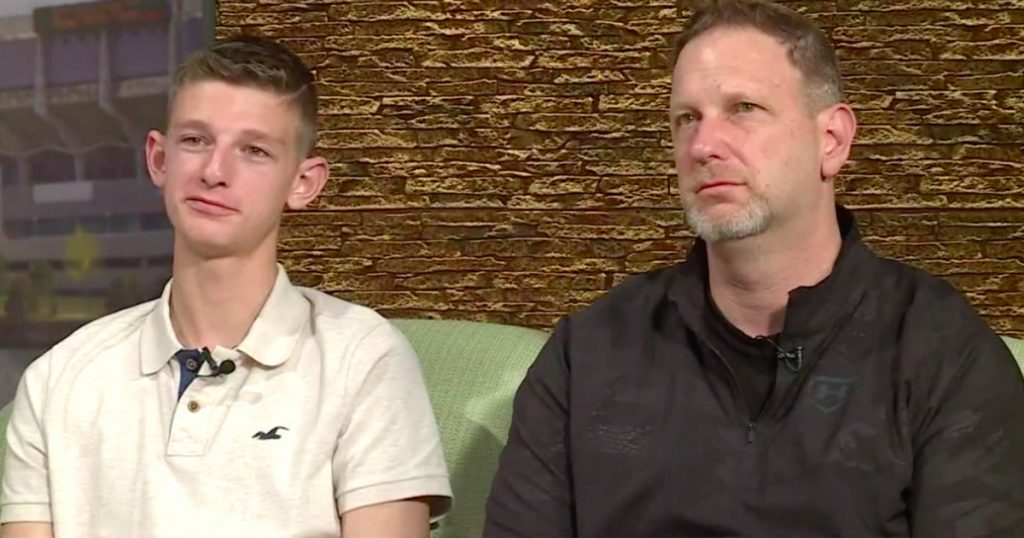 Humble Heroes Of The Fiery Crash

The fiery crash closed all lanes of southbound traffic for hours. Those who witnessed the explosive accident were in awe of just how bad it was. It would take a miracle for anyone to survive.

"The explosion was so powerful I literally saw the truck lift a little and fall to the ground," onlooker Jeffrie Smolinski said, "I mean you felt it in your chest pretty bad; it was very strong."

WATCH: Footage From Fiery Crash On I-271

Thanks to divine intervention, the right people were in the right place to make sure everyone walked away from the horrific crash.

Of course, the Good Samaritans who helped humbly felt they were just doing their part.

"I did what was right, what most good people would do," said eye-witness Paul, who joined J.P. in pulling the trapped drive to safety.

J.P. considered it just another day on the job, upholding his duty to save lives. But his son saw it differently.

“He's a hero. It's as simple as that,” Brent proudly said of his dad’s bravery.

Thank God these special angels were there to help!