Esther Walker is a woman with an important message about limiting God. Sharing with her daughter, this elderly woman offers sage advice on the greatness of the Almighty God!

With her table full of opened Bibles, Esther opens with a commonality that many Christians face, "We've all had the experience some time when it seems like God is so far away, and maybe He's not listening. Nothing happens, He's so quiet. And we wonder, ‘Does it matter that I pray?'"

As she reads from Psalms 78, Esther explains that the passage is talking about the Israelites after they were saved from slavery and provided for in the wilderness by God, Himself. "How often they provoked Him in the wilderness, And grieved Him in the desert Yes, again and again, they tempted God, And limited the Holy One of Israel." Psalms 78:40-41

That's when this wise woman goes deep into her message. "They LIMITED God!… Esther, do not limit God!" She points out to her daughter, "Do you know who He is? Do you know who you're talking to? The Almighty powerful God!" As Esther continues her Bible study, she begins to read from the scripture, inserting her name in the subject line "Esther, look up into the Heavens, who created all the stars?" (Isaiah 40:26) 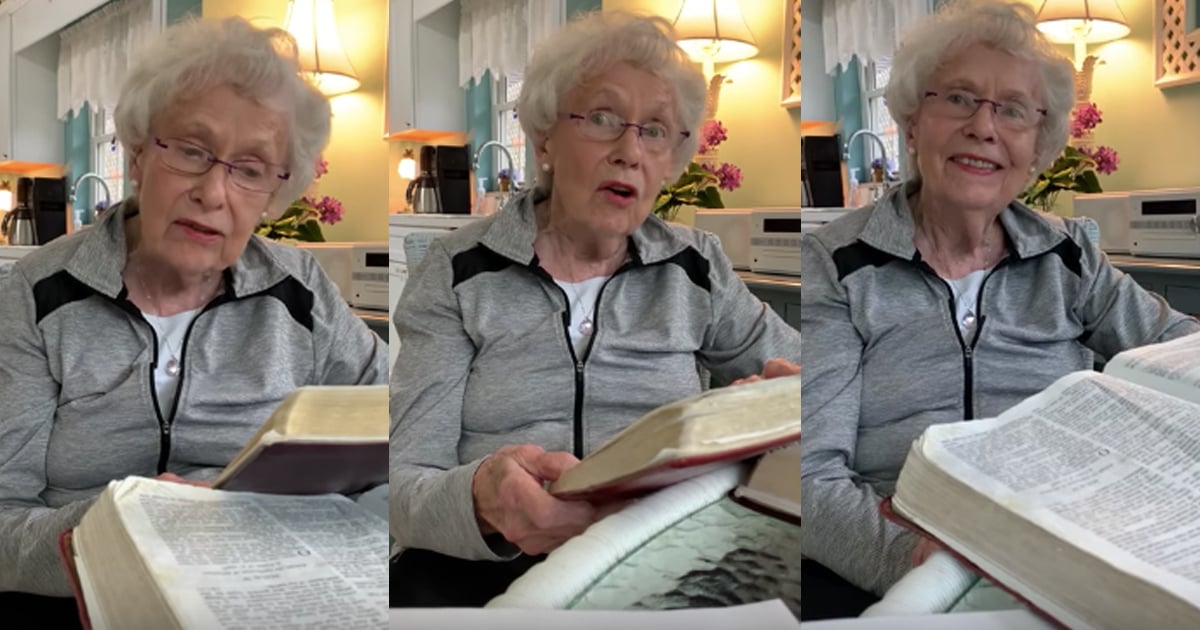 Esther sits back after reading the passage and contemplates, "I can't imagine saying, ‘Can God help me with this?' Don't say that! He is so Almighty, powerful, great!" Then she shares a worship song that remains on her heart called He Giveth More Grace.

"He giveth more grace when the burdens grow greater,

He sendeth more strength when the labors increase;

To added afflictions He addeth His mercy,

When we have exhausted our store of endurance,

When our strength has failed ere the day is half done,

When we reach the end of our hoarded resources

Our Father's full giving is only begun."

YOU MAY ALSO LIKE: Kathie Lee Gifford Speaks Out With Important Message For Christians