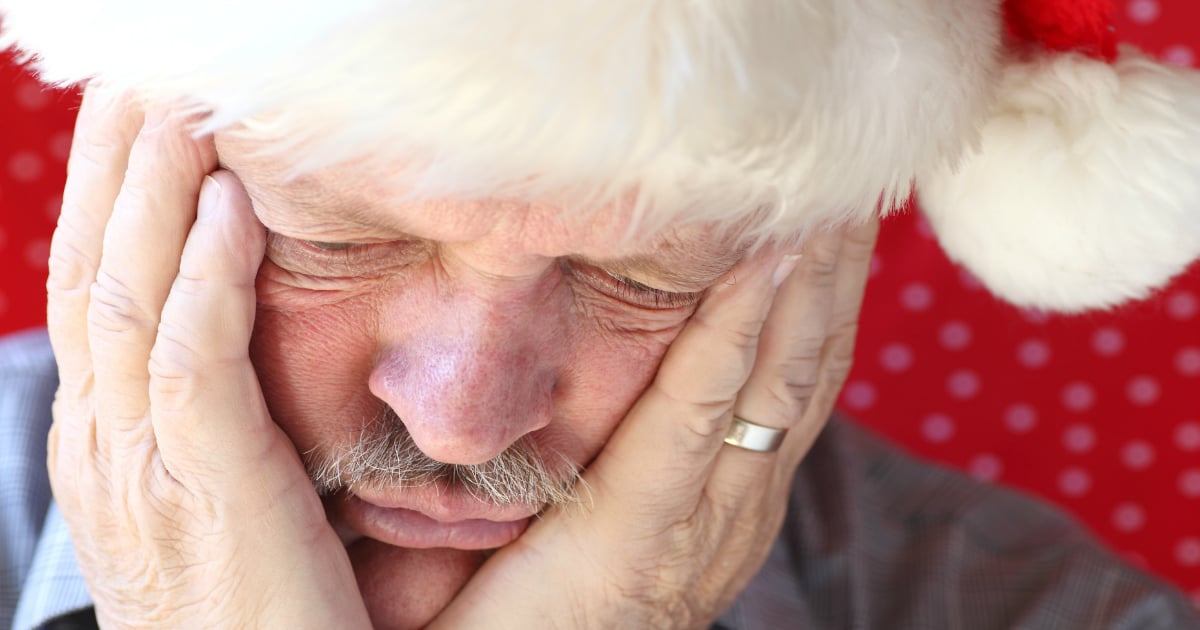 A stranger live-streamed a couple’s heroin overdose and posted the video online for the whole world to see. It’s difficult to watch the footage of Carla and Ron Hiers and they found it completely humiliating. But how the video changed their lives after going viral shows God can use anything for good!

The couple’s heroin overdose video from October 2016 showed Ron Hiers awkwardly bent backward over a bench in Memphis, Tennessee, completely passed out. Meanwhile, Carla Hiers is facedown on the curb. She tries to get up but keeps falling back down as onlookers laugh and mock the pair. Eventually, paramedics arrived and revived the couple with naloxone (also called Narcan), a drug that cancels the effects of opioids in the moment.

The video received millions of views, bringing to light an epidemic of drug abuse running rampant in our country. And though it was humiliating for Carla and Ron to hit rock bottom in such a public way, it paved the way for their recovery.

Decades Of Addiction Come To A Head

Ron Hiers’ drug problems began when he was thirteen. He started sniffing paint with friends, then moved on to marijuana and then graduated to harder drugs by eighteen. An injury on a construction job landed him pain medication, which gave way to heroin. The narcotic had the same effect but was cheaper and easier to score.

Carla Hiers also started experimenting with drugs as a teenager and was addicted by the time she and Ron met. The two bonded over their love of drugs and spent most of their 20-year marriage high and breaking the law.

“We committed a lot of crime together,” Ron said. “That’s how my life was to me, just one big party because I didn’t want to deal with any feelings.”

The two worked together to steal prescription pads from doctors offices so they could forge their way to more pain medications. The only child Carla and Ron had together was immediately taken away from them and adopted to another family. Ron had three other children before he met Carla but was estranged from them all. But none of it mattered to them as long as they could get high.

"I can't say that I really ever thought that I had a drug problem," says Ron. "Your addiction don't let you think like that. Your addiction wants you to think that, Man, this is fine. You're doing O.K. This is normal; this is the way to live life. You're not doing nothing wrong."

Carla and Ron Hiers’ years of addiction finally came to a head with a stranger live-streaming the couple’s heroin overdose on a sidewalk in broad daylight. 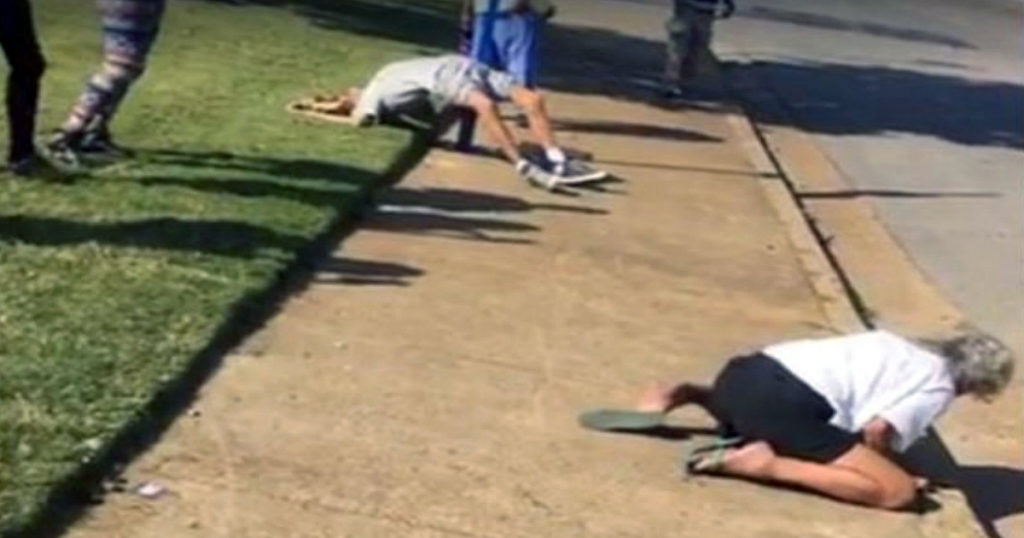 On October 3, 2016, after injecting heroin in the bathroom of a nearby Walgreens, Carla and Ron Hiers became the subjects of the infamous overdose viral video. After paramedics revived them and the hospital cleared them, police arrested Carla on outstanding petty theft charges. Meanwhile, Ron went home to use what was left of the heroin, including his wife’s share of the drugs.

“I felt sorry for her. But I also thought, ‘There’s more for me,'” Ron confessed. “That's what drugs and alcohol will do to you. It'll take you places you can't imagine.”

Humiliated by just how bad things had gotten, Ron took 48 Xanax pills hoping it would end his life. It almost did.

Seeing death as his only escape was nothing new for Ron Hiers. He’d taken to walking around with a hand-written obituary in his pocket with the date left blank.

As bad as things seemed, God was already using the viral video to do something incredible.

One of the millions of people who viewed it was Ron’s estranged daughter Paris Hardee. Paris had only ever known her dad as a drug addict. She’d seen Ron at his worst — from getting arrested in front of her and her sister to experiencing him stealing her birthday money and presents so he could buy drugs.

Ron’s parents raised Paris and her sister since Ron couldn’t. As a child, she tried slipping him encouraging notes, hoping it would motivate him to change. But eventually, Paris realized Ron wasn’t going to get clean and she broke off all contact with him.

After 13 years estranged, Paris saw the viral video of the couple’s heroin overdose and knew it was her dad. And try as she might to forget the horrifying scene, she couldn’t stop thinking about the image of her father slumped over. So, she placed a desperate call to a drug addiction recovery program, Addiction Campuses.

Paris recalls, "I was crying and I said to whoever answered, ‘The man who OD'd in Memphis — that's my dad.'" 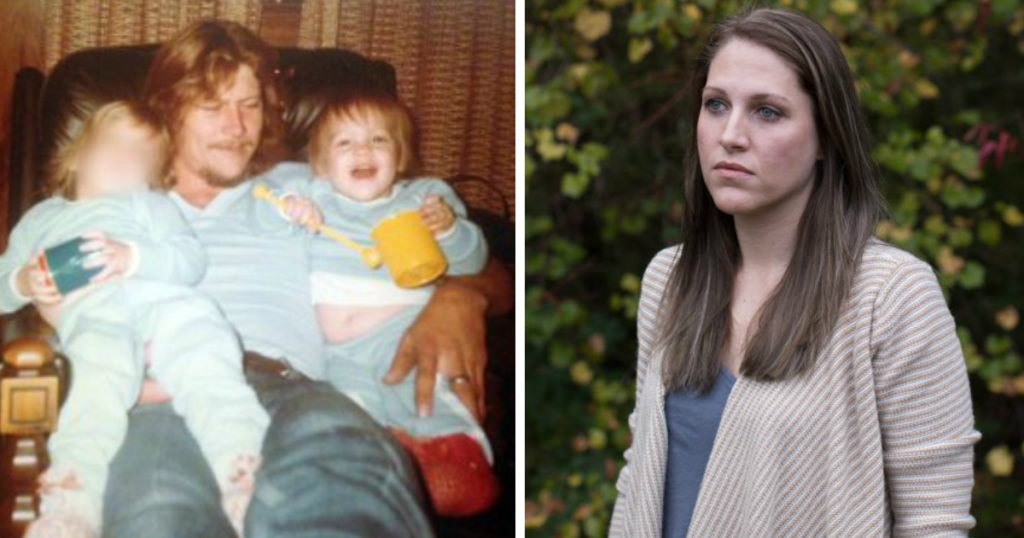 It’s a call that saved Ron’s life. Addiction Campuses admitted Ron into a 30-day recovery program free of charge — long enough to flush the opioids from his system. At the end of the 30 days, Paris called and begged Ron to promise he’d continue treatment. It’s the first promise he in years.

A New Life For Carla And Ron Hiers

When Carla got out of jail she went looking for Ron. When Paris told her he was in a recovery program, Carla reached out and was offered treatment as well. The program sent her to Massachusetts, however. Since she and Ron had been addicts together, administrators believed they needed to recover separately.

Both Carla and Ron Hiers completed their treatment programs and remain in separate recovery. Carla remained in Massachusetts and has rediscovered her faith.

After 48 years of addiction, Ron lives in a shared apartment with some friends from recovery and remains sober. He attends Alcoholics Anonymous, too, and hopes to one day help others by becoming a counselor.

God took this couple’s heroin overdose, an epic low point in their lives, and used it to transform them. And He’s restoring Ron’s relationships with Paris and introducing him to the grandkids he’s never met.

"I have my father back," Paris said near the first anniversary of Ron's sobriety. "It is true that my childhood was rough but now I'm blessed with a father who is growing and changing every day. Someone who did not know how to show love to himself or others is now, through God's grace, experiencing and giving love for the first time. That's a miracle!!"

Time Magazine produced a moving and in-depth interview with Ron Hiers, which you can watch below (just note, some content and language may be disturbing for some viewers). Or read Time’s extensive article HERE.

Seeing Carla and Ron Hiers lives so transformed is truly inspiring. It’s proof that God can take our biggest messes and use them for redemption!

YOU MAY ALSO LIKE: Woman Overdosed With Baby Boy In Car, Then Posts The Photo Online