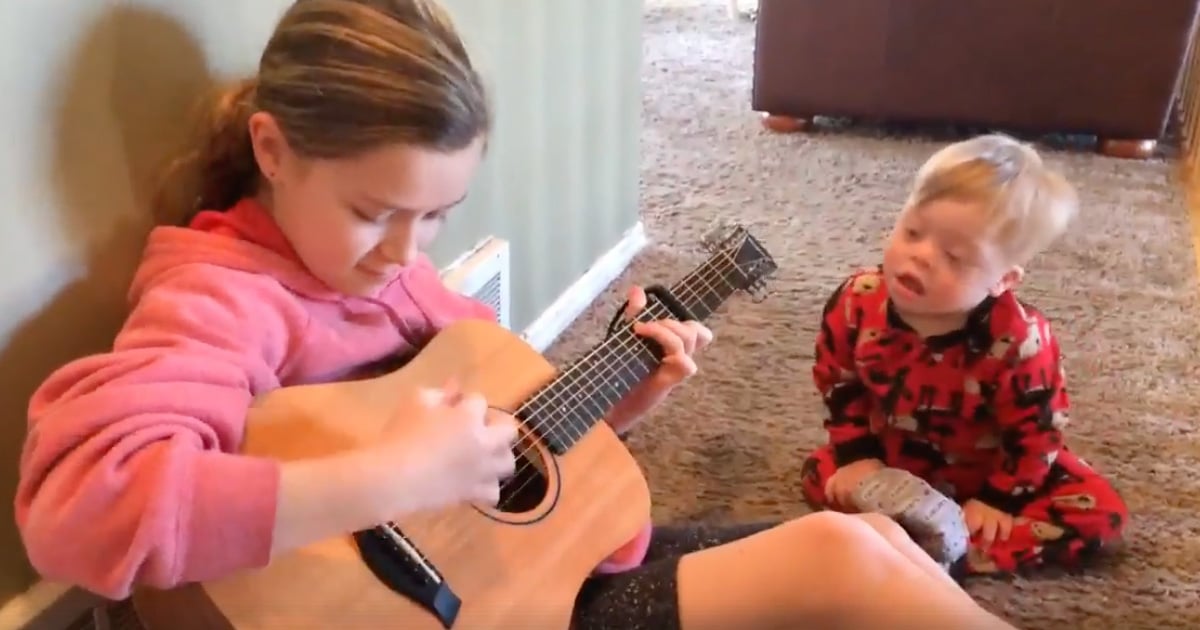 When firefighters responded to an apartment fire in Decatur, Georgia they had no idea what they were about to catch on camera. But this rescue you have to see to believe. When a man called 911 about an apartment fire he told the dispatcher that people were trapped inside the apartment. That's when these incredible firefighters stepped into action. 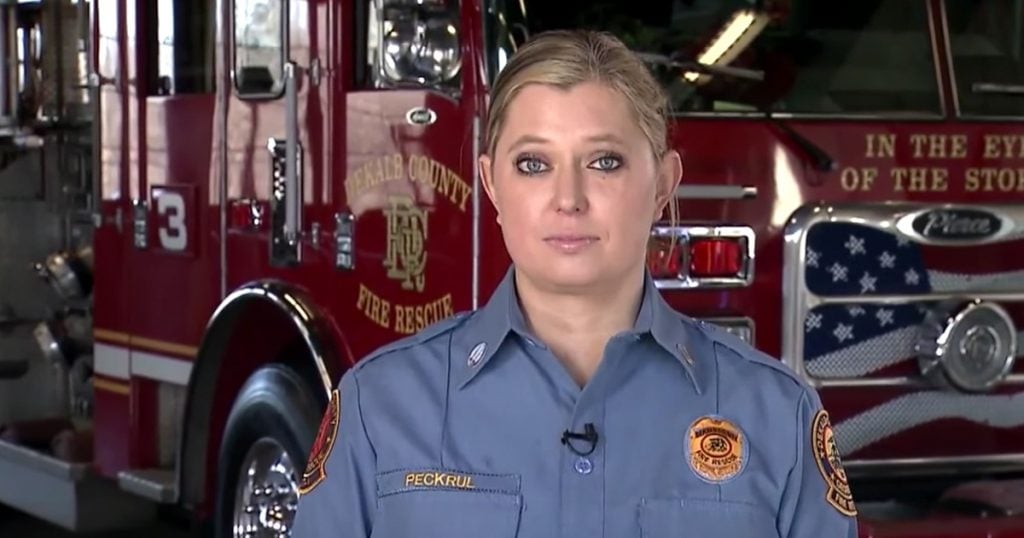 They set up two rescue ladders and the plan was for the firefighters to climb up and assist the family down. But then they found out there were 8 children trapped inside things quickly changed. Fire Captain Jackie Peckrul was on her way up one of the rescue ladders when she realized a baby was about to be tossed down to her. Thankfully she made the catch. Being a mom of triplets herself Jackie knew how terrified these parents must have been to be willing to drop their 4-week-old baby down to a total stranger. 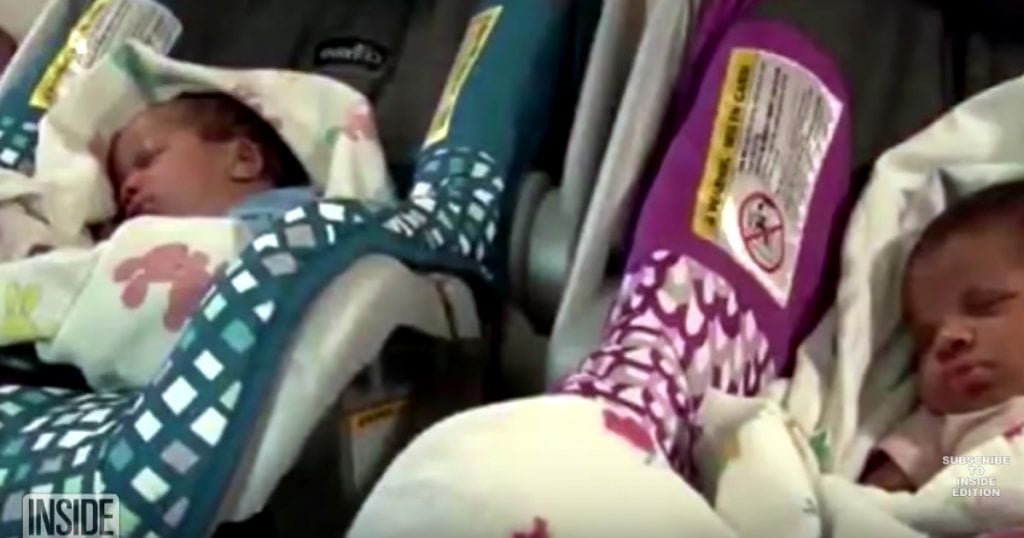 This rescue was hectic to say the least and one of the firefighter's body camera's caught on of the most amazing moments. As the father was climbing down the ladder holding his toddler he realized he needed to toss the toddler down for both of their safety. Captain Scott Stroup was standing at the bottom of the ladder when the father realized what he would have to do. And thankfully Scott is a great catch! 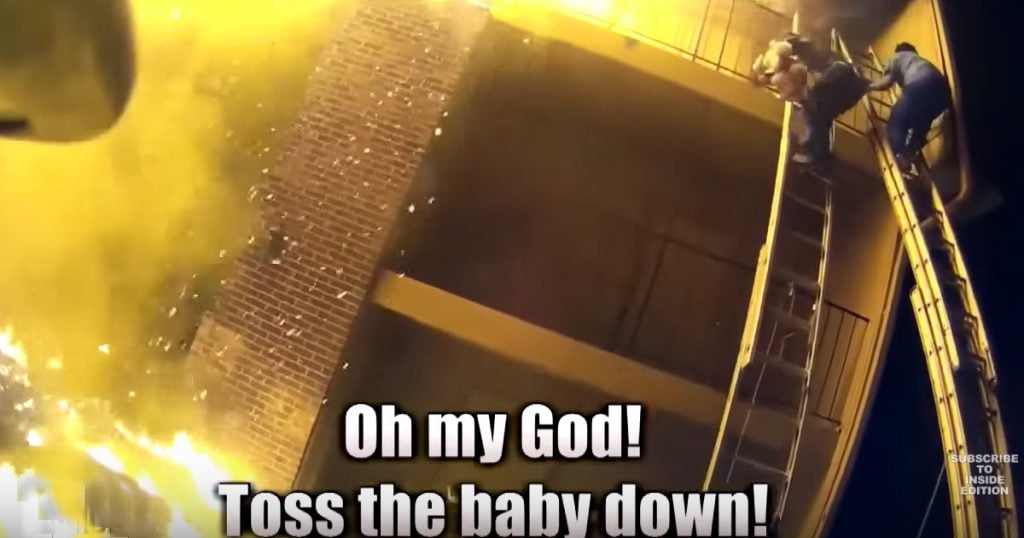 It is incredible to see how he made this quick catch with this tot almost entirely upside down! As soon as he knows he has the toddler he makes a run for it to get them both away from the flames. 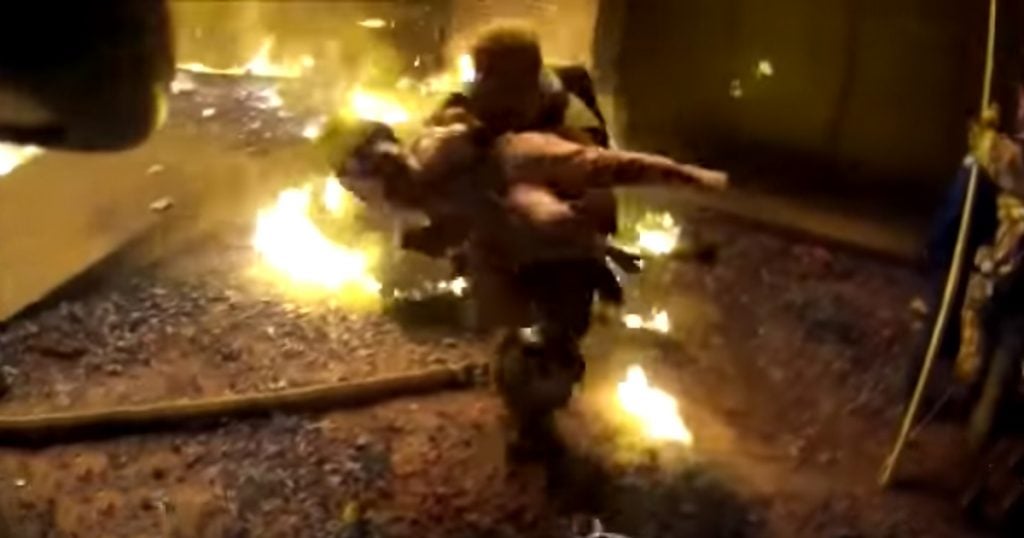 What an incredible moment caught on camera. It just goes to show why firefighters are such heroes! And thankfully everyone escaped the blaze and is okay. The Lord was truly with these firefighters as they caught these helpless children!

YOU MAY ALSO LIKE: Compassionate Firefighters Comfort Scared Children After a Car Crash