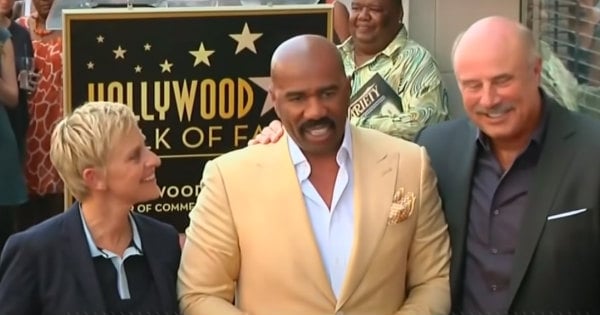 Fort Lauderdale firefighters show up to save an 83-year-old veteran, but they stay to mow his lawn! This act of kindness is beyond heartwarming.

Just like other firefighters around the country, the Fort Lauderdale firefighters put their lives on the line for us every single day. It is indeed a special calling, perhaps God calling them to be protectors. It's a calling bigger than themselves where they know they can make a difference. They race into blazing buildings or use the jaws of life in order to pull someone out of a car to safety.

While waiting for a call, they also provide basic first aid, and do hours of community outreach where they provide station tours for the public or talk about safety concerns for babysitting safety, exit drills in the home, wildfire safety, fire prevention, and using a fire extinguisher.

But what the Fort Lauderdale firefighters did after responding to a 9-1-1 call will warm your heart. 83-year-old Army veteran Prince Pickney- who served as a missile tech during the Vietnam War - was mowing his lawn. It's something that needs to get done on a weekly basis, and it's usually a good form of exercise for most folks who are in good health and able to do it.

But one morning it became too much for Prince. As he was mowing, he collapsed. He had experienced heat exhaustion, which aggravated an injury to his leg suffered during a previous stroke.

"When my leg gave out, I just fell right in the yard out there," Prince said. A passerby saw that his wife, Rebecca struggled to help him up. That's when first responders were called to the home. "He slipped, he just fell," his wife Rebecca added. "I had him by the arm, but I couldn't hold him up," she said.

According to a post on Fort Lauderdale's Facebook page, the first responders treated Prince for his heat exhaustion and injuries sustained from his fall. They helped cool him off, but what happens next will surprise you. Instead of heading back to the station, they went to finish the work Prince was doing in the yard.

“Once his medical emergency was over the crew stepped in and finished cutting his grass!” the department said in the post. “This is truly what it is all about.”

YOU MAY ALSO LIKE: He Gave Up Music After Tragedy Struck, But Now Dad Is Playing Guitar For His Miracle Baby

We couldn't agree more. This is what following Jesus is all about. Being the hands and feet of Jesus in everyday life. It is indeed a blessing when we can show love, kindness, and compassion to others. What a true blessing they were that day for Prince and those who witnessed their actions.

WATCH: Fort Lauderdale Firefighters Show Up to Save 83-Year-Old Veteran, But Stay to Mow His Lawn

"He who has pity on the poor gives to the Lord, and the Lord will give him his reward." Proverbs 19:17