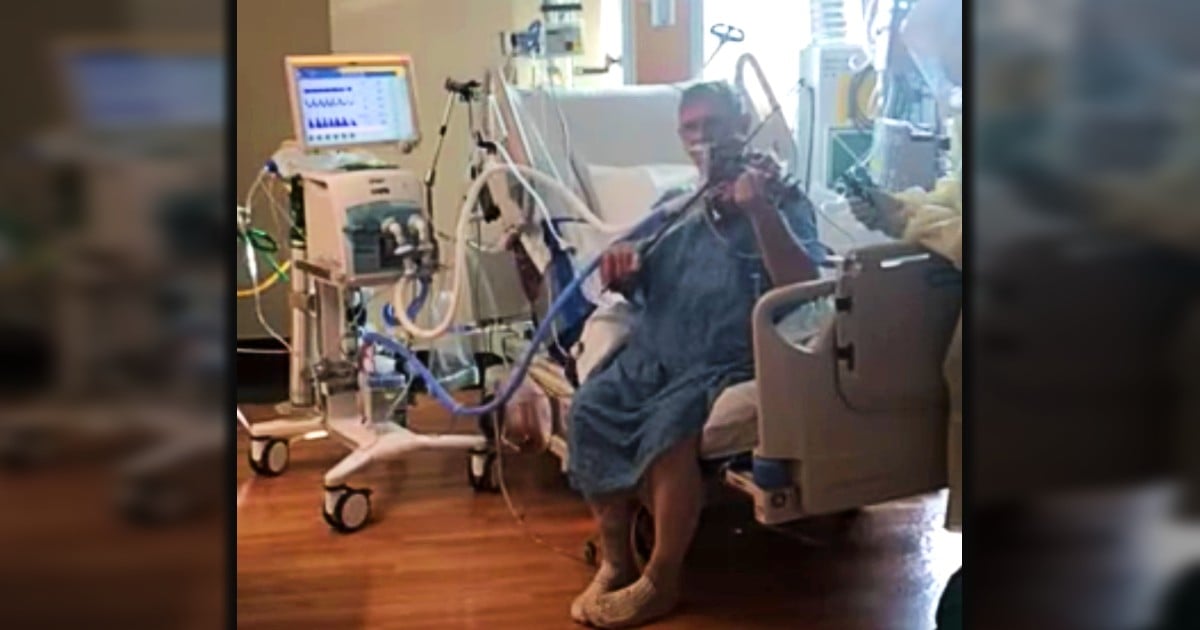 Gabe Adams, a baby born without arms or legs, got a second chance after his mother rejected him. And it’s inspiring to see all he’s overcome!

We all will experience rejection at some point in our lives. But sadly, Gabe Adams experienced it at birth, when his own mother rejected him.

At just two days old, Gabe’s mother abandoned him. And all because he was born without arms or legs.

Doctors realized the baby boy suffered from a rare condition called Hanhart syndrome. Because of the condition, Gabe Adams never developed any limbs. And as he lay alone in a hospital bed in Brazil, the chances of finding a home for him seemed slim.

Gabe could have easily spent his life in an orphanage. But God had bigger plans for this baby boy!

Janelle and Ron Adams were worlds away when Gabe Adams was born. The couple lived in Utah in the United States and already had 13 biological children of their own. So, no one would have ever expected them to be the ones to adopt this little boy from Brazil with no arms or legs.

But one day, while Janelle was at the grocery store, she saw a picture of Gabe and decided to do just that.

“We had our concerns, but I couldn’t stop thinking about the sweet little boy so far away without arms, legs, or a family,” she said.

Janelle and Ron went through the process of adopting a little boy they hardly knew. They say it was one miracle after another to get him here. But at last, they were finally able to bring Gabe back home with them to Utah.

Because of that photo in the supermarket, Gabe Adams had an entirely different life than he would have had in Brazil. He had a loving support system who refused to let his missing limbs hold him back from living his best life.

Gabe’s parents set their sights on helping their son become as independent as possible. While there was a wheelchair for him to use, most of the time they encouraged him to do things on his own.

RELATED: Man Born Without Limbs Encourages With ‘If I Can' Motto – Short Inspirational Story Of Chris Koch

It wasn’t easy. But his family’s faith in his abilities inspired Gabe to work towards independence, too. And by 12, even with no arms or legs, Gabe could pretty much do everything the other kids could do, from dressing himself to walking, eating, and even going up and down the stairs!

“I hated my parents for making me go through all that hard work,” Gabe said. “But now I look at them and celebrate that they pushed me to be independent and be the person that they knew I could be.”

Not Just A Physical Battle

In addition to the physical difficulties, Gabe Adams has also faced cruelty from others. Even though he was achieving so many things people wouldn’t have thought possible, his missing limbs made him an easy target for bullies in school. And at times, their harsh words even made him question how God viewed him.

One incident during an art class stands out in particular.

“This kid said to me: ‘It looks like God made a mistake on you'. I went home that day and I was crushed. I couldn't get that out of my head," Gabe explained.

But that’s exactly why God placed Gabe Adams with Ron and Janelle!

"A lot of times I used to cry about it and my mom had to pull me aside,” Gabe recalled. “She made me do this thing where every morning I had had to look at myself in the mirror and give myself ten compliments and go out into the world and give other people those compliments."

A real turning point for Gabe was discovering his passion and talent for dancing. His performance in the sixth-grade talent show earned him a standing ovation. After that, Gabe joined the dance team and never looked back!

Gabe Adams Story Is An Inspiration For Others

The challenges Gabe Adams faced would tempt most people to give up. But instead, Gabe just kept pushing to prove to himself, and others, he could do it.

“To be able to show others and myself that I was capable of doing more than what they saw me do on a daily basis meant a lot to me,” Gabe says.

Gabe’s journey as an inspirational overcomer has given him an amazing testimony, which he uses to encourage others. Gabe travels around sharing his story, inspiring people to never give up.

God didn’t make a mistake when He created Gabe Adams. And that fact as really started to take root in Gabe’s heart.

"Do I ever wish I had limbs? Of course,” Gabe explains. “But I know that I don't have arms and legs for a reason so I am just gonna live my life as I can," he says. “I like my body the way it is and I am proud of what It is capable of doing."

And discovering that kind of inner strength is an inspiration for all of us. When we turn our struggles over to God, He can use them to do incredible things!

YOU MAY ALSO LIKE: 15 Real-Life Inspirational Stories That Motivate

“Praise be to the God and Father of our Lord Jesus Christ, the Father of mercies and the God of all comfort; Who gives us comfort in all our troubles, so that we may be able to give comfort to others who are in trouble, through the comfort with which we ourselves are comforted by God.” 2 Corinthians 1:3-4

WATCH: Gabe Adams On Life With No Arms Or Legs