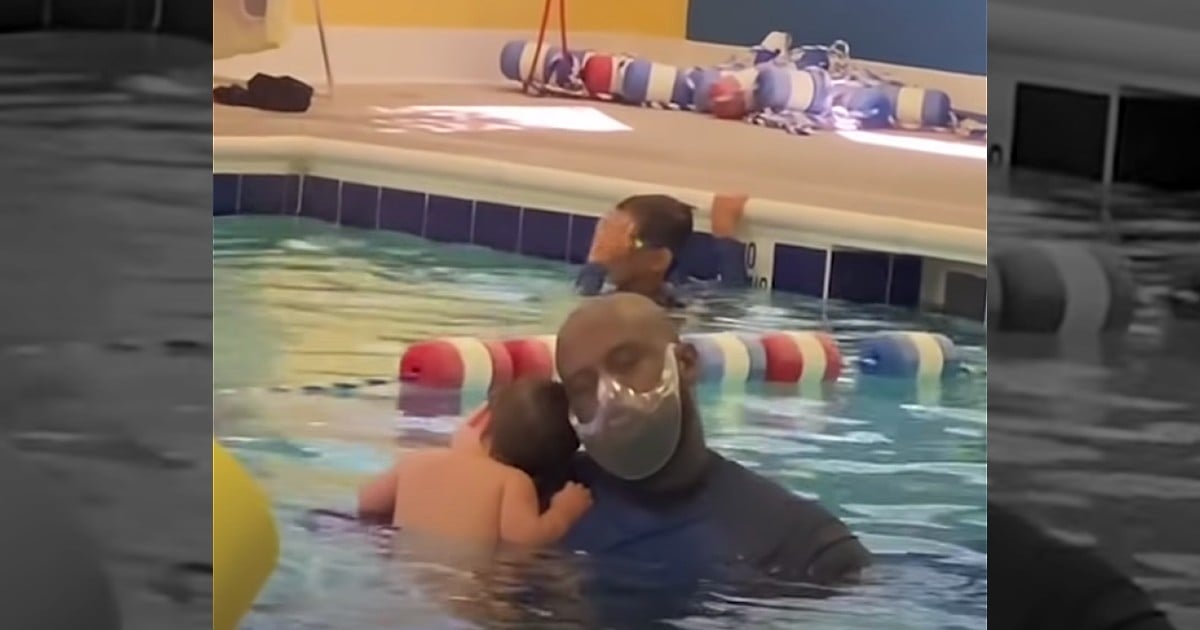 A garbage man and 2-year-old are the most adorable duo! A trash collector who was having a bad day is cheered up by a sweet toddler, and now they are best buds.

Issac Page has never met a stranger according to his mom Chelcee. He smiles big and bright, always welcoming the opportunity to meet a new friend, especially in their new neighborhood.

RELATED: ‘Smiley Garbage Man' Gets A Special Surprise From His Unlikely BFF

But, when Patrick Gullion, a garbage man, pulled up in front of the 2-year-old’s house, Patrick never expected to make a new friend.

Issac ran outside when he heard the rumble of the truck. And Issac couldn't help but smile and wave cheerfully to Patrick. It was enough to melt Patrick's heart and turn his whole day around.

“I was having a bad day, and I come pulling into this little court and happened to look over,” Patrick said, “and the kid was out here smiling and waving, and he kind of cheered me up, kind of made my day.” Patrick then stopped to introduce himself and the garbage man and 2-year-old became instant friends.

RELATED: 2 Little Boys Just Love The Garbage Man Who Spreads Joy So Mom Tricks Him Into Coming Back

That evening when Patrick went home from work, he couldn't stop thinking about Issac's enthusiastic spirit. As a father himself, Patrick and his son decided to go to Walmart to get Issac a sweet little gift!

“I went home that night and I was talking to my son, and me and him shot up to Walmart,” Patrick said, “and thought we would buy him some gifts, and my son just so happened to find the little garbage truck, little Paw Patrol garbage truck in the aisle, and that’s the first thing we picked up.”

The very next day Patrick went out of his way to say hello to Issac. He then gave him an "Issac-sized garbage truck" in the form of the Paw Patrol toy. Issac was absolutely thrilled to receive such a gift. But he was even more excited to see his new friend Patrick at his door.

The garbage man and 2-year-old have been friends for quite a while now. Patrick stops in often to see his little buddy and he will often tell Issac, “Don't let the chain of love end with you.” And we couldn't agree more. Showing love to someone doesn't have to be a big gesture, it can be as simple as a smile.

YOU MAY ALSO LIKE: Garbage Man Checks His Surveillance Camera Just In Time To Save A 7-Year-Old Boy

“One who has unreliable friends soon comes to ruin, but there is a friend who sticks closer than a brother.” Proverbs 18:24

LISTEN: Vigilant Grandma Spots Vehicle From Amber Alert In Minnesota And Saves A 1-Year-Old Boy; Man Spots Something Odd About Ceiling And Stumbles Into Secret Attic Room Full Of Treasures