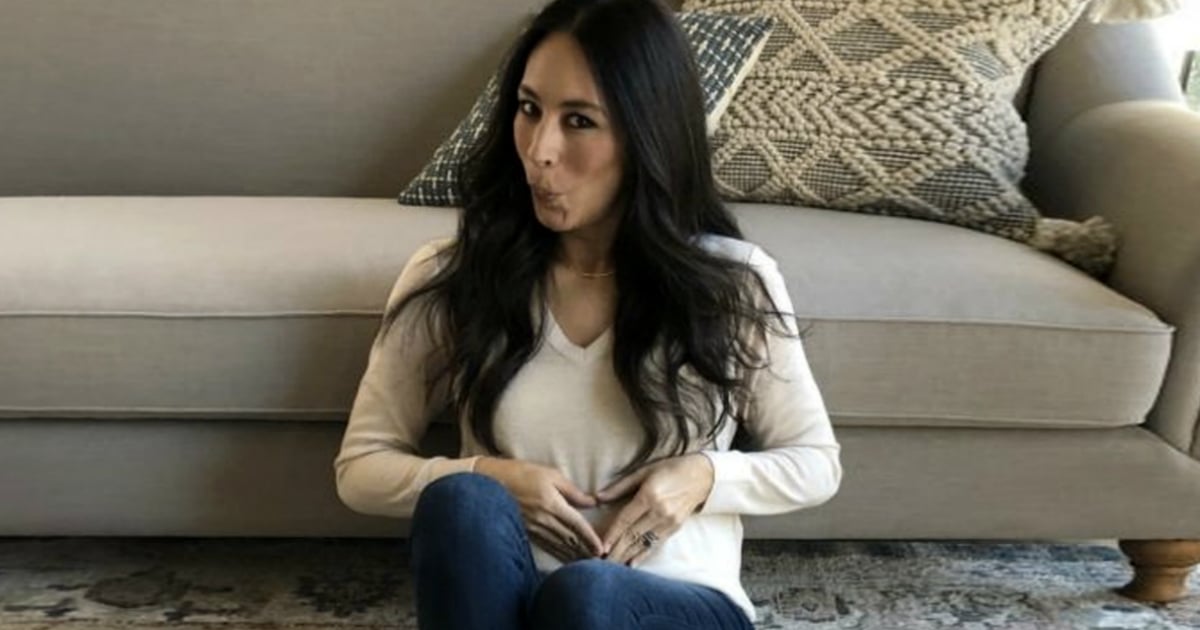 Pastor Wilfredo De Jesús is teaching a lesson on honoring people. And during his message, he encouraged his congregation to give a generous tip to a pizza delivery person.

Pastor Wilfredo De Jesús ordered a pizza and it was delivered by a lady named Monique. The Pastor called her on stage and had her introduce herself. He never met her before, but he knew that God wanted to do something big in her life and He was going to use the church congregation to do it. 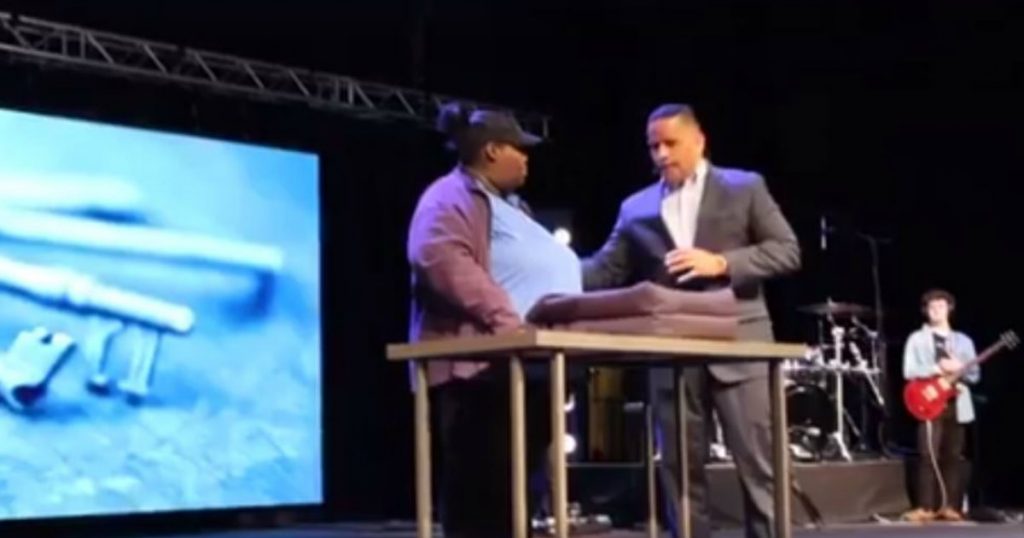 And since Pastor was talking about honoring people for the whole month of February, it was the perfect opportunity to let something huge happen. Leading by example, the Pastor tipped her one hundred dollars. And then He prompted the congregation to join in and give her more money also.

And people came flooding from out of their seats to give this woman money. She was so caught off guard. Emotions overwhelmed her and started to cry when she watched people dropping large sums of money into her hands. As people were continuing to bring their money to the stage, Pastor Wilfredo De Jesús confirmed that God pressed it upon his heart to do this and that it was not a planned thing. He told her that God wanted to bless her. 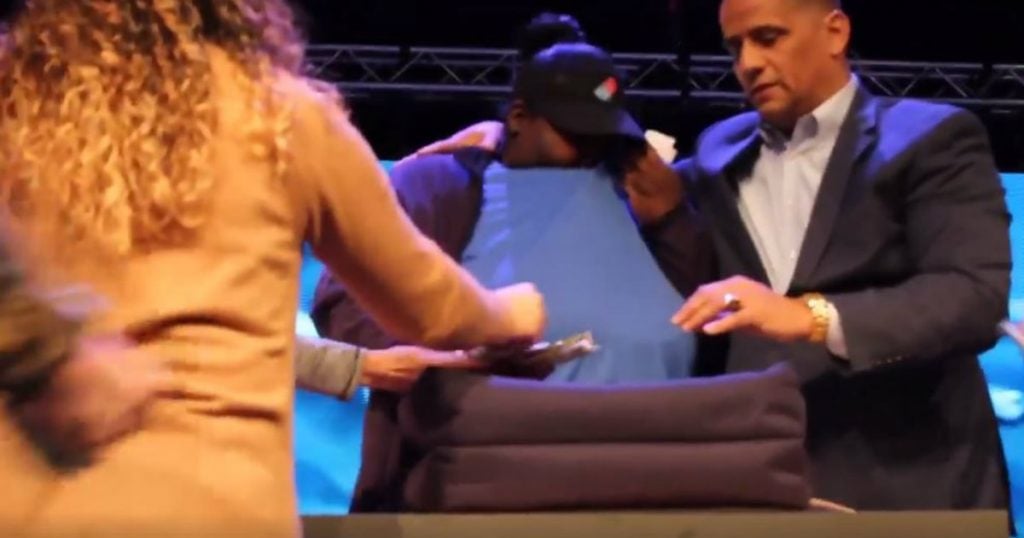 He then told his congregation that She confirms what Pastor Wilfredo De Jesús was saying. She told the congregation that she is a single parent of two children. And she was honest about the fact that she was not prepared to have kids. So, she was having a lot of financial struggles. 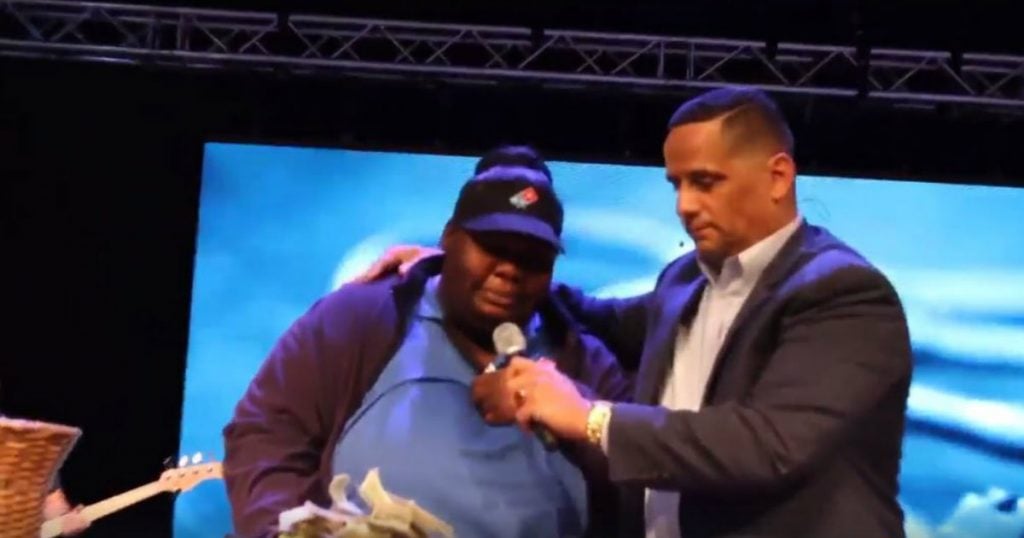 The gift that the church gave her was so significant and she was moved by the help that she was getting. The Pastor encouraged her to use it wisely for her family. He told her how much she means to God. She is His daughter and He wanted to bless her. And she got to experience that in a tangible way through this offering.

YOU MAY ALSO LIKE: Chick-fil-A Steps In For Church Without A Place To Worship