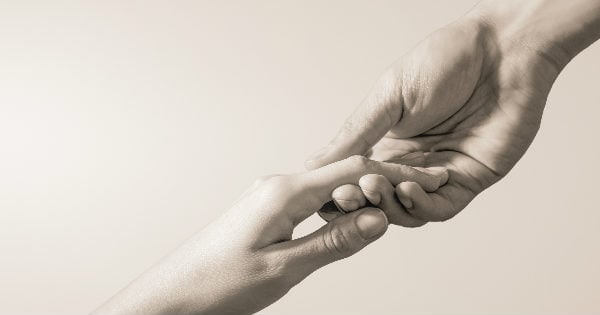 A brand new police dog had an amazing first day on the job. This heroic police dog tracked down a missing mom and baby, and it was only his first shift ever!

First days on the job are often nerve-wracking. You don’t have time to ease into the flow of things. Your new boss expects you to hit the ground running. Then there are co-workers to meet, and of course, sniffing out the perfect spot to nap. At least, that was what Max, a newly licensed german shepherd police dog was thinking. He might have also been concerned with making a good impression because he set the bar high for all other working dogs.

RELATED: Fleeing Suspect Slams Into Police Officer But Wife Says Angel Was Watching Over The Father Of 6

The two-year-old Welsh dog reported for his first day of duty with his handler PC Peter Lloyd. Max sprang into action as soon as he was on the clock. The police department was just as busy as any other day when they received a phone call about a woman and her baby who were missing.

Jonathan added, “This is where PD Max’s tracking skills really came into play. Despite only recently becoming licensed, and on his first operational shift, he immediately commenced an open area search."

Max seemed to sense that time was of the essence as he put his training to the test. After an hour and a half of searching, Max led his team right to the missing mom and her baby who were stuck on a steep ravine!

There they found the woman in her car, who was waving frantically for help. After she was rescued, chilled but safe, PC Peter praised the heroic dog saying: “Max remained focused throughout the long search and he proved invaluable when he reacted to the call for help which resulted in us locating them.”

YOU MAY ALSO LIKE: Dog With A Heart Of Gold Can Be Seen Bringing Food To Feed A Stray Cat

The mother and her one-year-old son were treated by paramedics and made a full recovery thanks to their unlikely hero. Max may be a general-purpose dog, used for tracking and locating people in buildings and open-air, but he isn't so ordinary to the lives he just saved. He may just be God's guardian angel wrapped in fur.

"Let each of you look not only to his own interests, but also to the interests of others," Philippians 2:4.